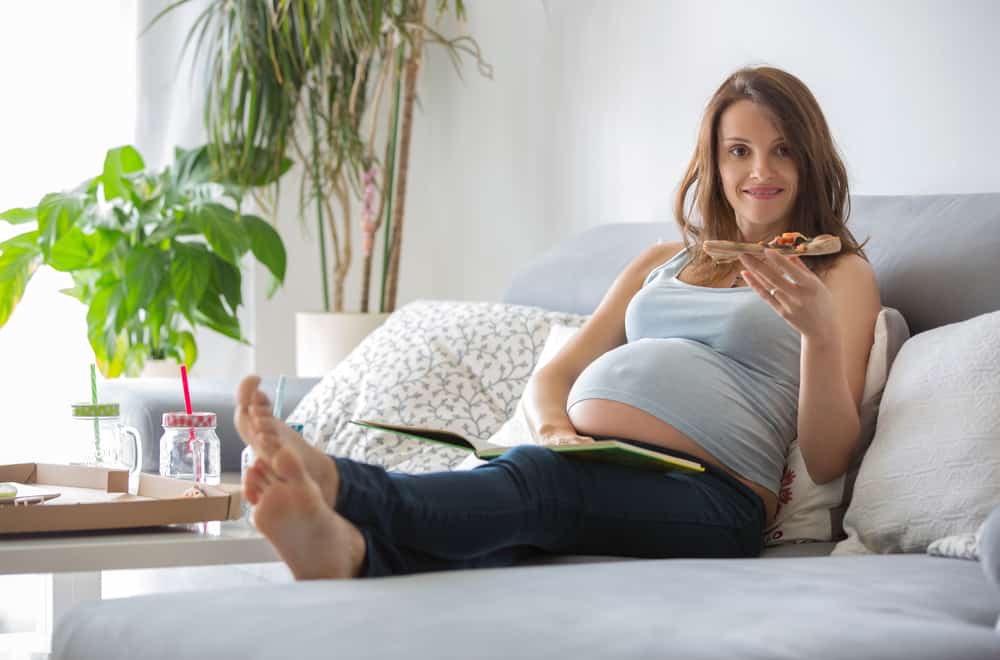 We all don’t care about our eating pattern, taking in all manner of foods from greens to junks as far as it tastes nice or was recommended by medical practitioners. 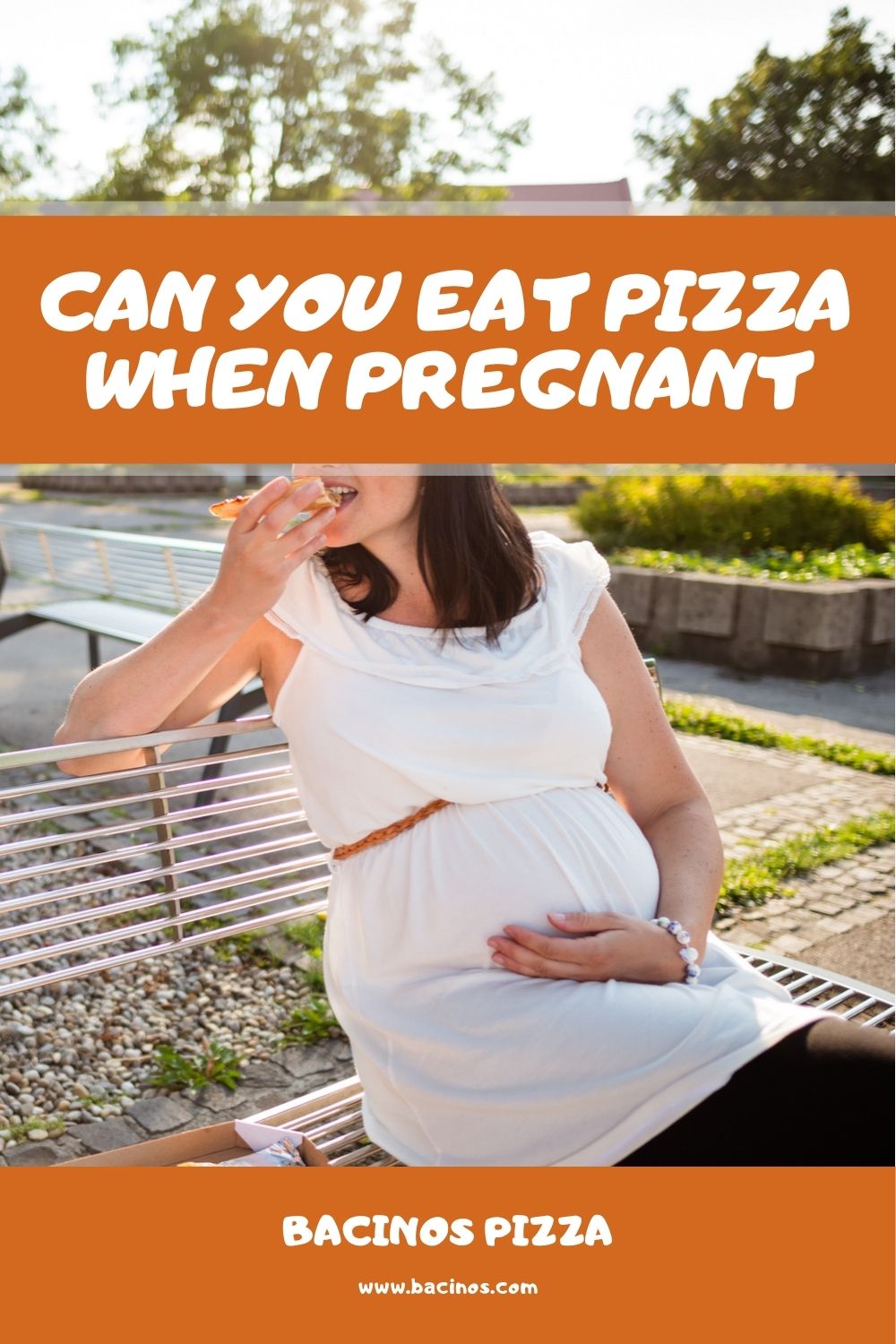 But all these impulsive eating habits stop immediately when we see those two lines on the stick. Being pregnant is a delicate situation that requires extra care for you and from you.

Hence, you are charged with the responsibilities of taking in foods and drinks. Scientists have confirmed that babies actually eat and even taste what their parents eat through the umbilical cord, this has created concerns for pregnant women on the topic of eating pizza during pregnancy.

Is eating pizza safe for pregnancy? 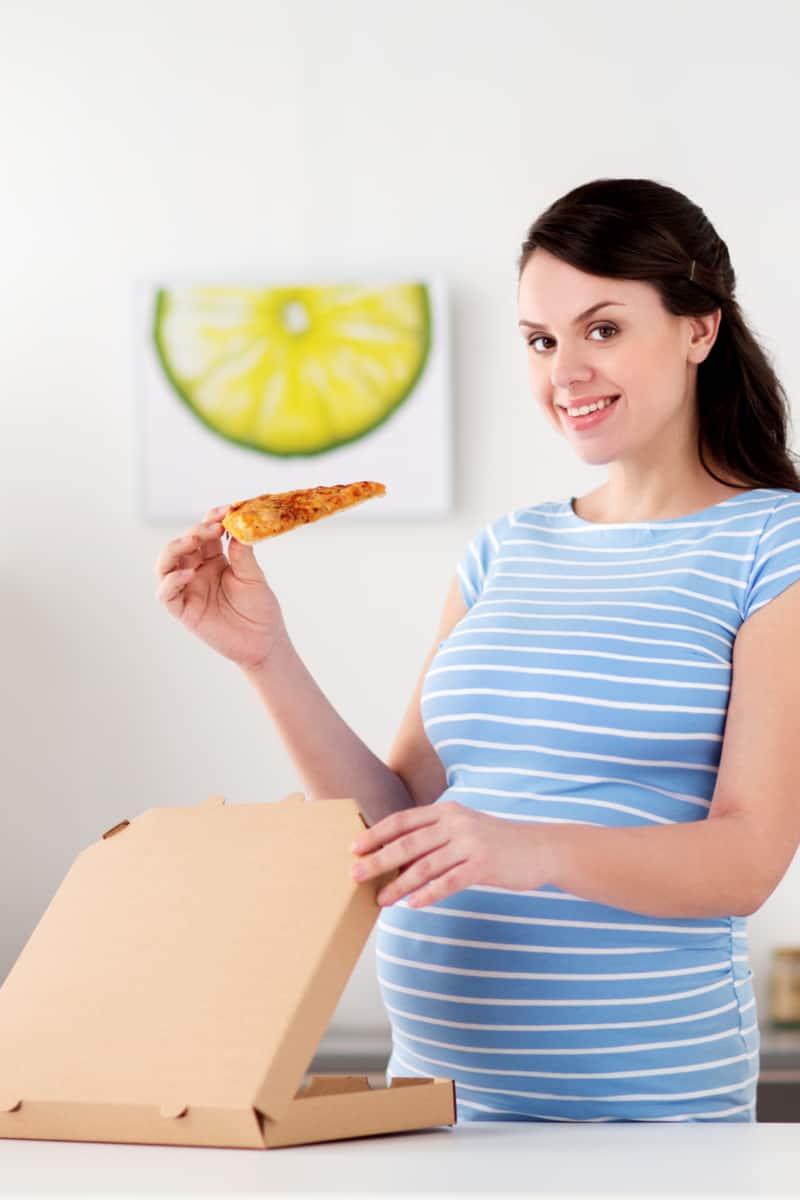 According to Dr. Anita Sabherwal Anand, a special gynecologist and obstetrician at Sitara said that the safety of eating pizza during pregnancy cannot be amassed to a definite YES or NO.

This is because the eating pattern differs from person to person. Dr. Anita said that pizza is one of the best available options for pregnant women with low appetite in their first stages of pregnancy, this is recommended for minimal to moderate consumption.

But this advice is also disregarded for pregnant women with health issues such as obesity or gestational diabetes. Overweight pregnant women are required to keep a certain level of weight during pregnancy for the safety of their baby, foods like junks or pizza will be discouraged by the gynecologist.

Similarly, women with a history of diabetes or women who are currently pregnant with diabetes will have to discuss with their food educators and nutritionist on the plans to eat pizza, as this may have a significant alteration of your insulin level.

This will in turn alter your doses and may keep your baby in danger.

Is pizza on the whole dangerous for pregnant women?

Pizza as a whole food is certainly not dangerous for pregnant women, but some factors and ingredients can potentially harm pregnant women with weak immune systems.

Ideally, it is not 100% safe to consume pizza but one cannot avoid some of the guilty pleasures of life even during pregnancy. Here are some parts of pizza which includes crust and toppings and their effects on pregnant women; 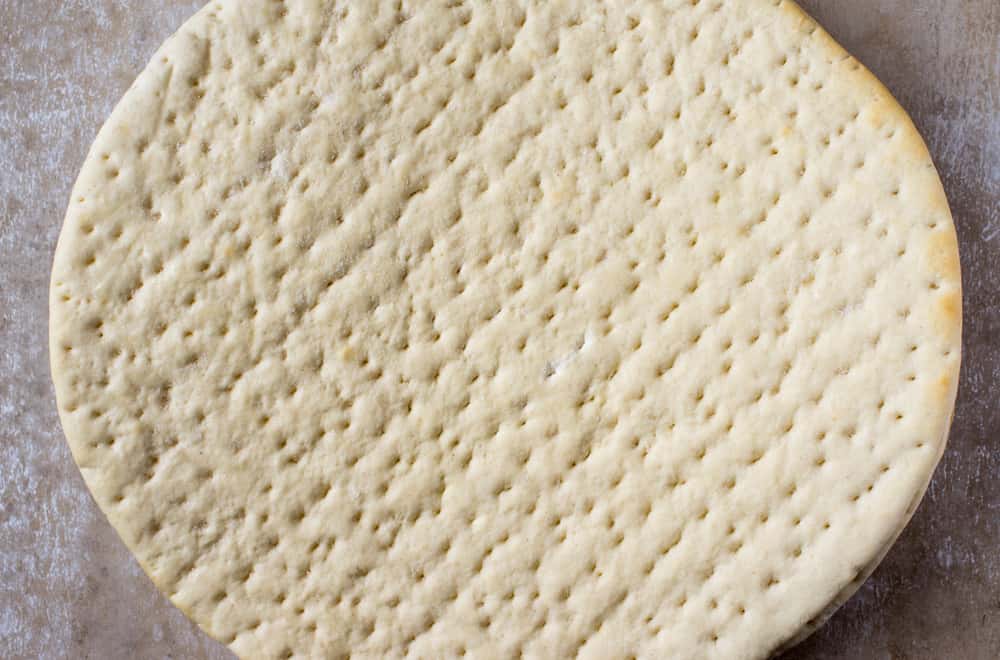 According to one of the most popular health and fitness blogs TODAY, the average pizza crust contains roughly 50 calories. This is one crust alone out of the twelve in the box excluding the toppings or sauce.

The average pregnant woman is expected to consume healthy calories ranging from 1800-2400 calories per day.

There is a big concern on whether the cheese or a particular type of cheese should be consumed or avoided. 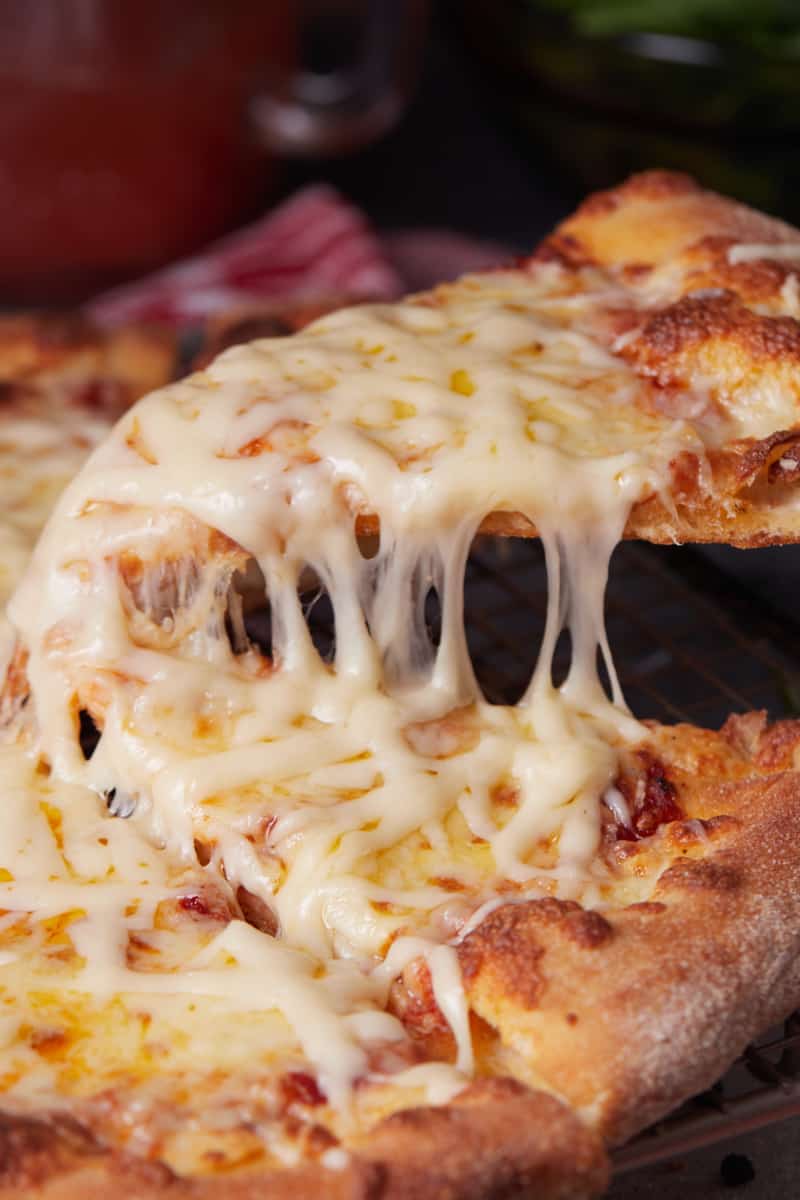 Pizza crusts are always made with cheese or/and Mozzarella. But what kind of cheese is advised for a pregnant woman. Generally, cheese is made using unpasteurized milk.

But according to the Health Line, most cheese found on the counters of the United States are safe for consumption, so it is safe to say cheese like cheddar, provolone, mozzarella, colby, ramano, ricotta, and any cheese made with pasteurized goat or cow milk is safe for consumption.

Cheese that is soft, blue-veined, or bacteria ripened are to be avoided such as brie, feta, pamela, or cheese you can find in the deli or special aisle store. This is because these are made with unpasteurized milk containing a high strain of bacteria which can cause food poisoning. 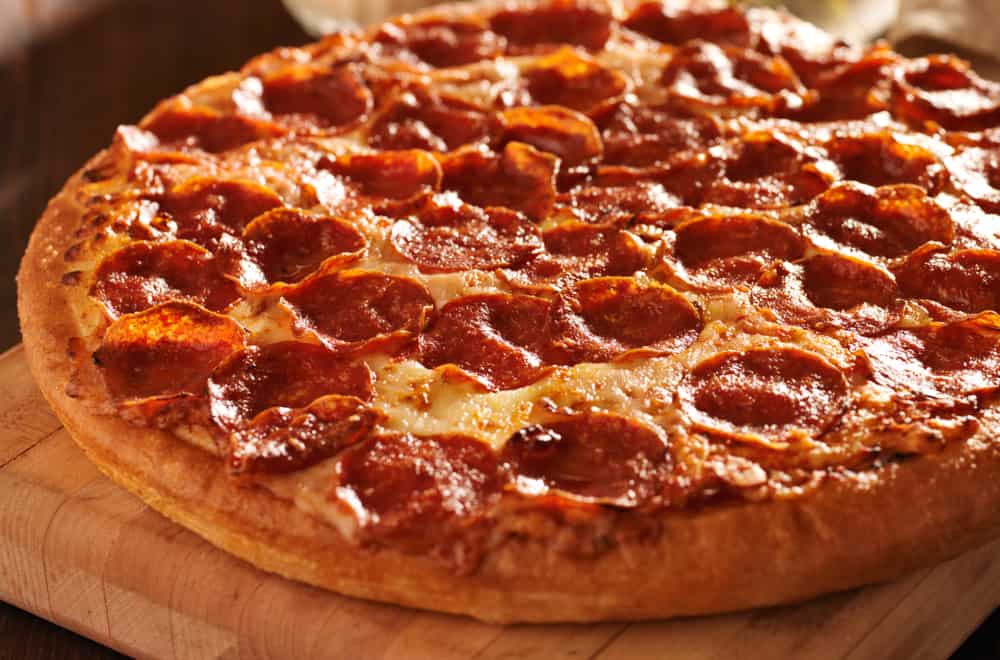 What is a pizza without pepperoni, pepperoni is the jelly to the peanut butter of pizza. But what do we know about this delicious topping?

Pepperoni is a type of salami made from beef or pork trimmings then heavily spiced with chili, paprika, and other spices. It is often cured raw using preservatives and even nitrates.

Well, that doesn’t sound healthy, with a considerable amount of heat it should be to the average human. Before eating pepperoni, ask about your nitrate allergic hypersensitive level from your gynecologist, if you are safe it is okay to eat pepperoni.

But ensure that it is sizzling hot as most cured deli meat is known for its high content of bacteria and toxoplasmosis. Make sure the cured meat has passed through a very high temperature capable of killing all the bacteria. 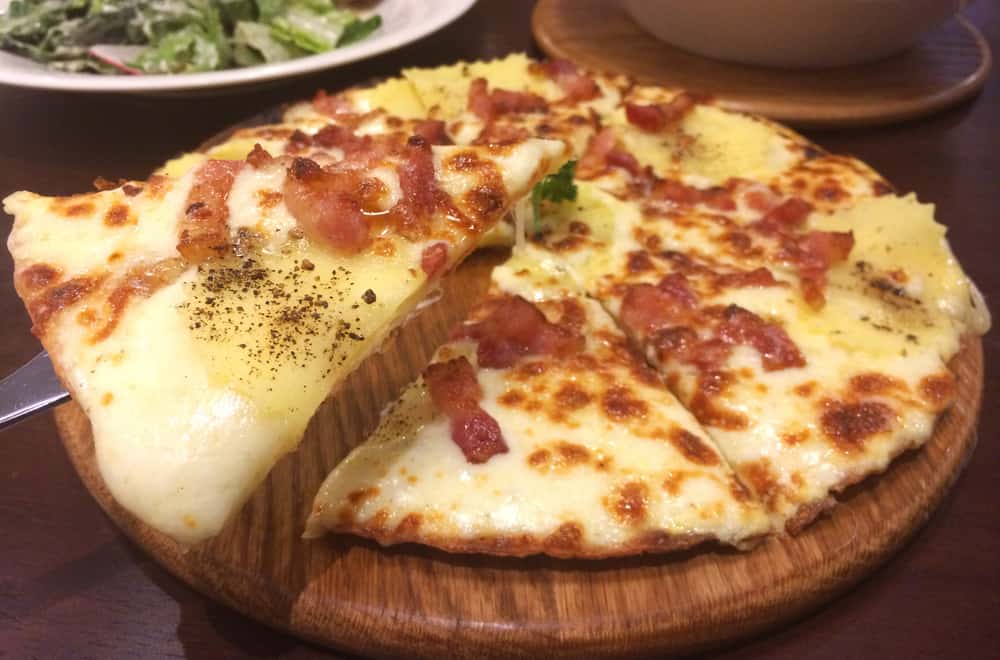 Bacon is one of the most popular pizza toppings, but this unprocessed, nitrites treated beef has its advantage and disadvantage, as a type of raw meat, it might have originally been contaminated with bacteria which can cause food poisoning.

But eating a strip of bacon that has passed through a heat level of 72-80°C is safe for eating in minimal amounts.

Since bacon is a fatty food, minimal to moderate consumption should be followed as scientists discovered the linkage of fatty foods to high weight gains in babies’ development. This can lead to tears during vaginal childbirth. 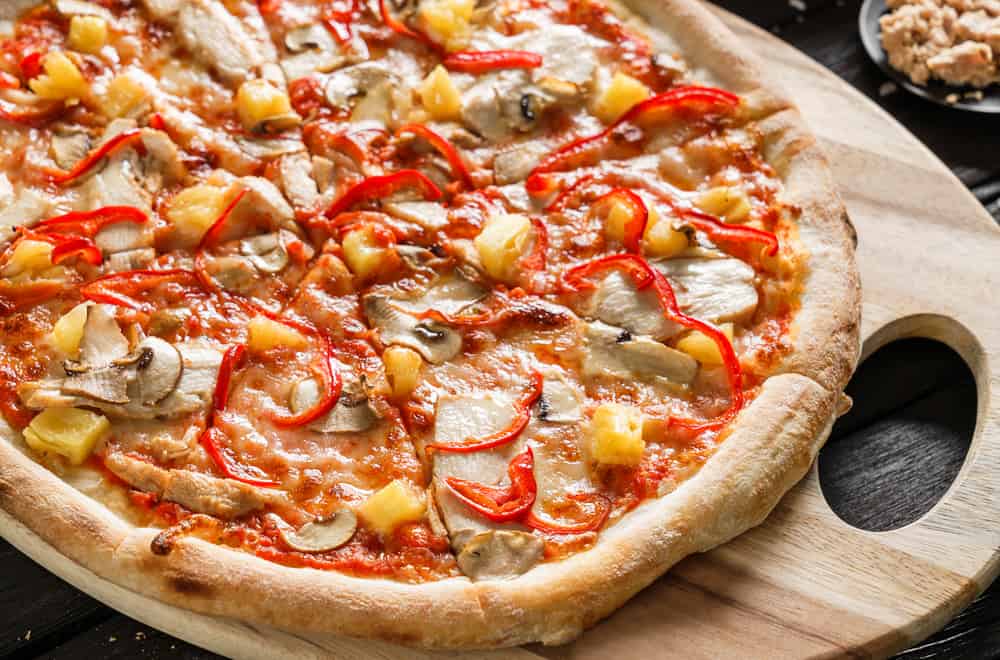 Fruits and vegetables are the perfect toppings choice for pregnant women if they have been passed through high heat.

But if they are raw, there is a cause of worry due to contamination of listeria and another toxoplasma, if you intended on ordering a Hawaiian pizza also known as the Ham and pineapple pizza, it is safe to eat so fast as they have been heated properly.

If the pizza is raw, there may be a need for concern. Other toppings like mushrooms and spinaches must be washed thoroughly and cooked under heat high for safe consumption.

There are rumors surrounding pineapple and pregnancy, the bromelain enzyme in pineapple is not strong or high enough to cause any damage to the pregnancy. 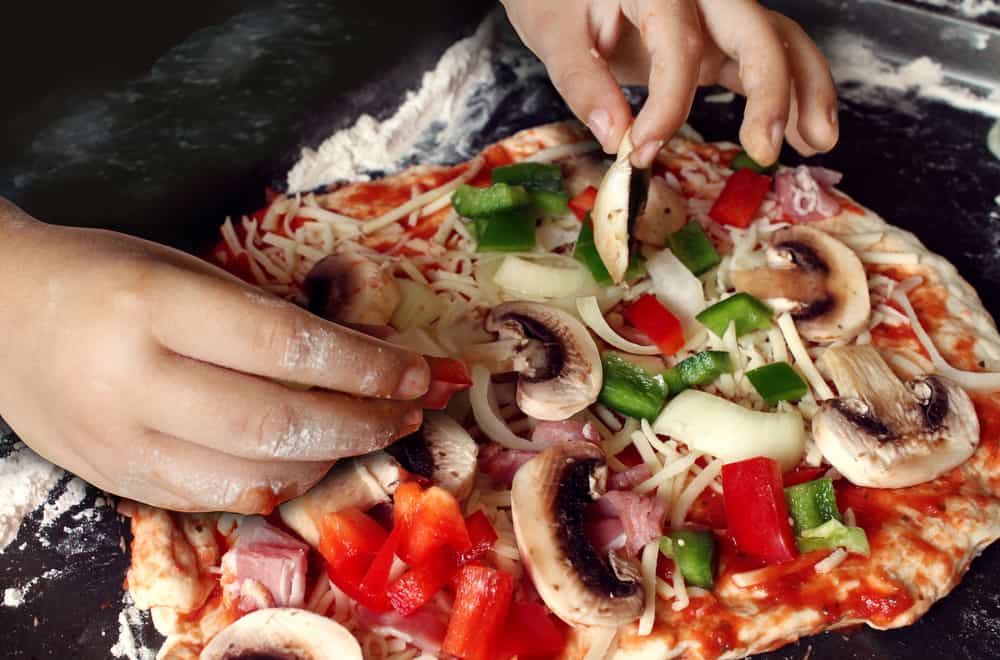 If you considered taking a break from commercial food-chain merchandised like Pizza hut, Arby’s, or Dominos and you intend on making something original and safe, there are some guidelines to follow and they include;

This YouTube video shows how you can make a homemade vegetarian pizza. Why not get into the kitchen and make some, plus it counts as a workout!

It is okay to eat pizzas during pregnancy as one or two fats here and there cannot cause potential harm to the baby. Consistent overconsumption is bad as it can lead to several health issues for you and your baby due to your weakened immune system.

If your nutritionist goes against the consumption of pizza, kindly adhere to the instructions as your health condition may not be suitable for it. Several vegetarians pizzas can also suffice as the original pizza, these types are very good and are made with plant-based ingredients. 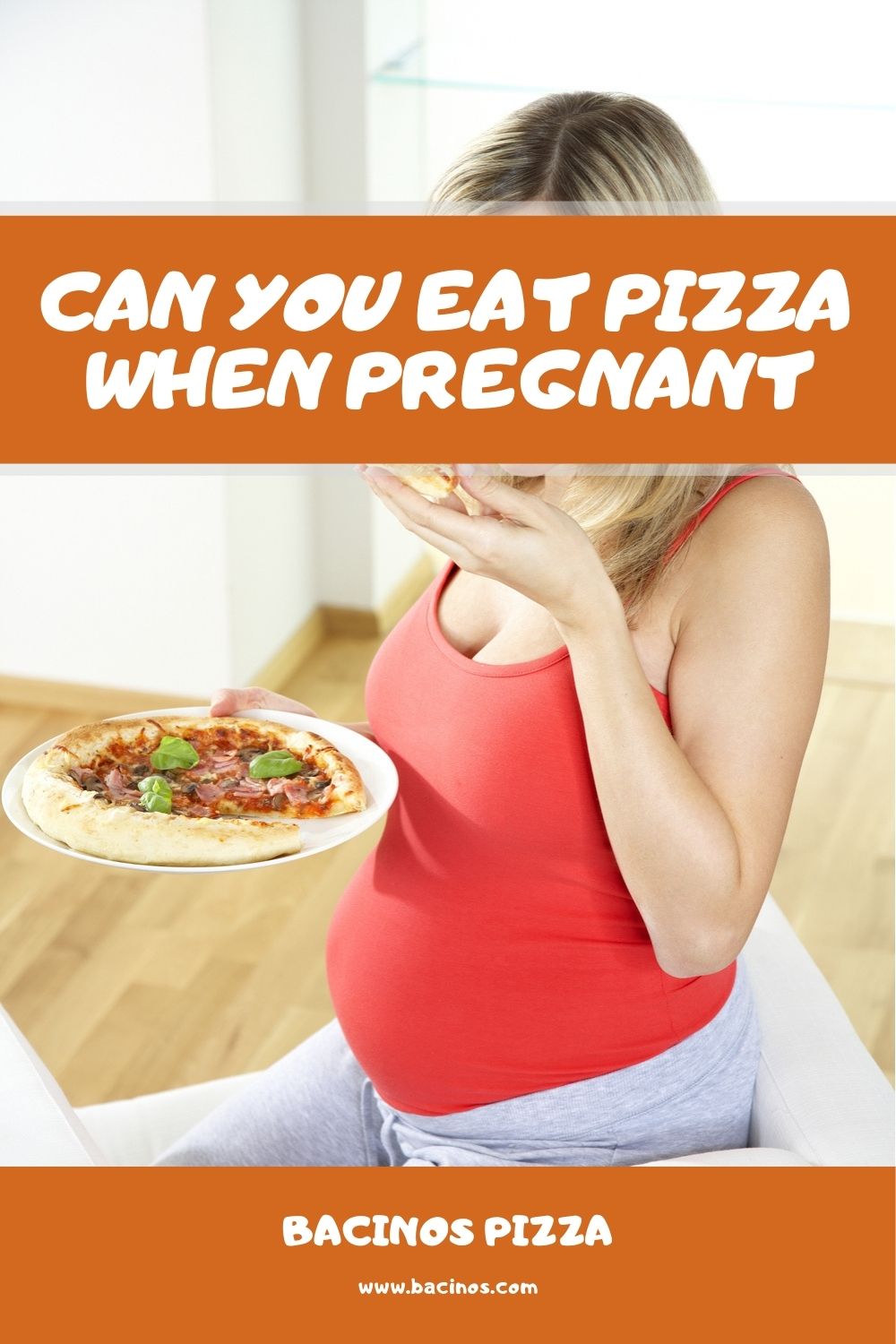 5 Reasons Why Little Caesars Pizza is So Cheap