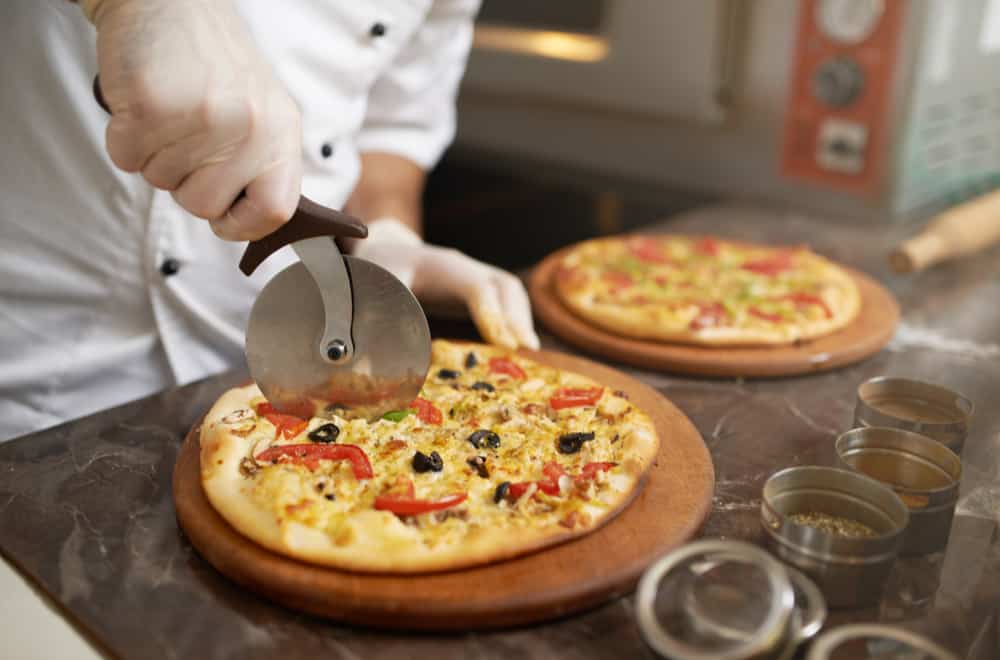 You love pizza – deep pan, thin and crispy, New York and Sicilian. They all combine those delicious dough, cheese and tomato flavors. But you’ve heard of a new term and you’re not sure what it means.

Perhaps you’ve seen it offered on a pizza menu and wondered what it was. So what is clean cut pizza? 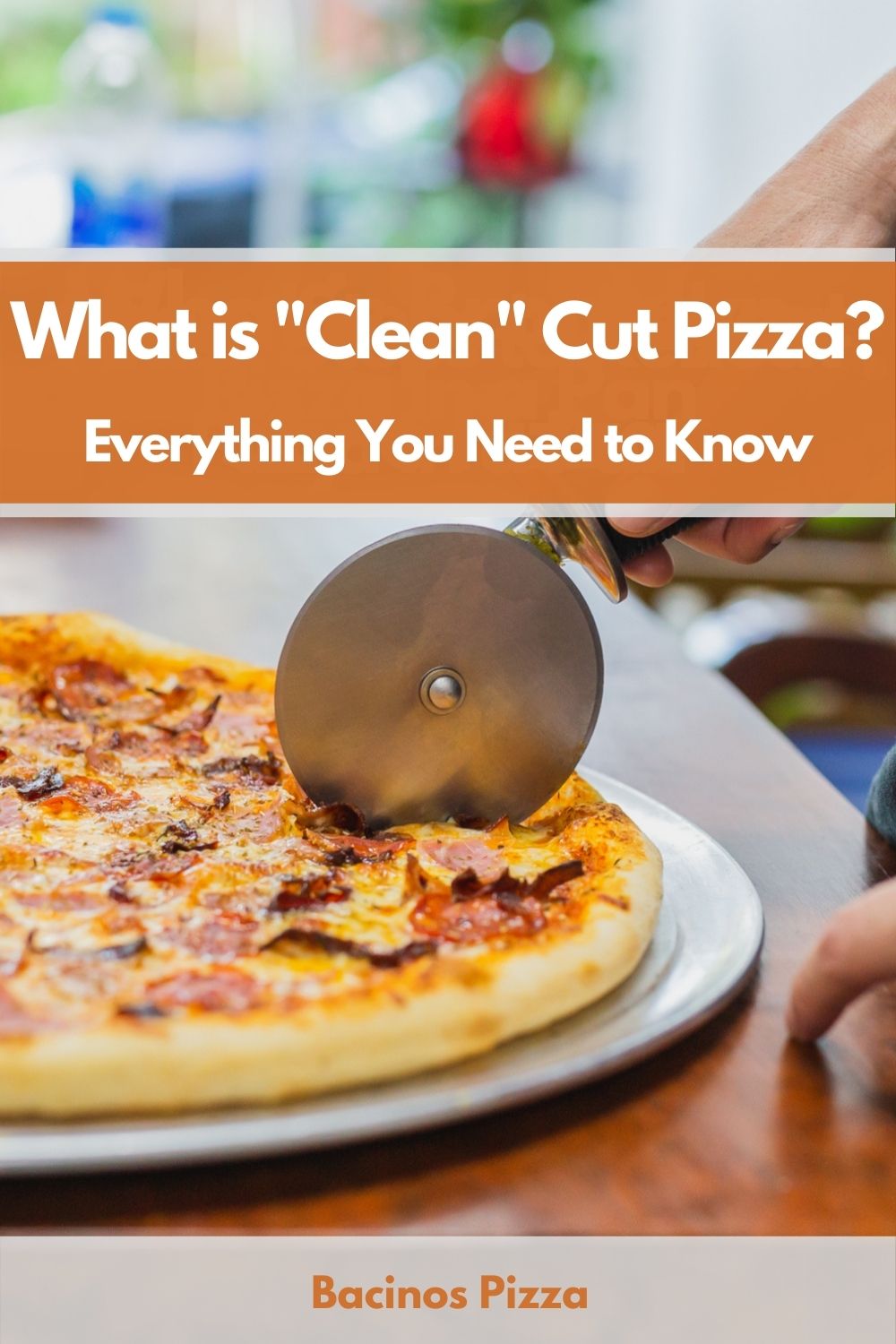 If you’ve been feeling baffled, don’t worry – you’re not alone! We’re here to uncover the mystery of clean cut pizza. What is it? Why do you need to know about it? And what does it mean for your pizza-eating habits?

If you’re ready to find out, read on!

What is clean cut pizza? 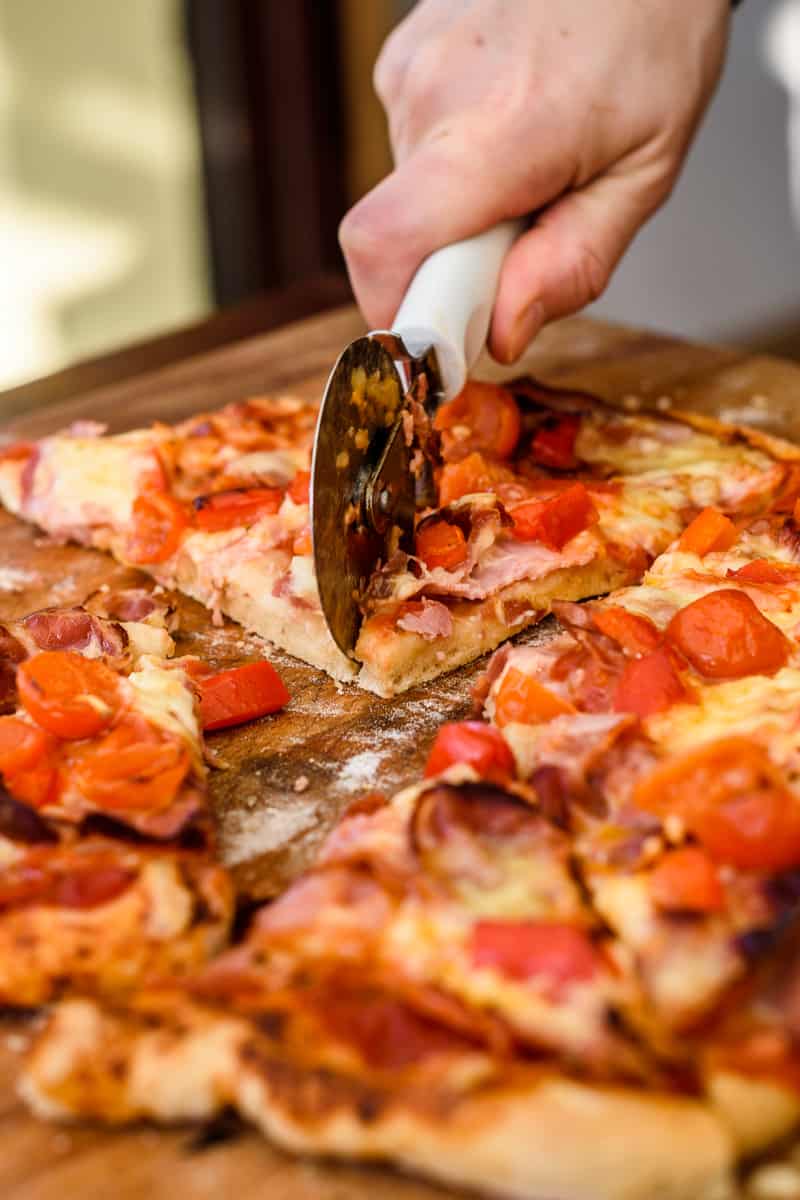 “Clean cut” doesn’t refer to anything about the way the pizza is made. You can have a clean cut pizza in any style or flavor. Instead, it’s about what happens to the pizza after it’s cooked.

A clean cut pizza is one where the pizza cutter – also known as a pizza wheel – is cleaned immediately before use. It’s an option that’s started to be offered by many restaurants and takeout chains. If you’re thinking that’s standard practice, you’d be wrong! Here’s why.

How does a pizza parlor prepare their pizzas? 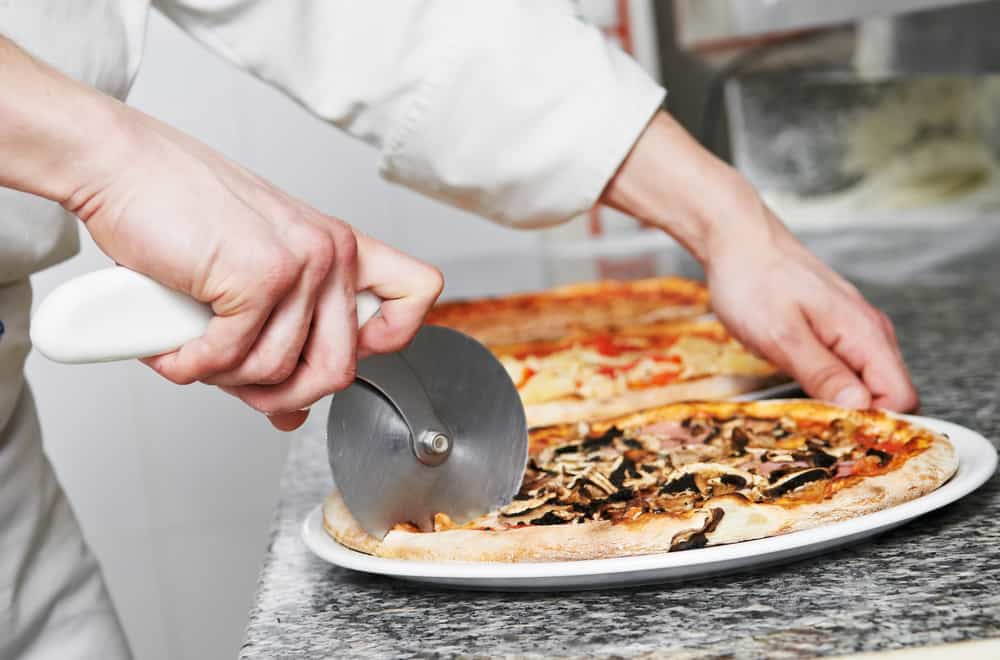 Pizza parlors are pretty busy places, and most are even busier on Friday and Saturday nights. That means they do everything possible to process orders quickly.

That goes for everything from pre-folding takeout boxes to pre-measuring dough and chopping the toppings in advance.

And when the pizzas come out from the oven, they need to be ready for delivery or service as fast as possible. The last job before the lid goes onto the box, or the pizza goes on the plate, is to slice the pie.

And in most cases, that will be done using the same conveyor belt approach as the rest of the pizza assembly.

When you cut a pizza, your pizza wheel will be covered in oil, cheese and tomato sauce. Those sticky substances aren’t particularly easy or quick to clean. So whoever is doing the pizza cutting will usually simply move from one pizza to the next.

Is there any point to clean cut pizza? 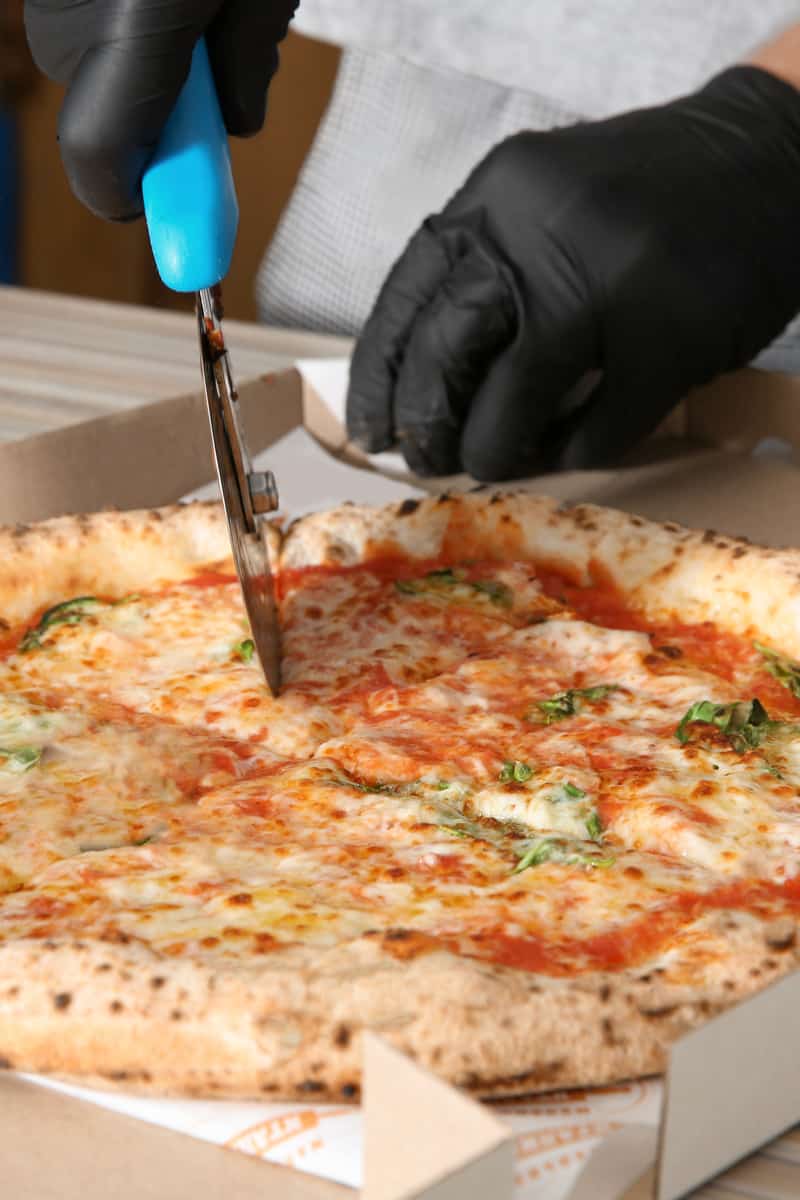 Although this might not sound particularly hygienic, in practice it won’t be a big deal for most people. After all, the blade of the pizza wheel will only be coming into contact with the cooked pizza. The oils, cheese and sauce that are likely to stick to it will all be cooked. So they should be germ-free.

It’s not so different from any other utensil in a commercial kitchen. After all, if you order soup in a restaurant, the same ladle will be used to serve up multiple bowls.

But of course when it comes to pizza, there are likely to be variations between the pies. Let’s return to our soup analogy. It’s unlikely a chef would use the same ladle to serve up chicken soup as he would to serve leek and potato.

And vegetarians would be very upset indeed if their leek soup was contaminated with chicken.

The same principle applies to pizza. Vegetarians might never know that their pizza was cut with the same cutter as sliced through a meat-topped pie. But they might very well prefer to eliminate the possibility by asking for a clean cut version.

Similar considerations may apply for people with particular religious beliefs. Muslims ordering a halal pizza, for example, wouldn’t want it coming into contact with non-halal meat. And many other religions have rules about what kind of food can be eaten by their followers.

And for those people with food allergies, knowing exactly what’s on their plate is very important. For them, the possibility of transferring allergens into an allergen-free pizza could be downright dangerous. 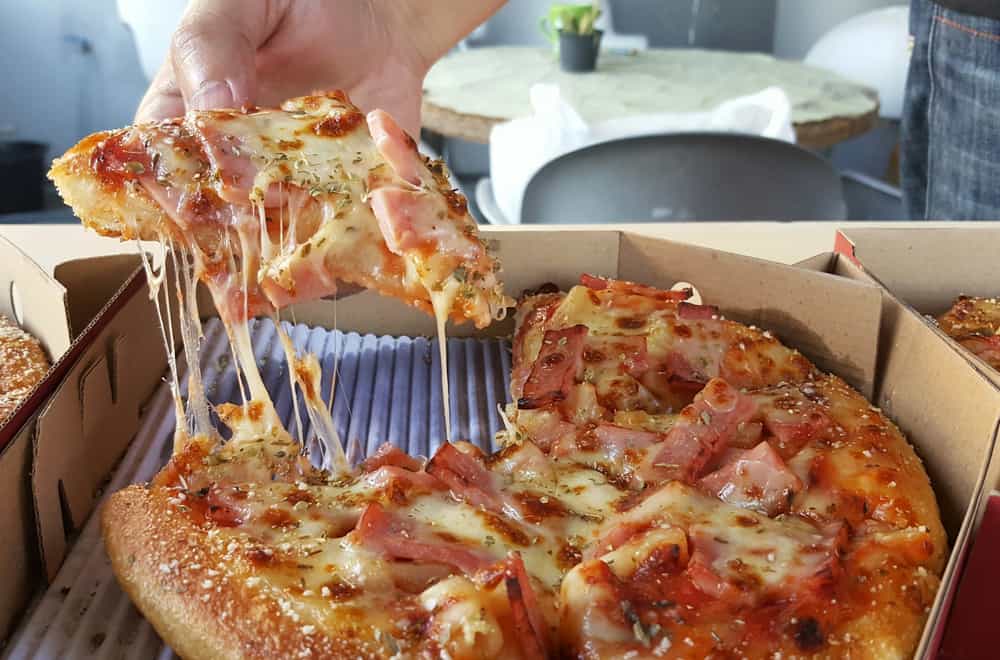 We’ve already seen that clean cut pizza can be very important to any diners with serious allergies. But what about the rest of us?

Well, taking extra care with hygiene certainly isn’t going to do any harm. At a time when we’re all getting used to washing our hands more regularly, washing our cooking utensils more often too makes a lot of sense.

It’s another part of kitchen cleanliness that can help cut down the transfer of germs. And that’s good news for everyone.

What about different kinds of cut? 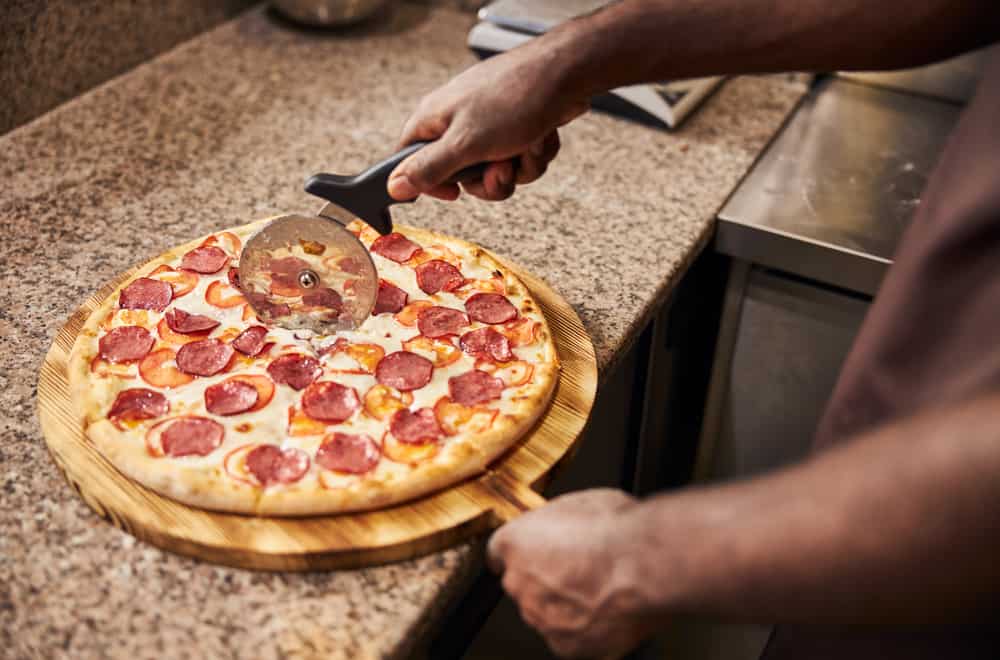 Clean cut pizza, as we’ve seen, is about the cutting utensil and not the pizza. But you may also have heard of some other kinds of cut – normal cut, square cut and no cut.

So what are these? And what, if anything, have they got to do with clean cut pizza?

Normal cut is by far the most common for round pizzas. Here, the pizza is sliced into wedges that radiate out from the center. The number of slices in this case usually depends on the diameter of the pie. The bigger it is, the larger each slice will be. And usually, the more of them there will be cut into each pizza.

A normal cut is a key part of the experience of eating New York style pizza. You’ll be served your pizza as a single triangular slice. And you’ll fold it in half to help you eat it.

You can, of course, request your normal cut pizza to be clean cut too.

The square cut is more often employed with pizzas that have been baked in rectangular dishes. The classic Sicilian pizza is a great example of this. It’s cut into either squares or long rectangles for serving.

But it’s also possible to cut round pizzas in this way. It’s not common, and you’re likely to get odd looks if you ask for it in your pizzeria. But if you do this, there’s no reason you shouldn’t ask for a clean cut too.

The square cut is, however, more often employed by catering firms preparing finger food for buffets. It allows a large round pizza to be cut into smaller, manageable pieces. These will be easier for guests to eat whilst they’re standing and chatting.

The “no cut” pizza is exactly what you’d expect from the name – it’s not cut by the restaurant at all. That may be a good choice for a couple of reasons.

The first is similar to the case for a clean cut pizza. If you have severe food allergies, you may prefer to ask for a no cut pizza. That way, you’ll know for certain there’s no risk of a pizza cutter transferring allergens into your food.

The same may apply if you have ethical or religious reasons for avoiding particular foods.

But we’ve also heard of people choosing a no cut pizza in order to create their own cuts! If you’re catering for a toddler’s birthday party, for example, you might want to consider stars or other shapes. A no cut pizza gives you the opportunity to get creative with cookie cutters. Or even hone your knife skills!

Getting the best results when cutting your own pizza 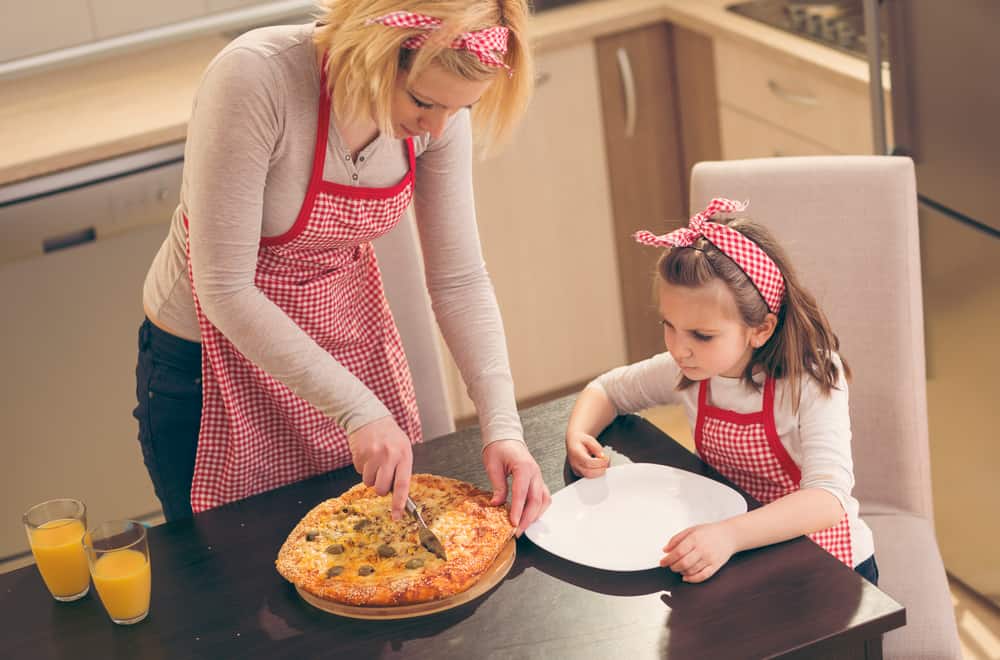 If you’ve opted for a no cut pizza, or if you’ve baked your own at home, you’ll need to slice it yourself. But most of us have had the experience of breaking the crust or ending up with uneven slices! So how do you go about getting the perfect cut?

The most important aspect is to start with a sharp, clean blade. Pizza cutters, just like other knives, need regular sharpening. That will ensure they slide cleanly through that melting cheese.

But we don’t all have pizza cutters in our kitchen. If you don’t, you’ll need a long knife – ideally, one that’s as long as the diameter of the pizza.

If you’re using a knife, wait a few minutes after removing the pizza from the oven to cut it. That will give the topping time to cool down a little. And that will make it less likely to stick to your knife blade.

You don’t need to wait like this if you’re using a pizza cutter. That’s because the rotating blade will help minimize how much melted cheese sticks to it.

If you’re cutting your pizza with a knife, it’s important to get the technique right. Press straight down into your pizza, then rock the blade back and forth. This will be much more effective than a sawing motion.

And if you need to, remove the blade entirely before performing a second cut. Wipe the blade lightly with some kitchen paper first, to help keep it moving freely. Just make sure you’re careful as you do this – don’t cut your hands!

We hope you’ve enjoyed our tour of everything there is to know about clean cut pizza! Whether you have allergies, religious or ethical considerations, or just care about food hygiene, it’s a good option.

Just remember that it’s about the pizza cutter, and not about the way the pizza is cut. That’s where serving styles like normal, square and no cut come in.

Whether you choose clean cut or not, we hope you enjoy your next pizza! 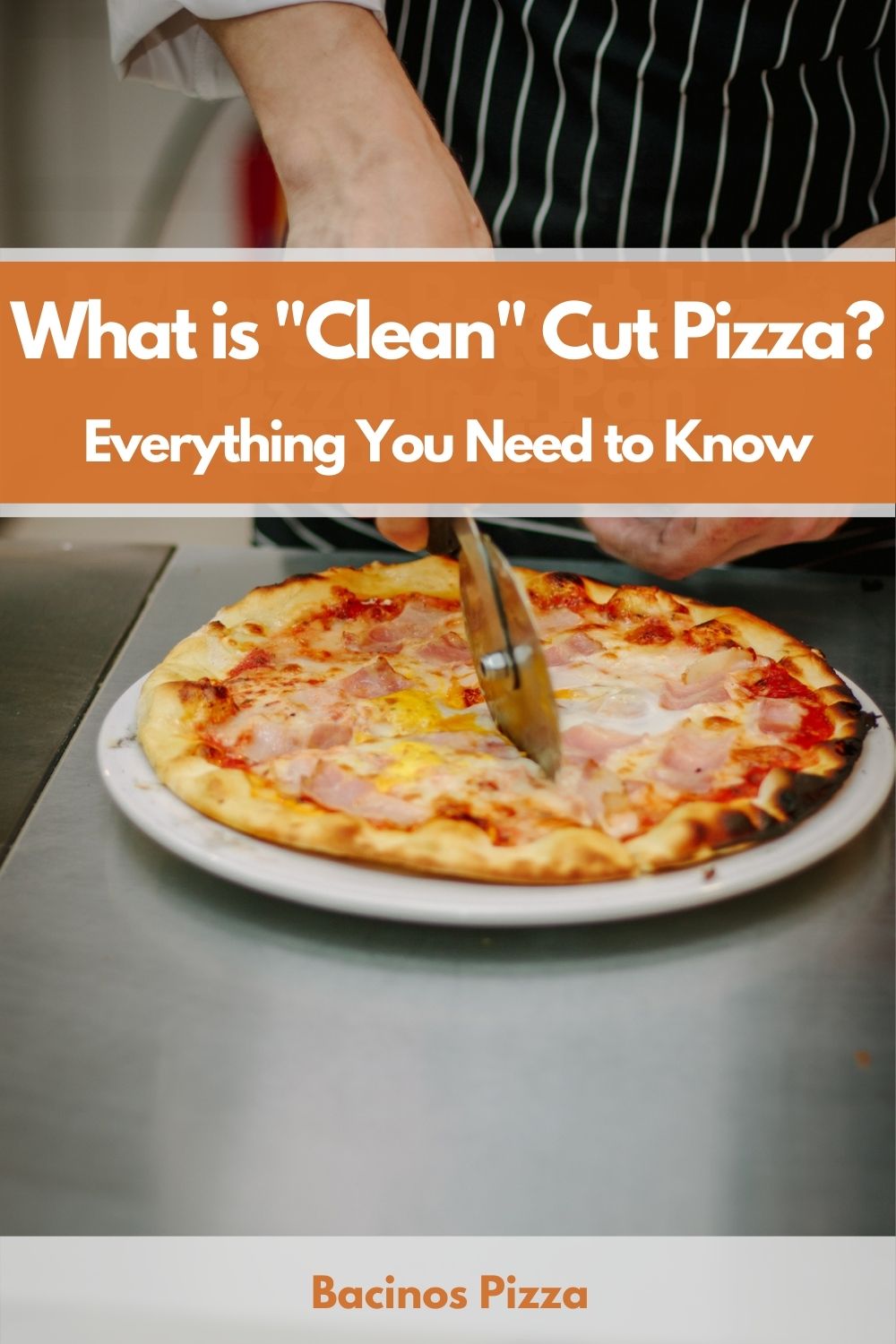 1 thought on “What is “Clean” Cut Pizza? Everything You Need to Know”