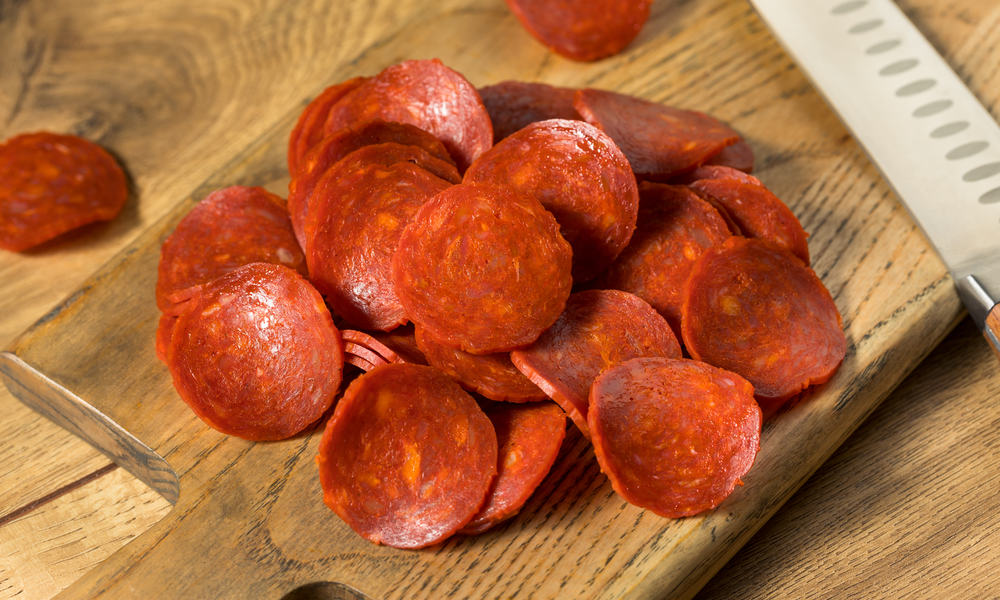 We all love pepperoni pizza – fact! Year after year, it tops surveys of America’s favorite pizza toppings. But not all pepperoni is the same. Perhaps you’ve heard people rave about old world pepperoni, one of the top-rated additions to pizza. 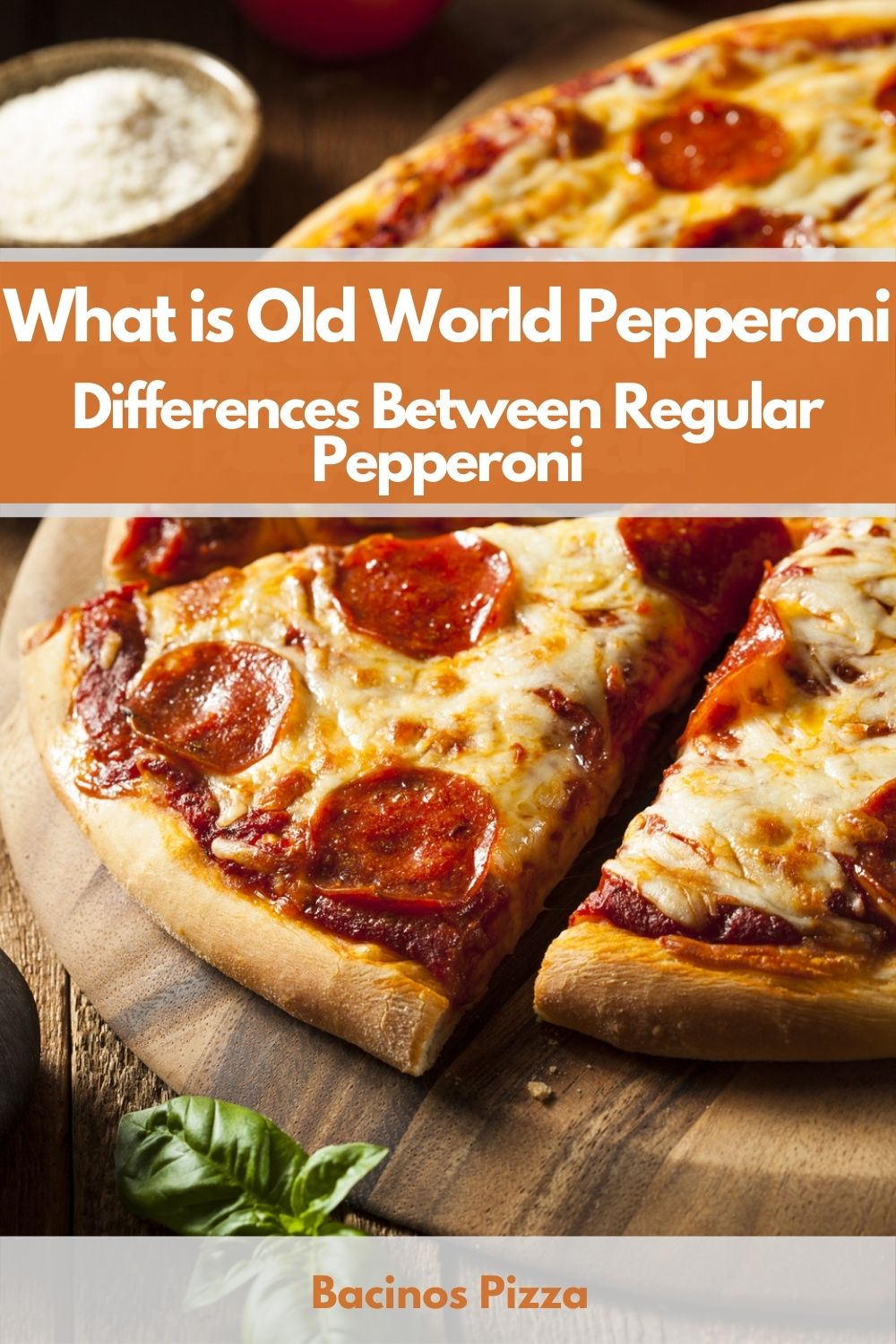 But what is old world pepperoni? How is it different from regular pepperoni? And most importantly of all, should you try it on top of your pizza?

That’s what we’re here to find out! We’re going to talk you through everything you need to know about old world pepperoni. So step this way to uncover the secrets of this popular pizza topping …

The history of pepperoni 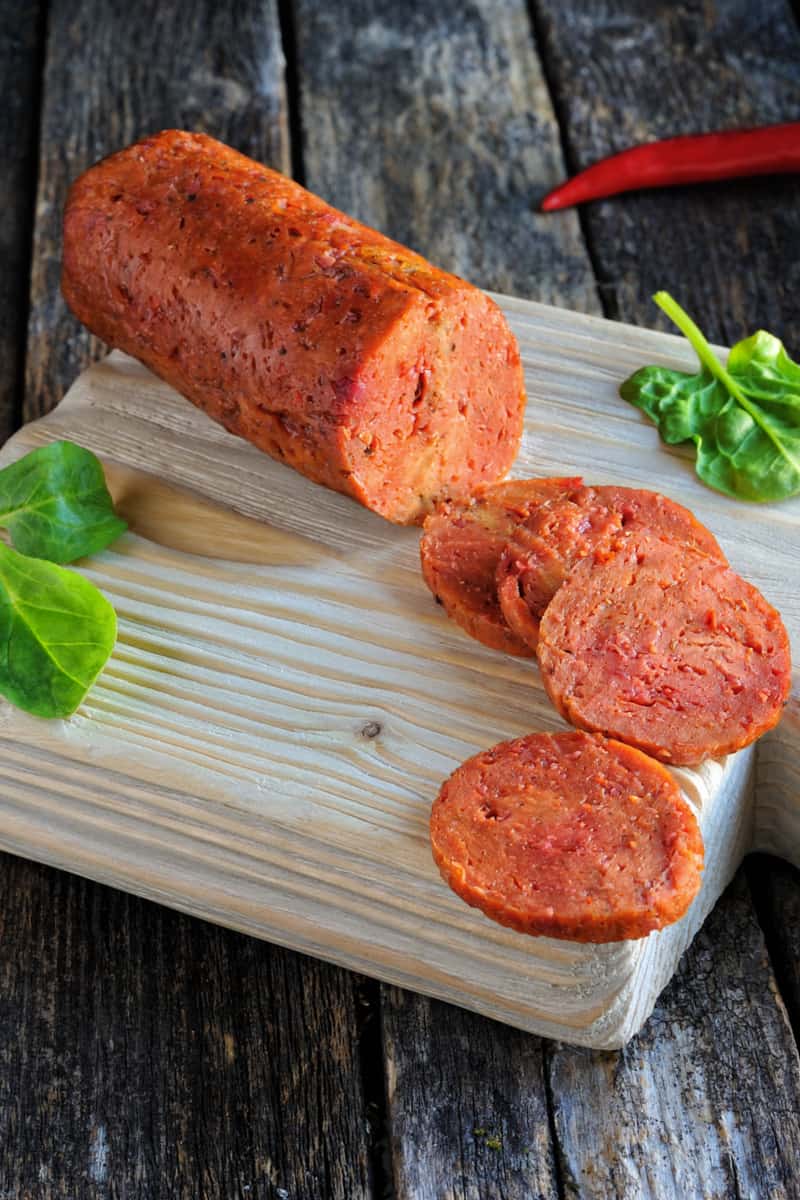 Let’s start by taking a look at the backstory of pepperoni.

Despite the Italian name, it was actually created in the USA by Italian immigrants. The name seems to come from peperone, meaning bell peppers in Italian.

Pepperoni, however, is made of either pork, or a mixture of pork and beef. Alternatives sometimes use turkey, making them acceptable for Halal diets. If you’re buying pepperoni with poultry in it in the US, however, it needs to be clearly labeled.

The Italian-American creation was similar to the type of salami sausage produced in the south of Italy. Calabria’s soppressata and the spicy salsiccia Napoletana piccante from Naples both bore a resemblance to their American successor. Pepperoni, however, had a finer grain and softer texture.

It’s thought to have first appeared in the early 1900s, when Italian American butchers began appearing. Its appearance also coincided with the first pizza parlors. And it quickly became clear that pizza and pepperoni were natural bedfellows.

So if that’s pepperoni, what is old world pepperoni?

Telling the difference between old world and American style pepperoni 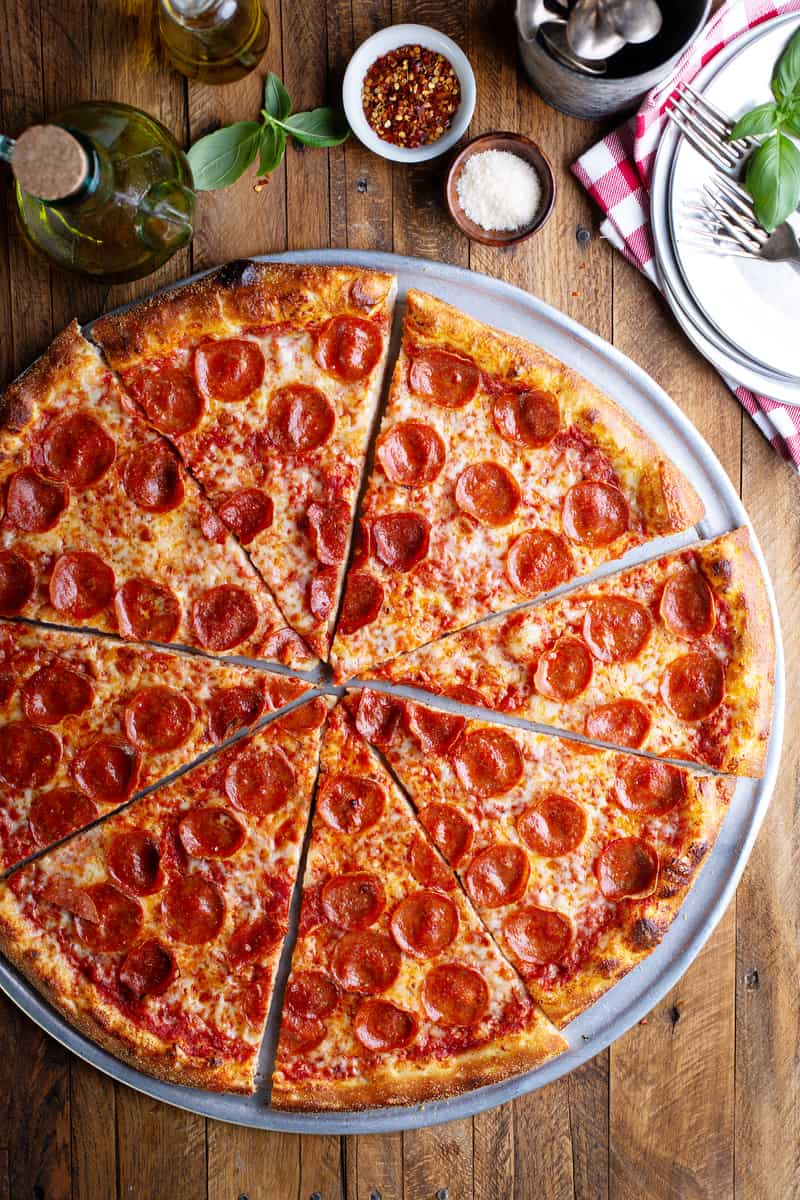 Despite both forms of pepperoni originating in the United States, the two types are known as “old world” and “American style”.

The most obvious difference between them is what happens when they’re cooked. Slices of old world pepperoni will curl up at the edges in the oven. The result is a small bowl shape, where the rim cooks more quickly and often chars. This gives a crunchier flavor, with notes of bacon.

American style pepperoni, on the other hand, stays flat against the surface of your pizza.

The colors are different too. American style pepperoni has an orange hue. Old world, in contrast, is redder, varying in shade from bright to dark. 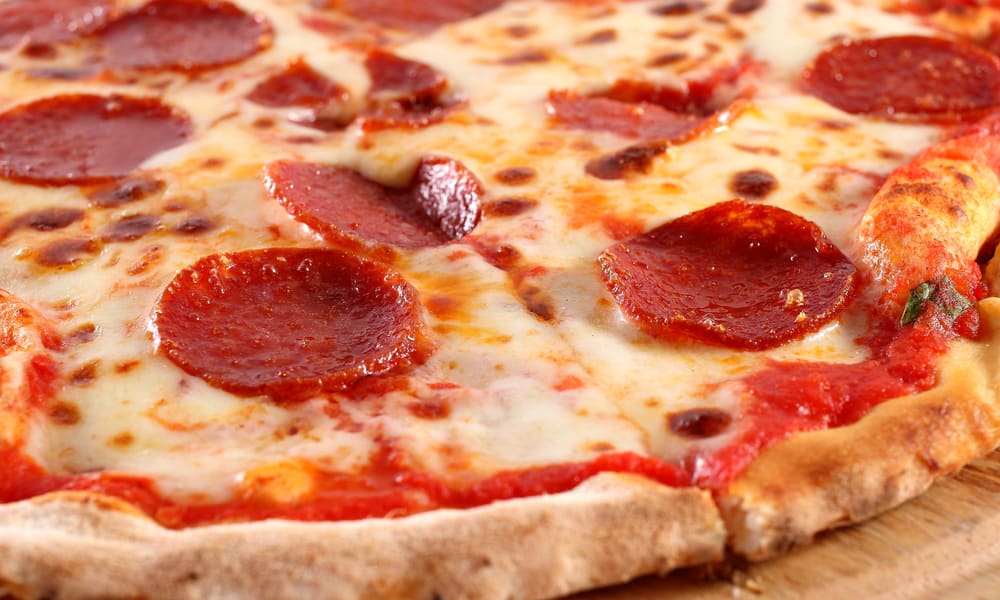 The distinctive curly edges of old world pepperoni are a result of two different causes.

The first is that it’s generally served in thicker slices than American style pepperoni. That means there’s a bigger temperature difference between the top and bottom of each slice. The top gets hotter and contracts, pulling the edges upwards and creating the bowl shape.

The natural casings react more quickly to the heat in the oven, causing the distinctive cup or bowl shape. 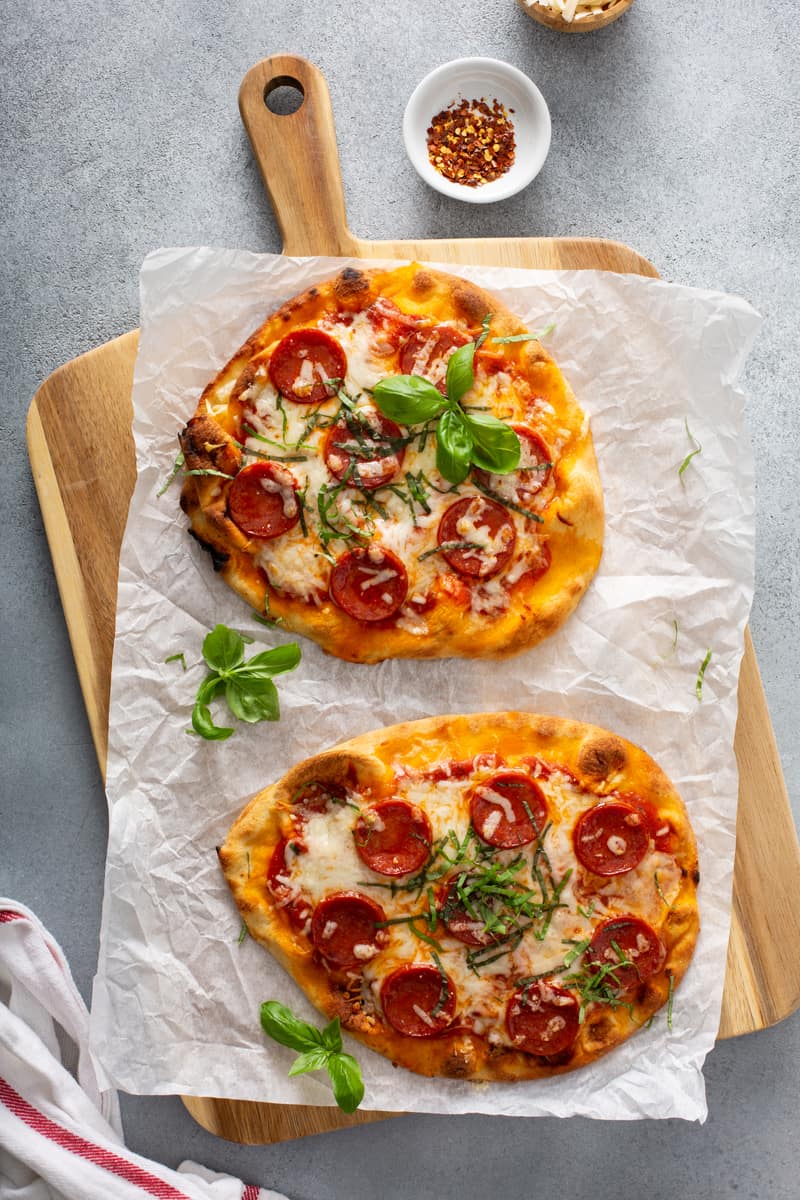 Old world pepperoni has a flavor that’s quite different from American style. That’s because of the different way it’s made.

Key to this is the process of curing the pepperoni. With American style, the culture used to ferment the sausage uses only lactic acid. With old world, on the other hand, another bacteria is added to the mix. This is called coagulase-negative cocci, or CNC for short.

The CNC has the effect of slowing down the curing process. This gives old world pepperoni time to develop richer, more complex flavors. It’s also responsible for this type of pepperoni’s darker color.

The different casings also affect the taste. With old world pepperoni, the natural casing develops a layer of mold as the sausage cures. This might sound worrying! But the bacteria is harmless, and imparts extra flavor and texture to the meat.

Where does salami fit in? 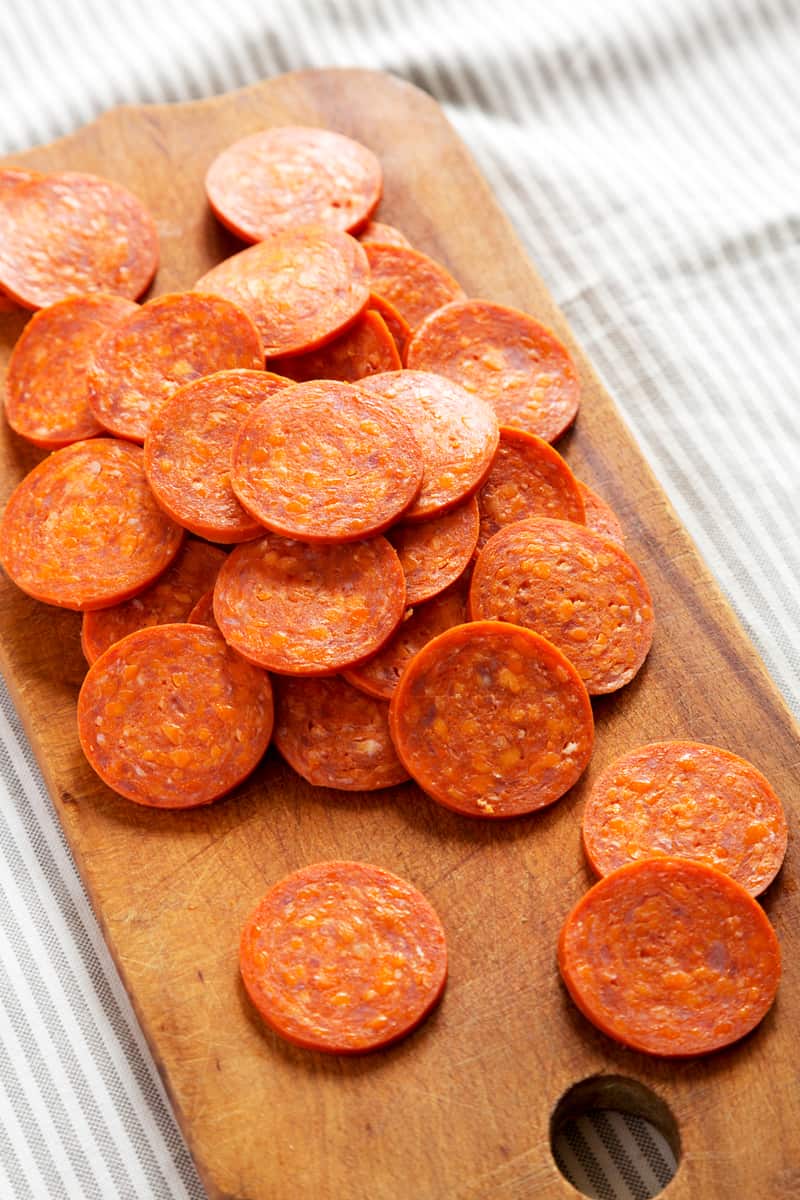 We’ve already seen that pepperoni bears more than a passing resemblance to some forms of salami. In fact, it could be considered salami’s American descendant.

But there are some differences in flavor between pepperoni and salami. Pepperoni is usually a good deal spicier than its Italian cousin, which tends to have a smokier taste. And most pepperoni contains more sugar than traditional salami, giving it a sweeter flavor too.

Where to try it

If you want to try old world pepperoni on your pizza, there are plenty of places to do so. New York, birthplace of the American pizza, is full of pizzerias that will be happy to oblige. Just ask for a “Roni Cup” pizza, and they’ll know just what you’re looking for.

Outside New York, it may be harder to find. But if you’re anywhere near a Marco’s pizzeria, you’re in luck. Check out their well loved Pizza Magnifico, which is topped in plenty of delicious, curling old world pepperoni. In 2019, Marco’s served up over 230 million slices of the stuff on their pizzas!

In Ohio, Plus One Pizza will offer you the choice of American style or old world pepperoni. They have have branches all over the state.

Making your own pizza with old world pepperoni 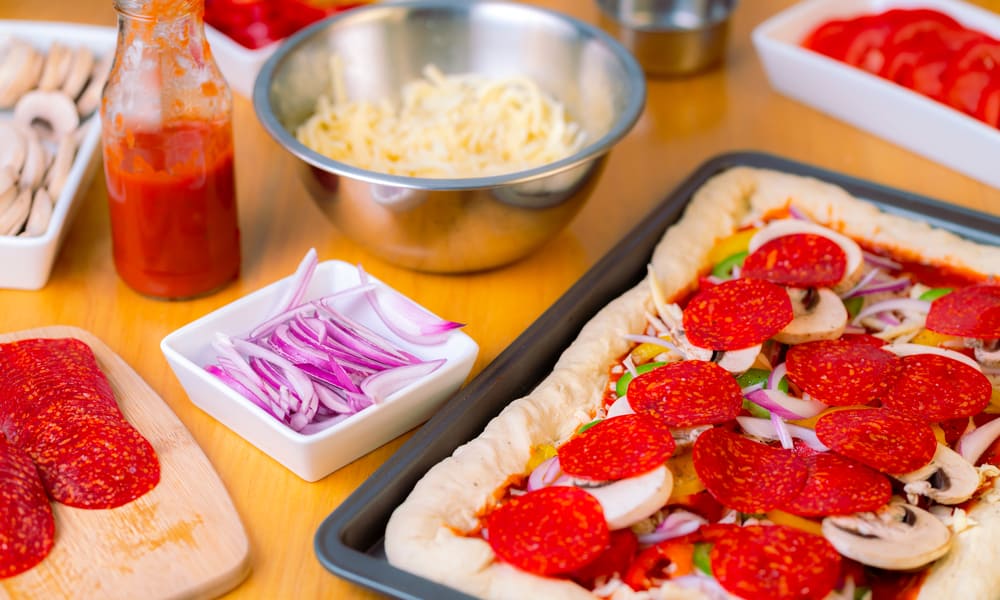 If your local pizza parlor doesn’t offer old world pepperoni, don’t despair! You can always buy some yourself and add it to your pizza.

The Bridgford store offer generous sticks of old world pepperoni. And you can get hold of it via Amazon. Each stick weighs 16 ounces, and you can buy them individually or in packs of three, four or six. That’s enough for a whole lot of pizza!

Local Italian delis and upscale grocery stores are other good places to track some down.

You can either make your pizza from scratch, or buy a ready made crust and add the sauce, cheese and toppings.

You could, of course, even order a whole pizza from your regular pizzeria! But if you do that, you’ll need to cook your pepperoni separately, then transfer it to the top of your pizza. Put the whole thing back into the oven, and you’ll end up burning the pizza that’s already cooked through.

Some tips for making your own old world pepperoni pizza 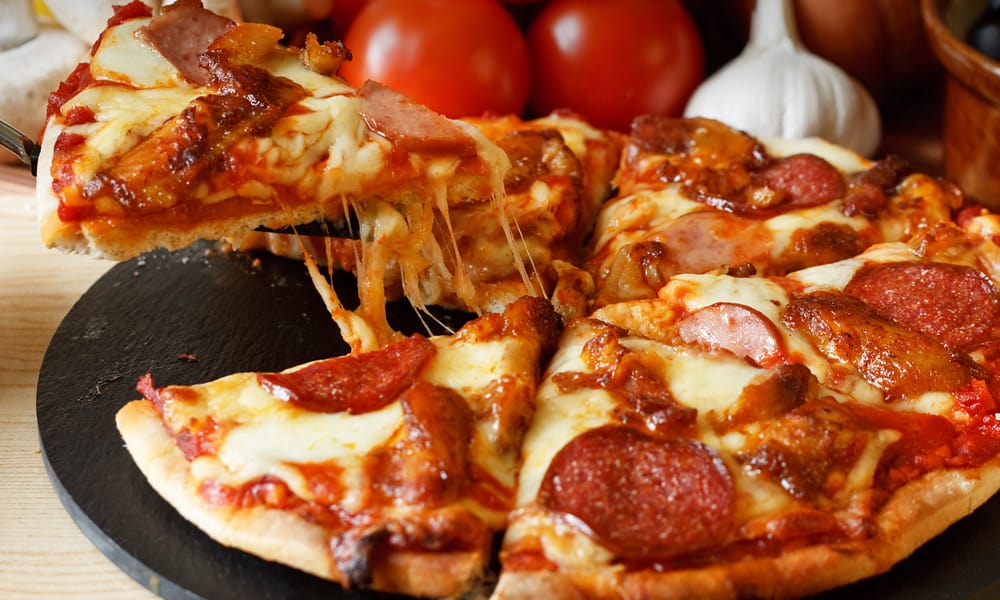 If you want to make your pizza from scratch, that’s great – you’ll be able to control every part of the bake. But it’s a good idea to follow some simple hints and tips to get the best results.

Firstly, give your pizza dough time to rise. Make sure you check the recipe in advance to see how long it will take. To make your life easier, you can make your dough ahead of time. Place it in an airtight container, and it will keep in the refrigerator for up to a week.

You’ll also get a crispier base if you preheat your oven, and use a heavy surface for your pizza. A pizza stone is ideal. But if you don’t have one, an upside-down cast-iron skillet or heavy duty baking sheet will work just as well.

Add some parchment paper to the surface to help transfer your pizza smoothly when it’s cooked.

Turn your oven up high! Pizzerias will often use special wood-fired pizza ovens to create really high temperatures. When you’re cooking your pizza at home, you want your oven as close to 500 degrees Fahrenheit as it will go.

And last but not least, pre-cook your old world pepperoni. Remember, though, to leave it slightly underdone. That will allow it to cup and crisp up as your pizza cooks. An easy way to do it is to pop it on a paper towel in the microwave for 30 seconds. Then add it to your pizza for the final bake.

Other uses for old world pepperoni

If you’re considering buying old world pepperoni, there are plenty of ways to use it besides as a pizza topping.

It works brilliantly as a complement to a cheese board. Add some fruit too, and you’ll have a feast of flavors that’s great for dining al fresco, or as an indoor buffet.

It also works well as an appetiser together with more traditional Italian meats like salami. You could add some olives and salad too. Delicious!

In West Virginia, they’ve also come up with a pepperoni roll. First served up as a snack for coalminers, you’ll find these in convenience stores across the state.

They consist of a soft white roll with the pepperoni baked inside. As it cooks, the fats from the pepperoni seep into the bread. The result is an exceptionally tasty snack, well worth giving a try. And if you want to add some extras, cheese and peppers are favorites.

Last but not least, add some old world pepperoni to potato skins. Potato and pepperoni are a great combination!

We hope you’ve enjoyed our look at everything there is to know about old world pepperoni. We love this delicious meaty snack in all its forms. But as a pizza topping, we think it’s pretty much unbeatable!

If you haven’t tried it already, why not give it a go? Ask for it at your favorite pizza parlor. And if that’s a no go, why not buy some and make your own pie?

However you try it, we hope you’re soon enjoying that distinctive flavor. Happy eating! 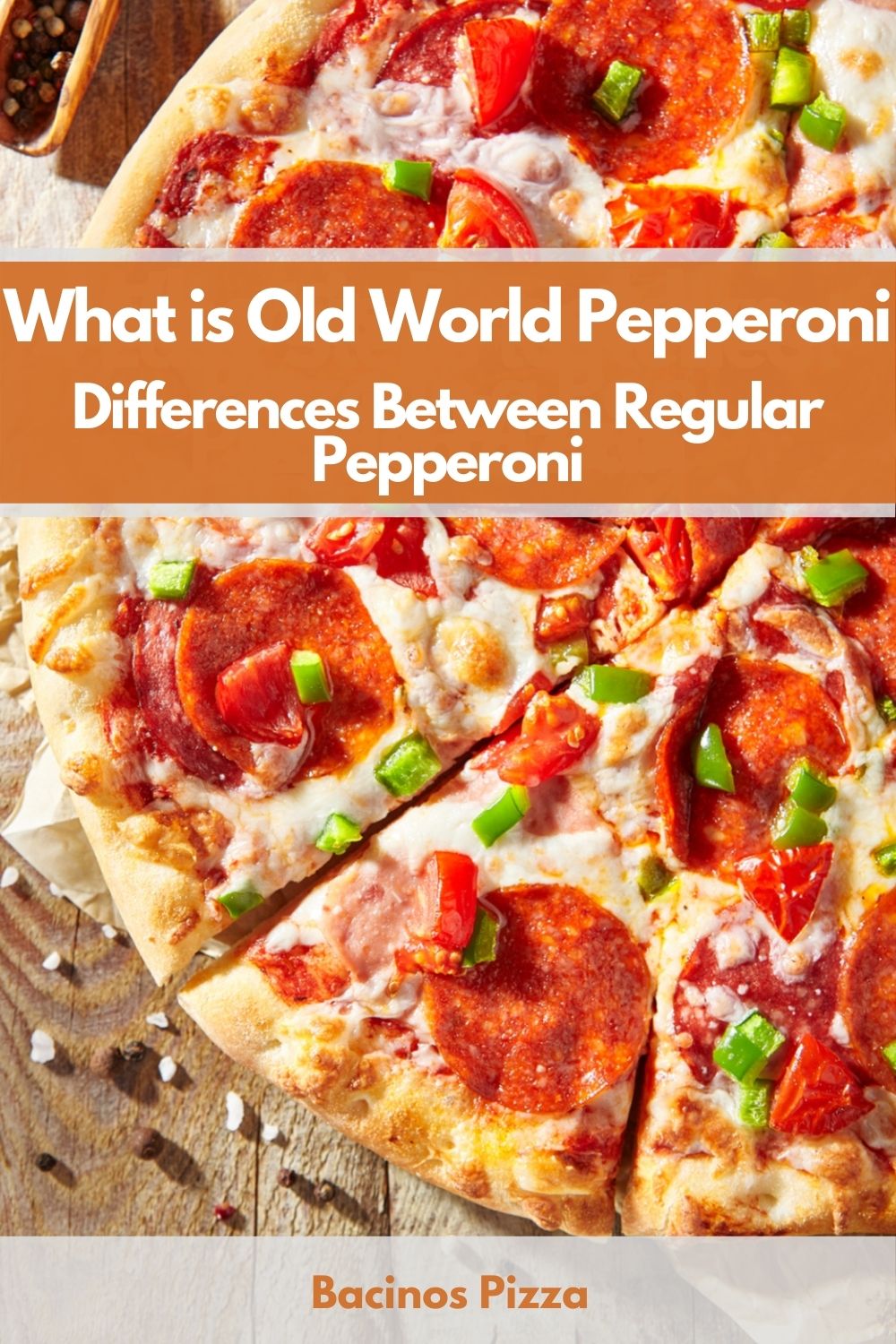