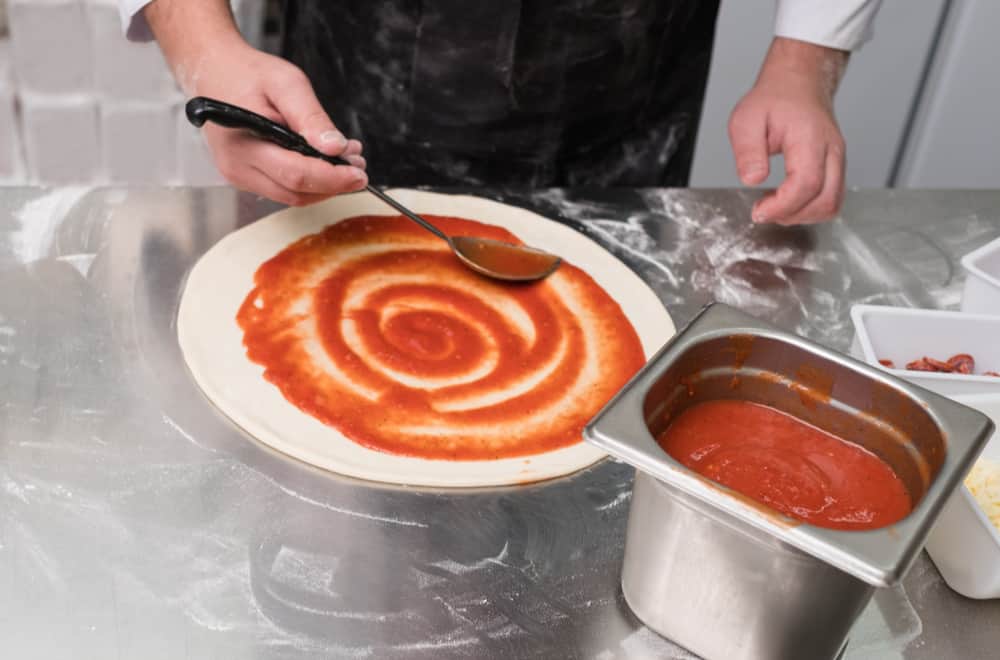 When it comes to sauce, the use is extensive and can be used alongside different foods from rice to pasta and even as a pizza topping. Tomato sauces are the standard toppings for pizza but what if your pizza was to deviate from the normal tomato sauce to Marinara sauce, would you know the difference? 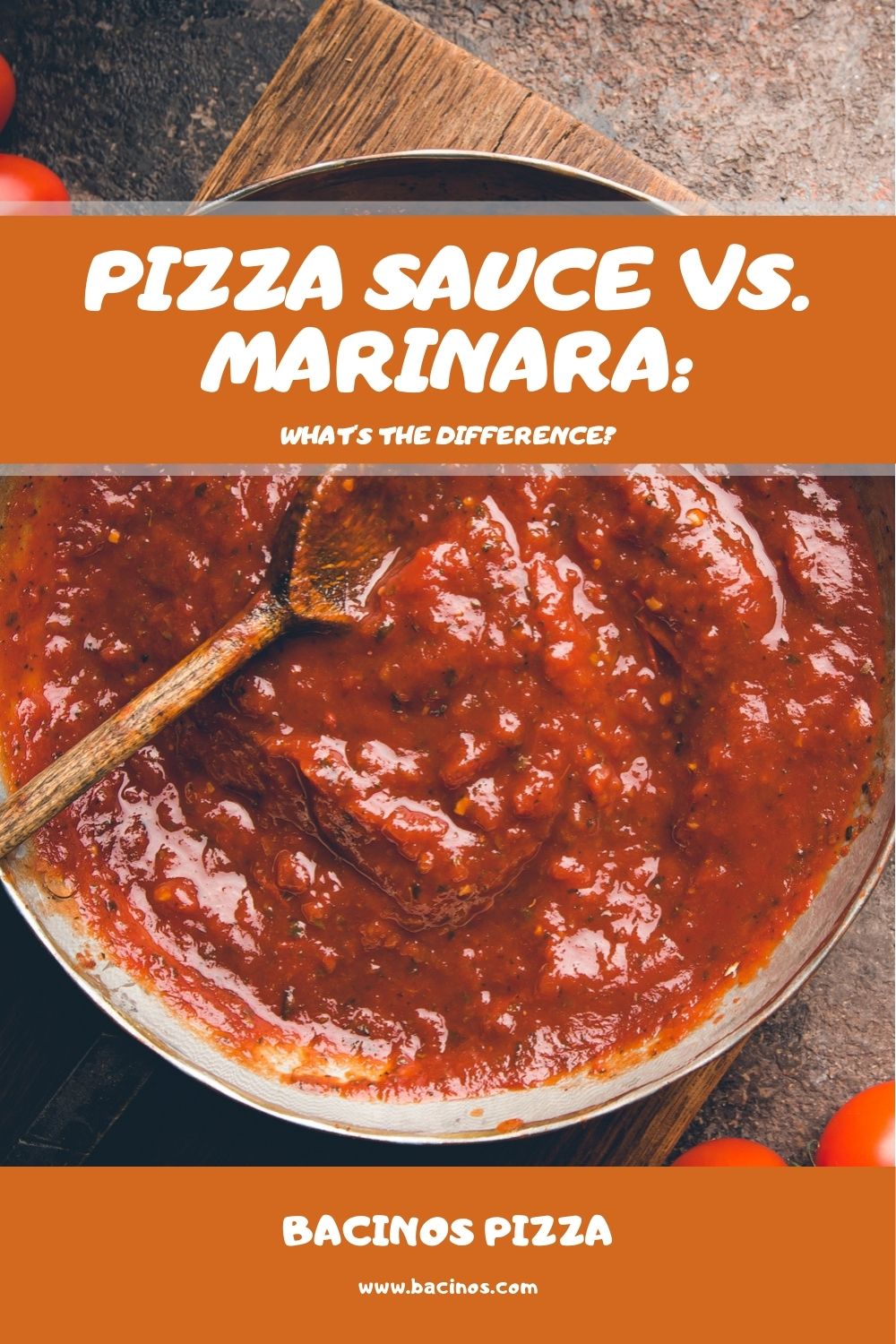 Marinara sauce originates from Italy and has been in use since 1692, it has been adopted by several countries and has been changed a few times to suit the adopted country’s taste.

Tomato sauce is popularly used around the world and several countries have claimed its origin with Spain and Italy in battle. Other countries like America and New Zealand have also tried to be a subject to this matter, but who owns tomato sauce?

Where did tomato sauce originate from? 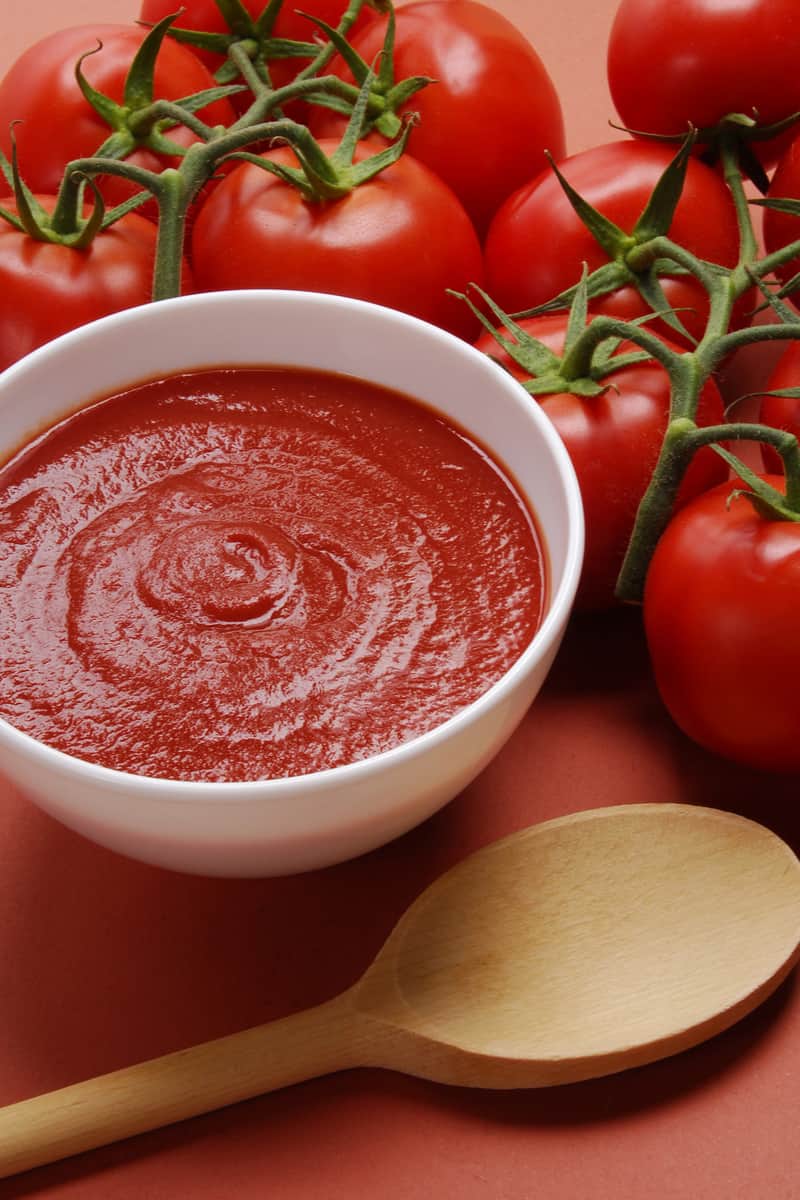 The first person to ever bring the word tomato sauce into writing was said to be a Franciscan Friar, Bernardino de Sahagun, who moved from the kingdom of Spain to New Spain, but the first cookbook about tomato sauce was by an Italian Antonio Latini and was published in the 1690s.

The history of Marinara sauce 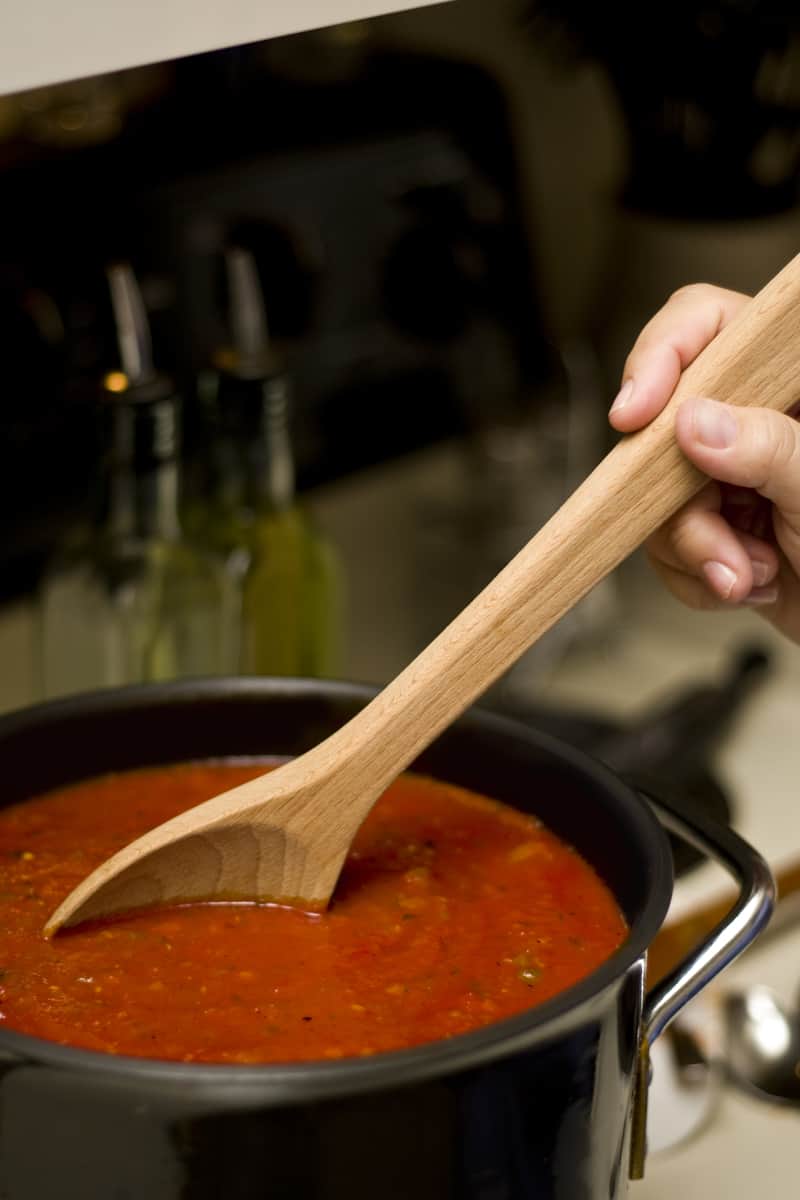 The history of Marinara sauce can be dated back to Neapolitan times when soldiers came back home from war.

This sauce was made by their wives as a welcome meal around the 19th Century hence, the term Marinara came from the word Mariano, the Italian term for sailors.

When the southern Italians moved to America in the 1900s, the sauce became widely known and was adopted by a lot of people.

What is a pizza sauce made of? 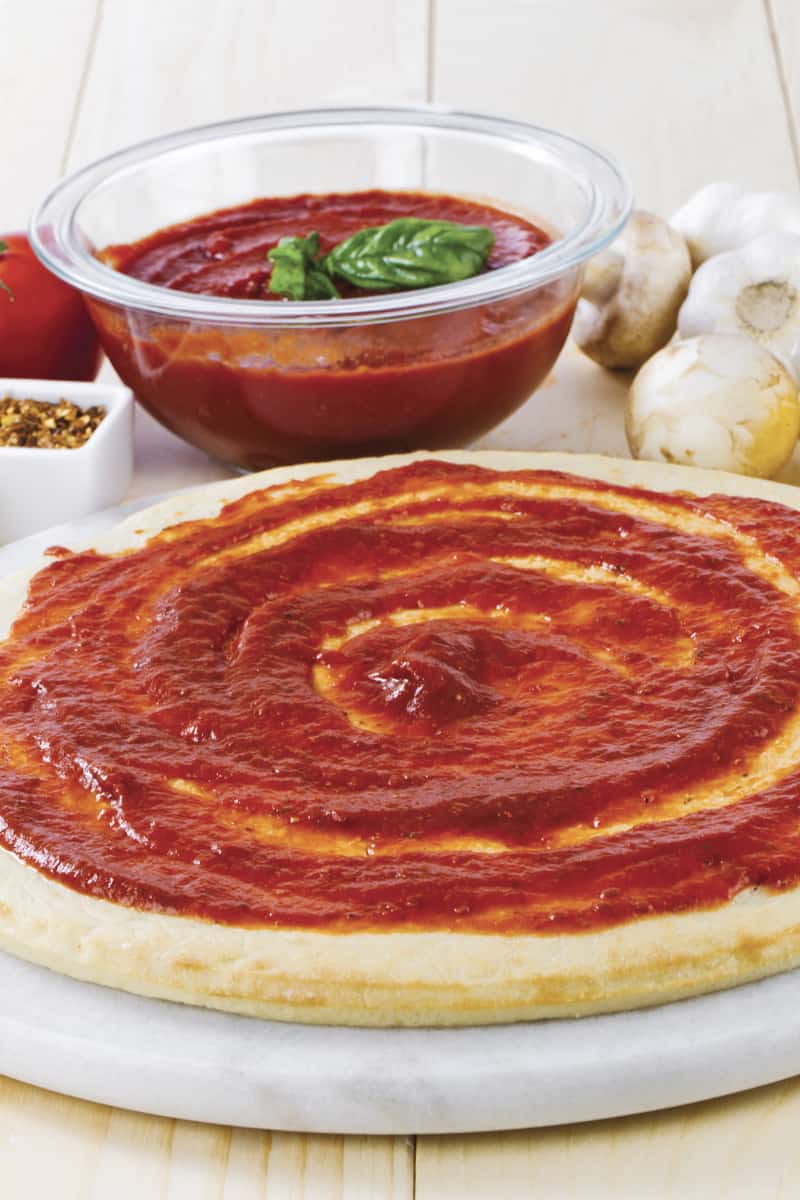 The main ingredient is the tomato and most times it is just a plain tomato puree or sometimes chopped tomato puree that has been simmered with olive oil and cookies with some herbs and spice, which is then used for several purposes such as with pasta or on pizza.

Tomato sauce preparation differs from country to country with some countries using it as a mere minimum puree while others making it an important national dish with the combination of different condiments.

What is a Marinara sauce made of? 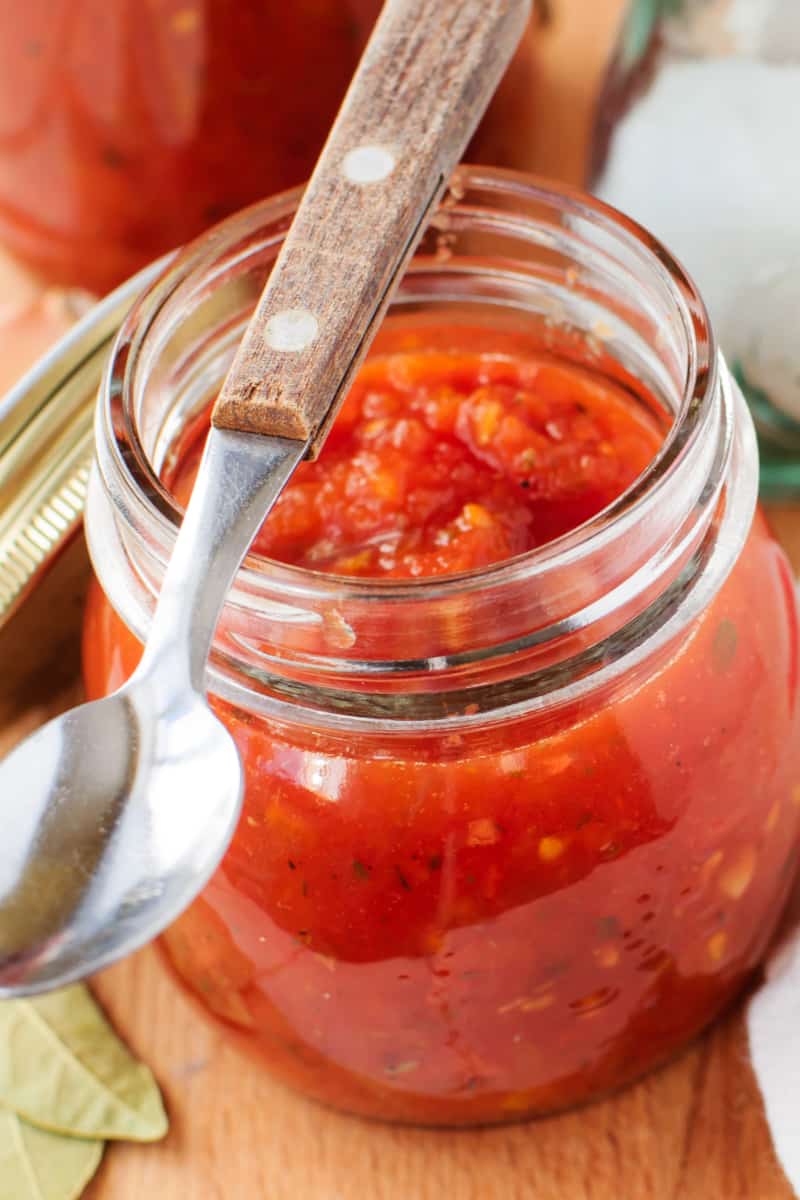 A standard Marinara sauce is a more busy and seasoned tomato sauce consisting of several herbs and spices like garlic, onions, basil, oregano, and occasionally with a dash of wine.

It can be served with pasta with beef or meat as the serving or served as a pizza base.

How to make pizza sauce

There are several recipes on the internet or in various cookbooks on how to make a pizza sauce and here is one of them.

You can check other types of Pizza Sauce Recipes.

How to make a Marinara sauce

Some people dislike the chunky nature of the marinara sauce and most times blend it after the cooking method. Serve as desired.

This YouTube Video shows how to cook a perfect marinara sauce.

What are the differences between pizza sauce and Marinara sauce? 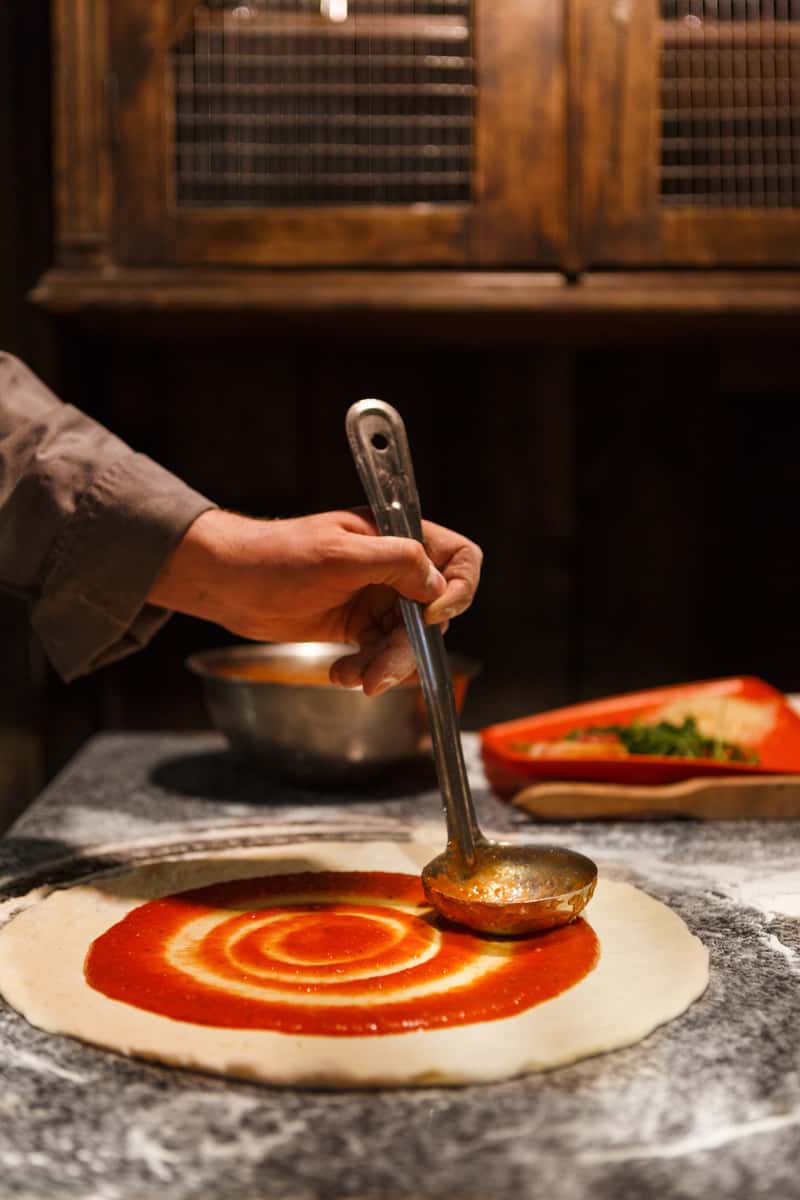 There are several differences between Pizza sauce and Marinara sauce and they include;

The essence of the tanginess is to compliment the used fats and cheese on the pizza. The essence of the sugar is to counter the acidic and raw taste of the tomato to avoid a bland finish. All of the added products play a role in making the perfect pizza sauce.

Marinara sauce is made with tomato sauce as its base and is served with onion, basil leaves, and lots of garlic. This is by far easier to cook unlike the pizza sauce that requires lots and lots of spices and ingredients.

Pizza sauce is thicker in concentration than Marinara sauce, This is because the pizza sauce serves as a layer for other pizza toppings and the thickness avoids spillovers or runoffs.

Marinara sauce is not as thick as pizza sauce because they are not often used as a base but as pasta or dipping sauce where consistency does not matter.

Pizza sauce is not cooked rather than blended. The tomato sauce with the tomato puree is blended with olive oil and other added spices. This is because the pizza base will still undergo another cooking activity when the pizza is placed in the oven. So, what essence is pre-cooking?

Marinara sauce is cooked for about 19 minutes and sometimes blended again depending on the users’ taste. This is because they are used immediately as a sauce or other use that requires immediate eating.

Pizza sauce is used before cooking, that is, before the pizza is placed in the oven to bake while Marinara sauce is used after cooking as side sauces or dipping.

Despite these differences, these two sauces have some similar characteristics, They both use tomato sauce as a basic ingredient and have their descent from Italy. They are both spiced with similar herbs and spices like basil leaves and are used with other dishes.

Can these two sauces be used interchangeably? 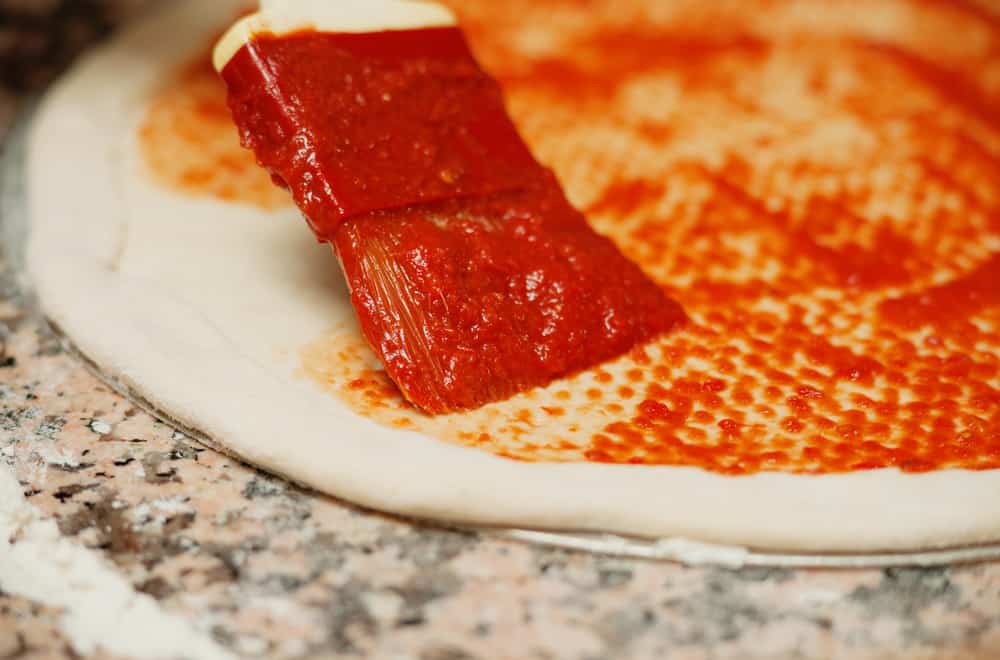 Yes, these two sauces can be used interchangeably but one outshines the other. Pizza sauce can be used as a dipping or pasta sauce and still produce a very good taste but Marinara sauce may not necessarily be the best base topping for pizza because of its consistency.

Marinara sauce can be thickened by adding tomato purees if you intend on using it as a pizza base. Aside from these, they can be used interchangeably.

Is Marinara sauce for pizza or pasta? 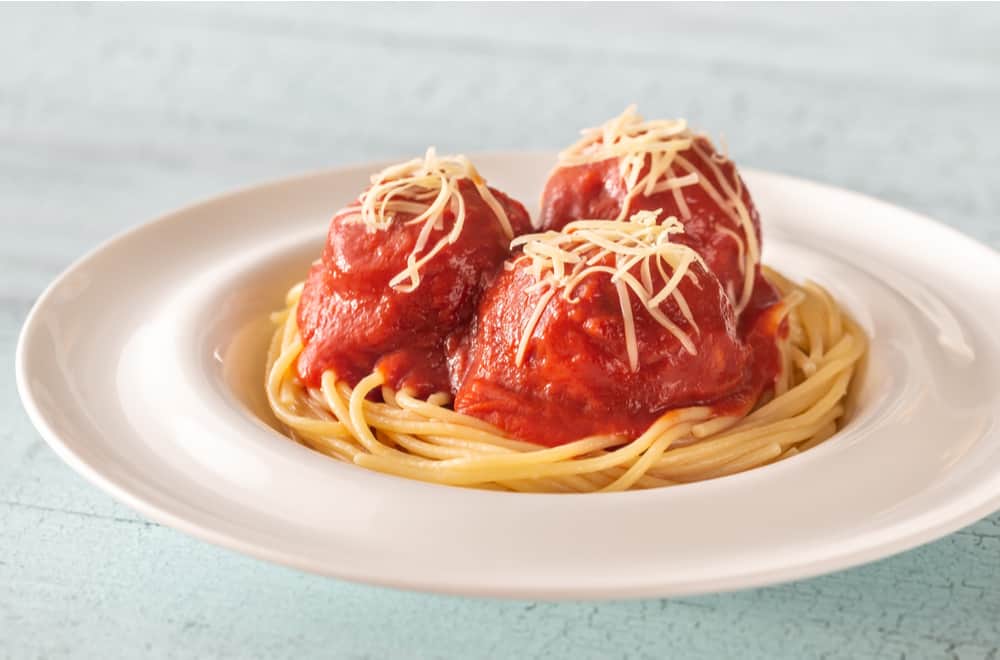 The marinara sauce was originally made for pasta because of its pre-cooked, sautéd nature. You can also use Marinara sauce for pizza sauce, but the only difference is you should not cool the sauce and the flavor together.

The sauce should be blended properly and thickened with extra tomato puree to give it a thick consistency, which can then now be used as a pizza sauce. Do you know there is a type of pizza called pizza marinara, you check it here.

Why do they confuse these two sauces?

The reason most people confuse the pizza and Mariana sauce is because of the similar ingredient used which is the garlic, onion, and basil leaves.

Which sauce is more versatile and flexible?

In terms of versatility and flexibility, the pizza sauce has an upper hand because it can be transformed into several other sauces. For example;

These two sauces are perfect Italian cuisines for your homemade pizza, your meatball dipping, or as a pasta sauce. You can use the recipe provided or the YouTube links to make yourself any of the sauces.

Instead of comparing the two Italian sauces for the best, you can use the two sauces simultaneously for different dishes or even combine them, check for more different sauce types here. 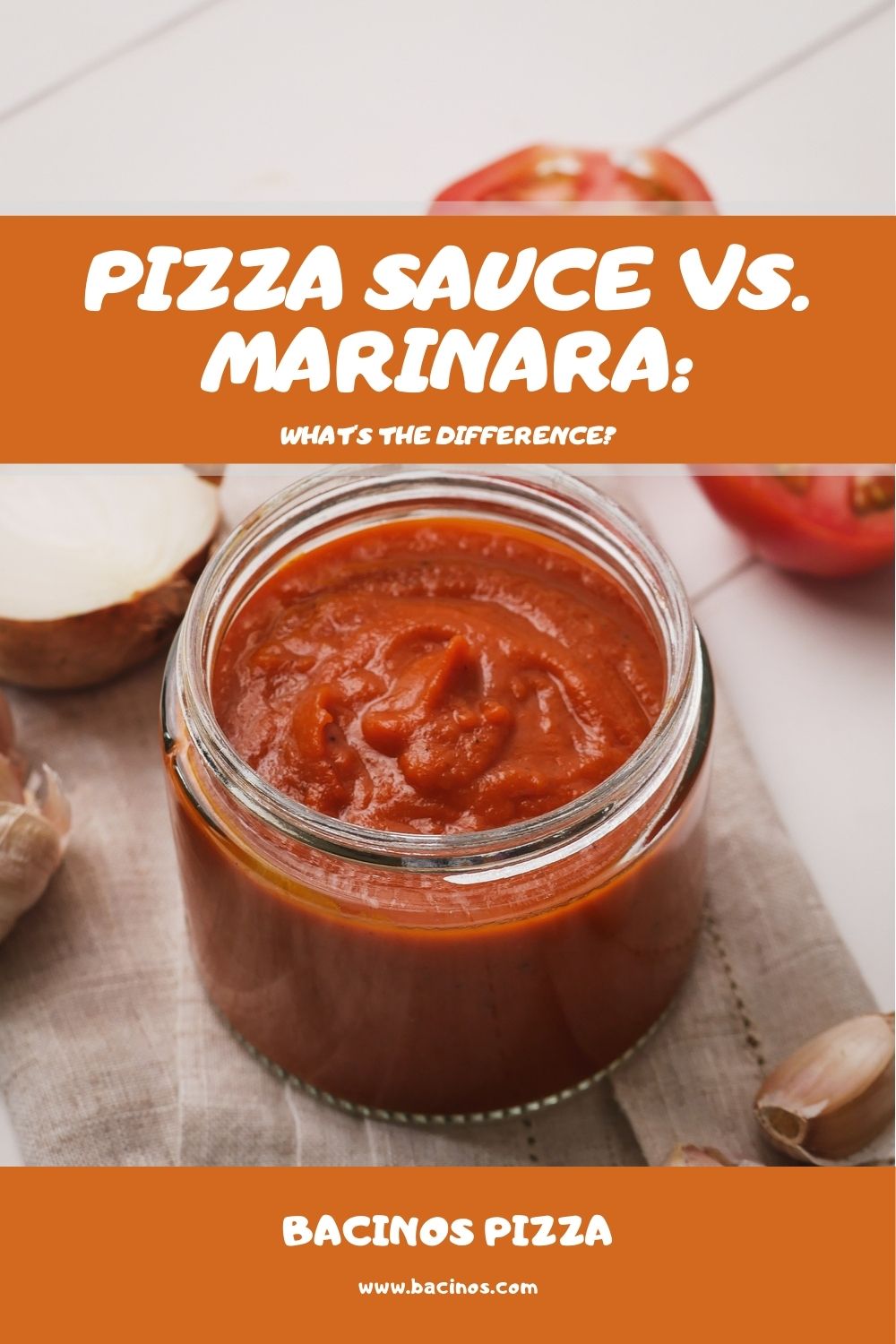