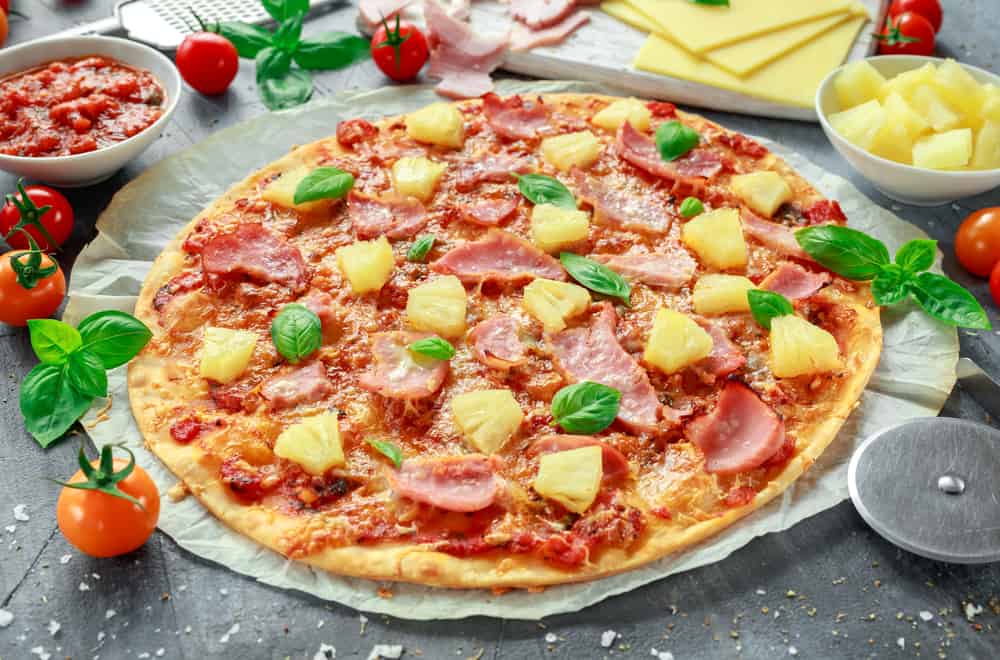 Pizza is one of the most versatile and varied foods in the world. From New York to Chicago, and everything in between, there are so many styles that you’d be forgiven for being overwhelmed. After all, there are extensive options that you can choose from to add on top of your pizza, almost all of them savory vegetables and proteins. 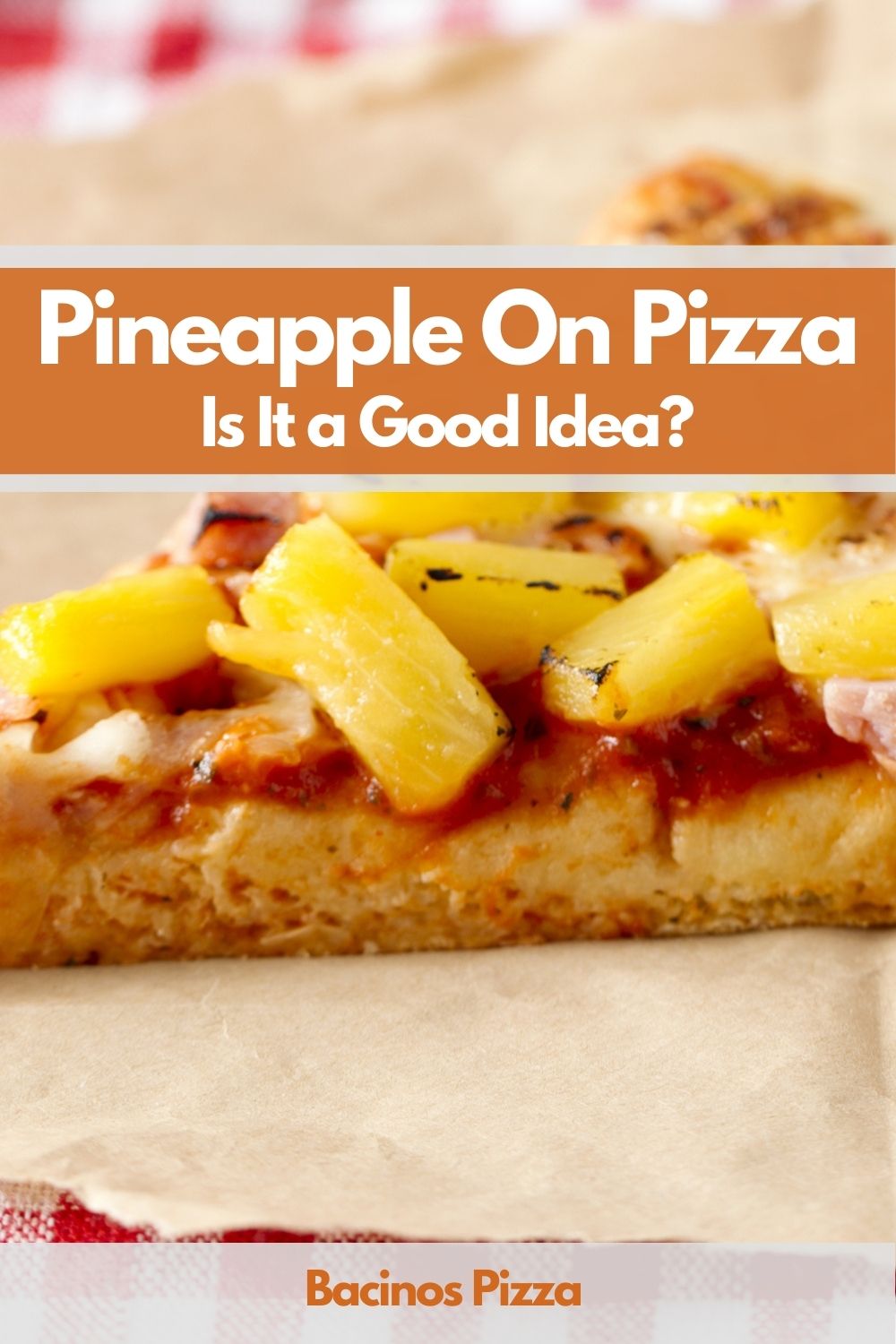 There has always been one outlier of an ingredient that has caused more debate than whether or not to fold your slice. That’s pineapple as a topping on pizza. The truth is that this sweet fruit has no business on pizza, and everyone knows it, but for those who need explained in detail, here is why pineapple should not be on pizza.

The Origins of Pizza 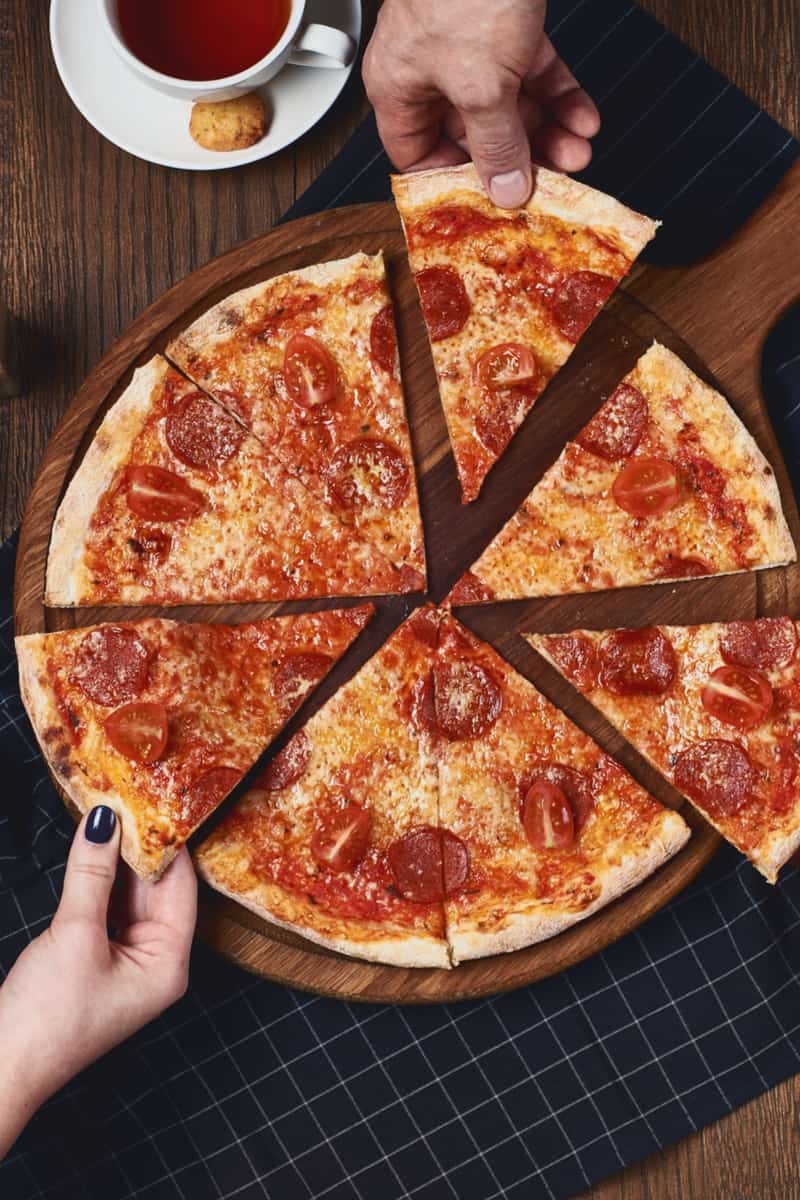 Pizza is often credited as being an Italian tradition that dates back to Napoli, where it was originally close to a flatbread. Today, Neapolitan pizza has a set of standards that need to be reached. This even includes exact measurements like a 35 cm diameter and a crust 1-2 cm tall.

In America, there were two main waves of pizza. The first was from Italian immigrants, who would eat a variation of pizza in cities like New York. The second came after World War II, when American GIs returned home.

Over time, there have been several variations on pizza. New York style is often credited as being the most traditional in America, which is known for being easy to grab and eat when you’re on the go.

Basically, it starts with dough, has a tomato sauce added, and then cheese and other toppings you may want are added on top. Then, you bake it. This is the traditional image of pizza that was passed down by Italian immigrants in American cities.

Other cities, like Chicago, developed their own styles. Chicago style is known as deep dish, and it’s closer to a pie than a pizza. It requires a fork and knife, and tradition says that UNO’s pizza came up with the recipe during WWII, but it has been said it was around as early as 1926. Other styles of pizza include Detroit, Sicilian, and New Haven-style pizzas.

No matter what style the pizza is, however, there are always a few similarities that follow. The bottom layer is a crust, followed by the savory sauce. It’s worth pointing that some New Haven pizzas break from the tomato sauce for a white sauce.

However, many still use tomato sauce and the sauce is still savory. That point is important to remember, the pizza is always savory. The same can be said for the topping. They’re always savory.

The Origins of Pineapple on Pizza 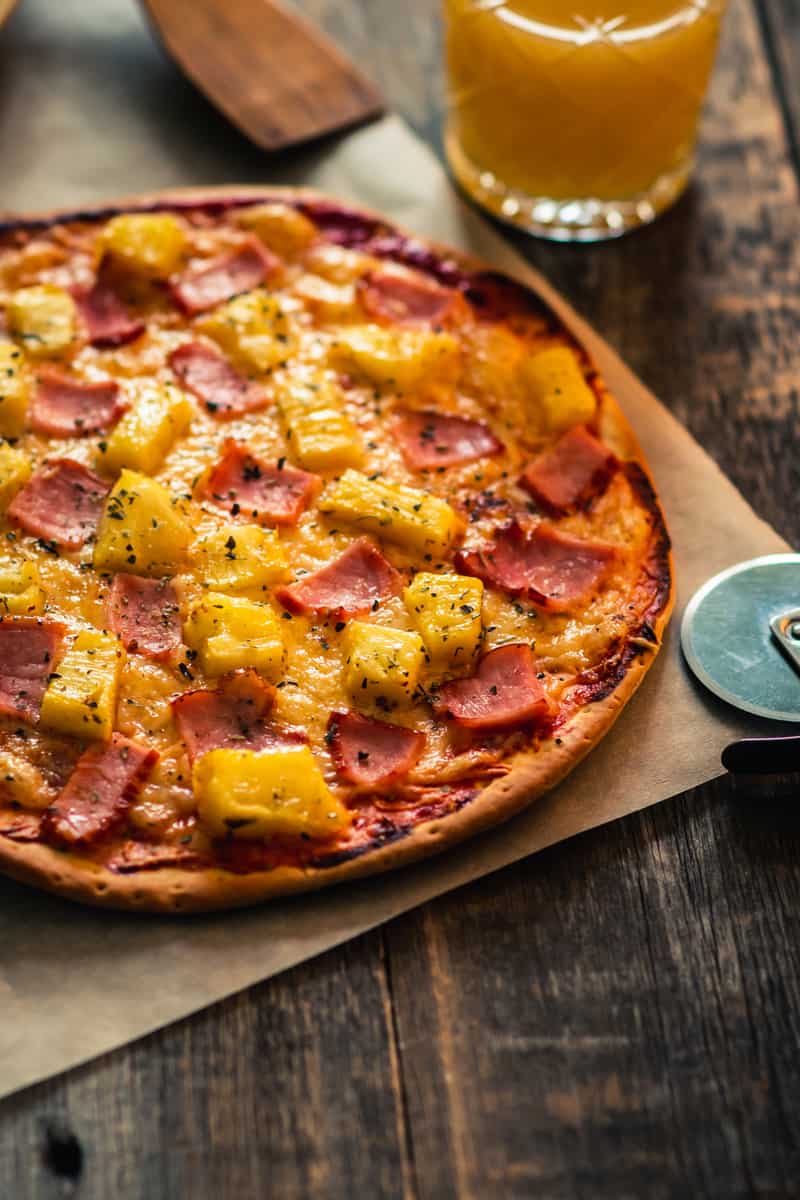 There is only one topping that isn’t savory. That’s pineapple, and it widely needs to be forgotten as a topping, remembered only as a mistake. But, how did we get here? How did pineapple end up on pizza?

Pineapple is only regularly seen on one type of pizza, Hawaiian Pizza. Hawaiian Pizza uses ingredients that someone who has never been to Hawaii might think of as being Hawaiian, pineapple and ham, and puts them on pizza.

That isn’t to say Hawaiians don’t eat pineapple and ham, just to say that they aren’t exclusive to Hawaii and Hawaiian food is much more complex and full of Asian flavor than Hawaiian Pizza implies.

This disconnect comes from its origins. Hawaiian Pizza was invented in the 1960s, by a Canadian man from Ontario. His name was Sam Panopoulos. Roughly speaking, the two are 2,500 miles away.

Even more insulting than the misappropriation of cuisine, it was done with canned pineapple. It was quickly popular, for some reason, possibly due to the wave of interest in Hawaiian culture that came during the 1950s. Remember, this is the era of Elvis in Hawaii.

From there, Hawaiian pizza spread throughout North America as a widely debated addition to the menu at pizza restaurants.

How Pineapple Breaks With Tradition

There are two basic ways that Hawaiian pizza, or more broadly pineapple on pizza, breaks with tradition. The first way that pineapple breaks with tradition are that it is a sweet topping. It’s the only sweet topping that you’re going to find on pizza, and there’s a good reason for that. Pizza is a savory food, and that’s more than just because of tradition. That’s by necessity.

Pizza isn’t like chocolate, which is a sweet food that goes well with salty flavors. You can’t blend sweet on pizza to any success. It has to be strictly savory for the flavors to go well together.

The other place where Sam Panopoulos went wrong wasn’t one particular break in tradition, but a distinct lack of understanding in the pizza tradition.

The real reason why no one seemed to mind that Panopoulos didn’t understand pizza’s proud tradition, was that they didn’t know it either. Pizza wasn’t common in Ontario during the 1960s, so it wasn’t seen as the strange topping that it was. It was just another topping option to them. 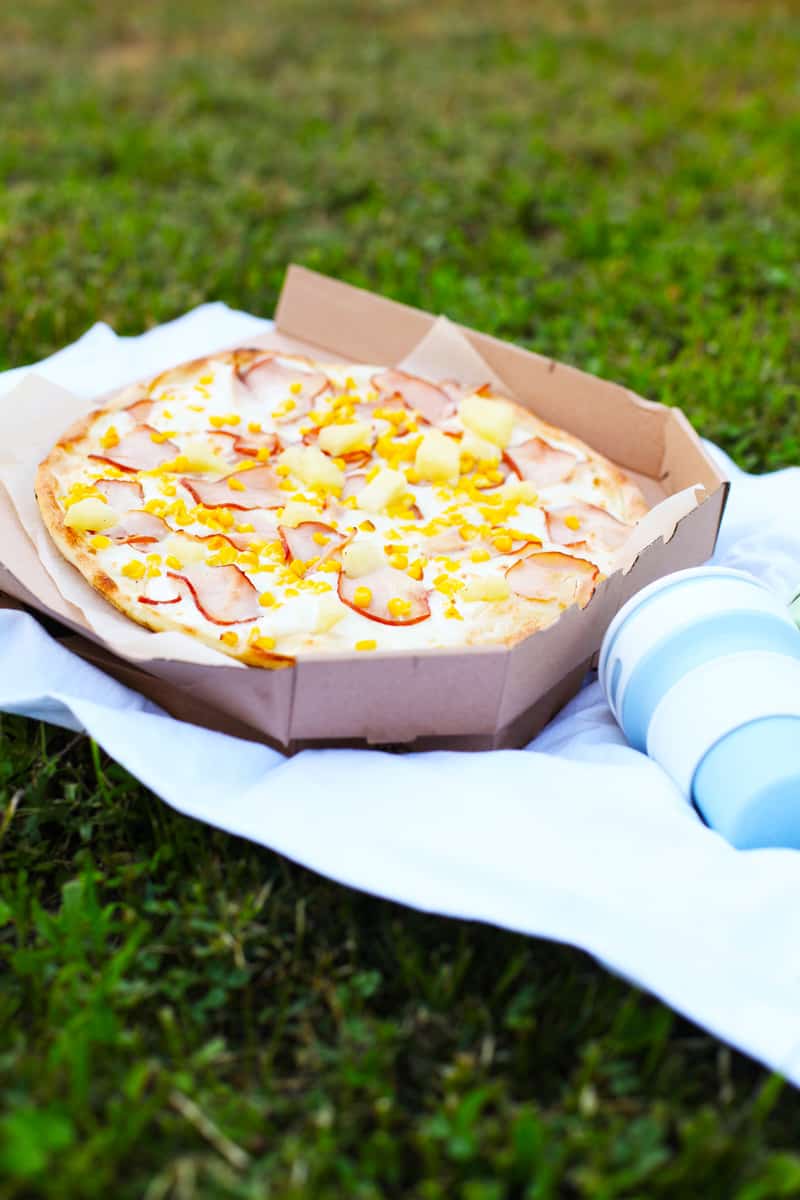 This is the real question. When does tradition matter, and when does it stand in the way of progress?

The answer is actually pretty simple. Typically, tradition exists because that is the best way of doing things. From there, innovation needs to improve how something is done, otherwise, you’re not progressing but regressing.

That’s how you know when to break with tradition when what comes from the break is objectively better. For instance, super thin crust below that 1-2cm mark is a good thing, improving the product.

On the other hand, pineapple on pizza is not objectively a better option. Plenty of people would argue that it’s a worse option, in fact. That’s because the sweet and savory don’t go together in this instance, and there is no way to make pineapple pizza only sweet without changing it from pizza entirely. 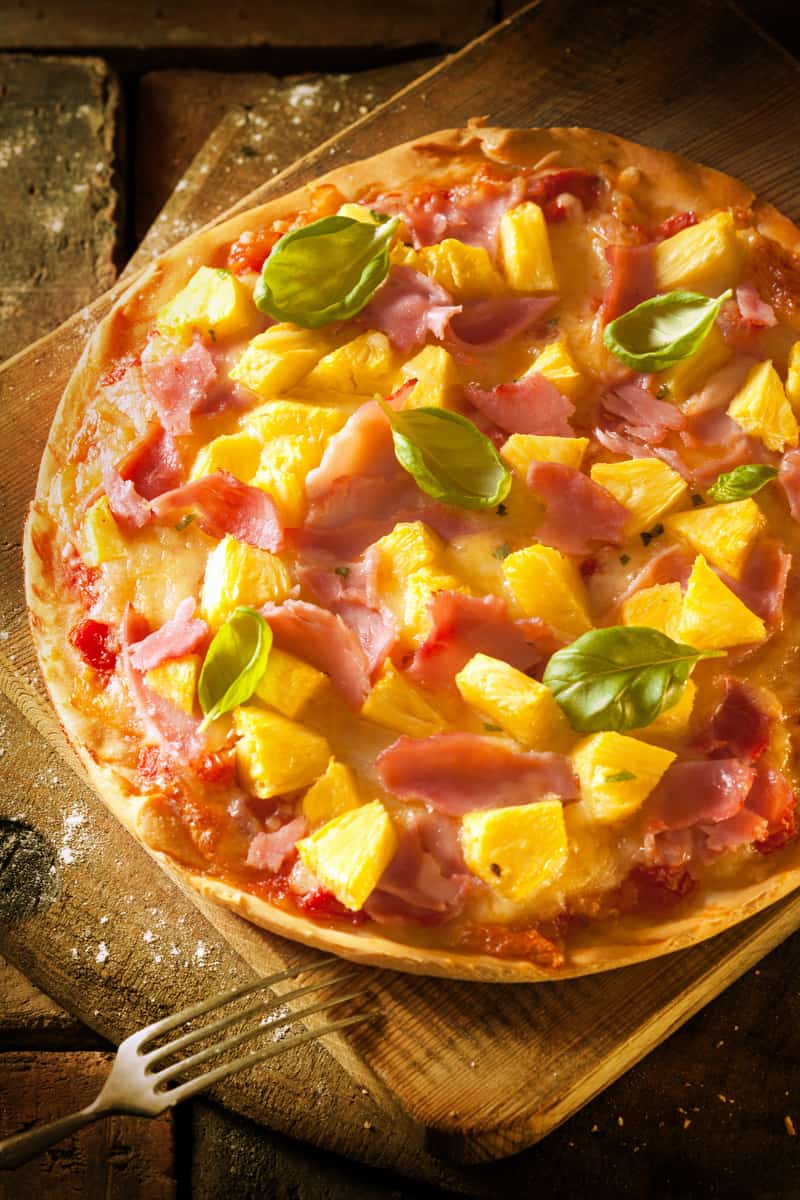 The fact is, answering the question, “Why pineapple should not be on pizza” is difficult because plenty of people do like it. At the end of the day, arguing something tastes bad is just an opinion. So, someone will always retort, “Well, I like it.” That’s all that matters to them then, that it tastes good in their opinion.

The thing is, most professionals are absolutely against the idea of putting pineapple on pizza. Celebrity chef, known for his television shows and Michelin-starred restaurants, is adamant that it doesn’t belong on pizza.

He’s not alone. Famed food writer, chef, and television host Anthony Bourdain once said he would, “Never defile God’s gift to humanity with the acidic, watery bitterness of pineapple.”

It’s not just celebrity chefs who feel this way, though. The common rank and file chef and line cook almost always hates them too. They see it widely as a sign of an immature palate to like the combination.

They also know the quality of the pineapple to is put on is almost always of cheap quality. It comes from a can and is almost never made with fresh pineapple, because of restaurant overhead costs. Canned fruit is cheaper. Canned fruit doesn’t expire and needs to be thrown out.

It just makes sense to use a lower quality product, because the people eating Hawaiian Pizza likely don’t know the difference in their minds. 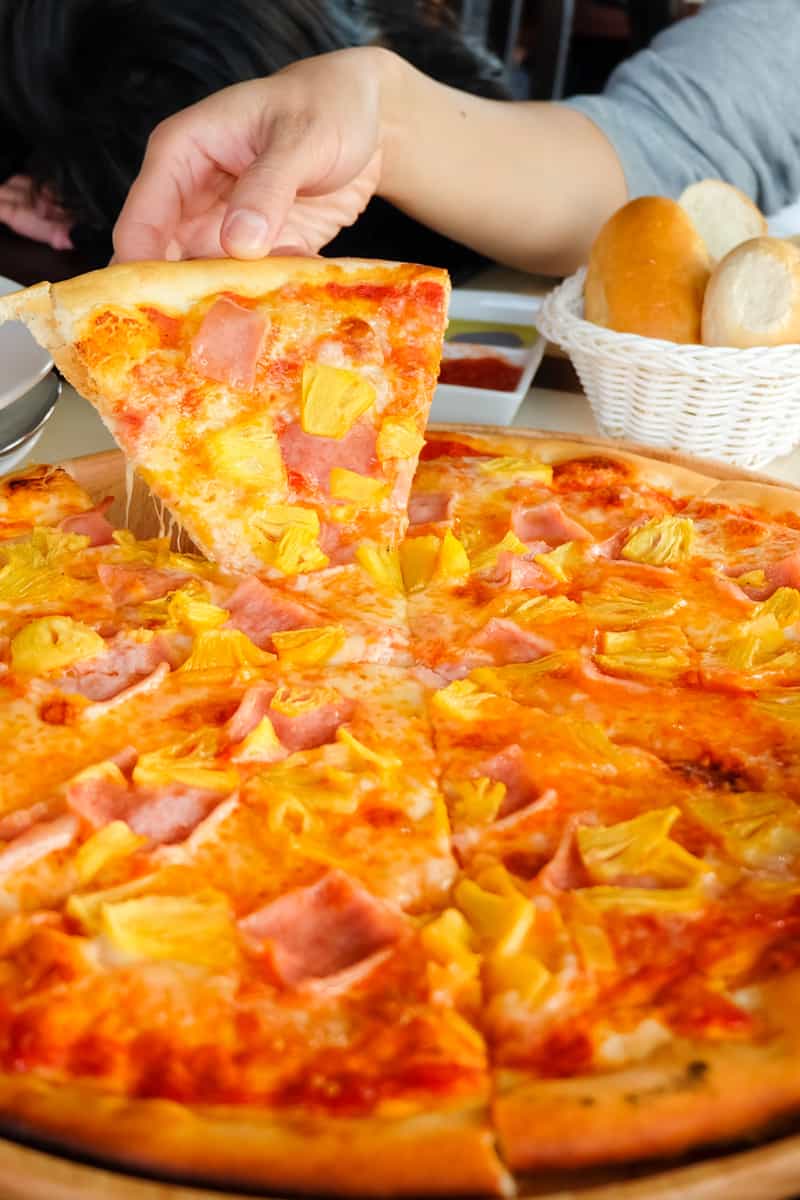 Canned fruit, now sickly sweet with added sugar sitting in its own and artificial juices, warmed in an oven on top of a savory pizza does not taste good. All it does is make your pizza wet and taste like a mistaken experiment. Of course, that’s exactly what it is, a mistake of an experiment that went too far.

There is simply nothing good about putting pineapple on pizza. If you still want to debate if pineapple belongs on pizza, just remember that most people would also expect you to order your steak well done.

At this point, it’s not a matter of debate if pineapple on pizza is bad. It just is bad, plainly speaking. This has gone far beyond a trend, and it has entered the world of cultural touchstone. It’s just one that shouldn’t exist. Leave it alone and enjoy pizza the way it was supposed to be enjoyed, and not with warm wet fruit wrecking the flavor of the pizza.

Do what you want, but just don’t put pineapple on pizza. Please leave any questions you may have on pineapple pizza in the comments down below. 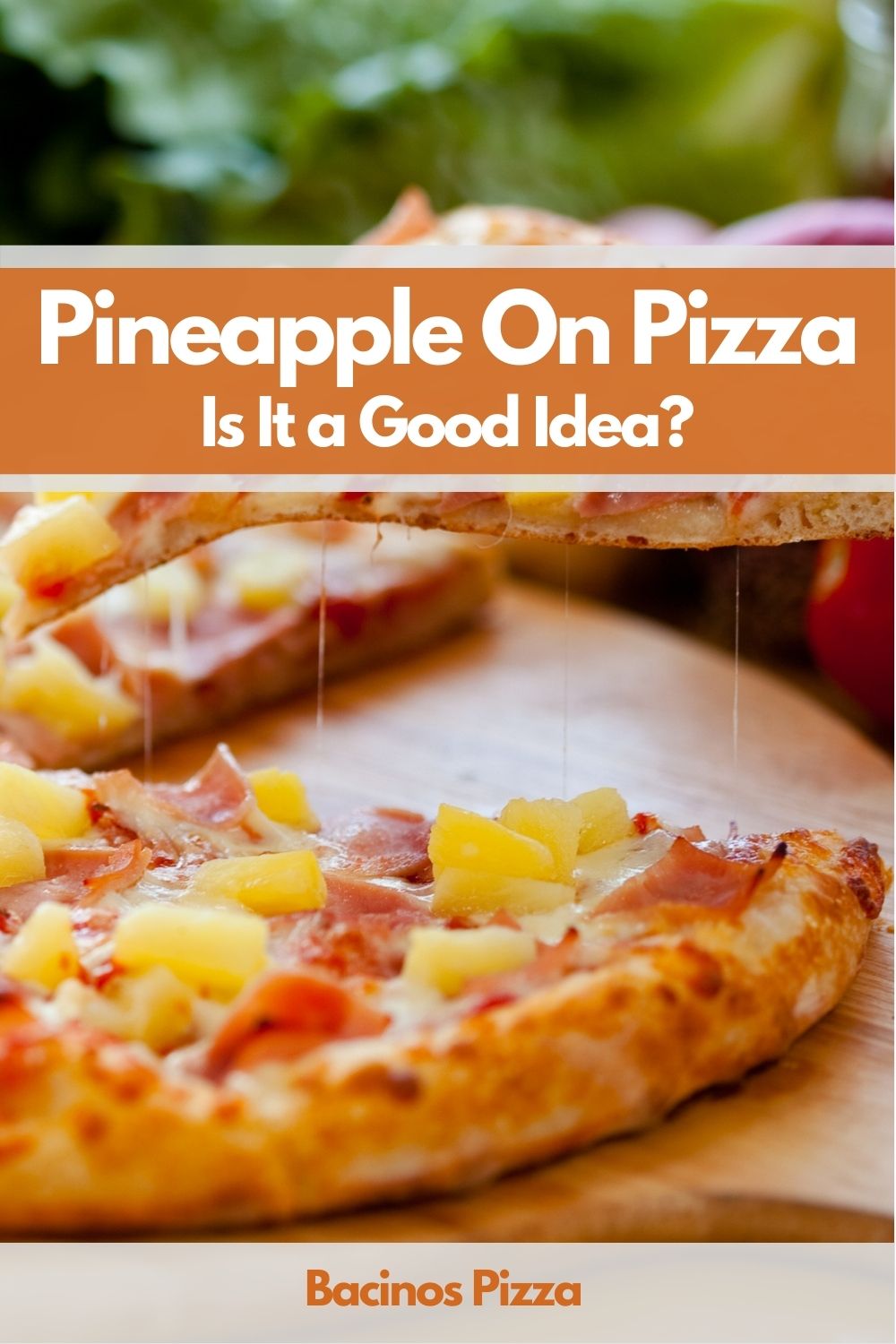 9 thoughts on “Why Pineapple Should Not Be On Pizza?”