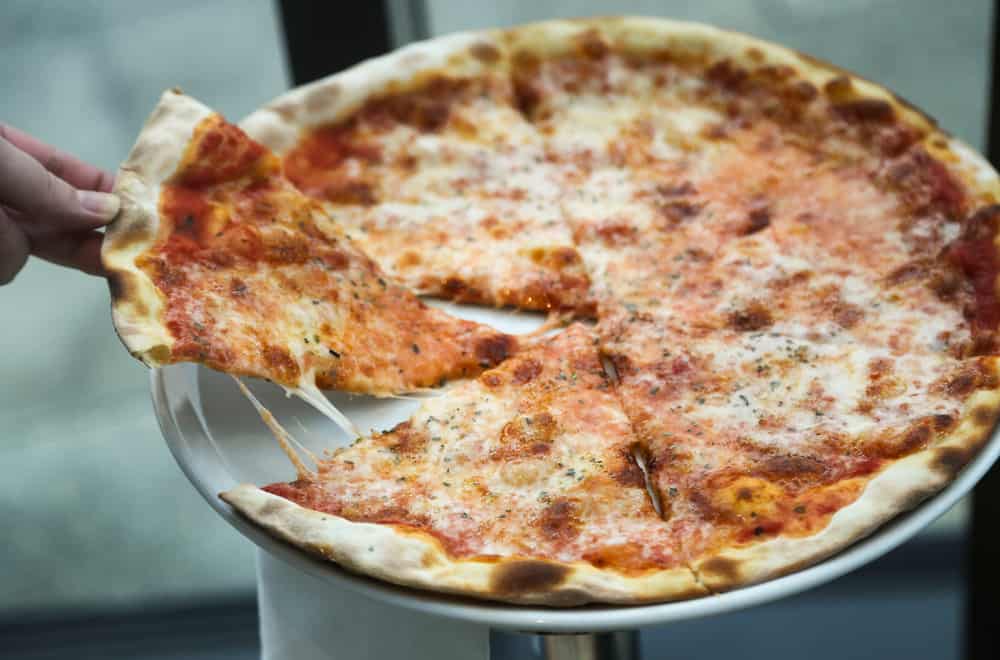 When we talk of pizza, it revolves around dough, toppings, and sauce. But despite taking its descent from Italy, pizza has traveled around the world and has taken various adjustments, hence, variety is the spice of it’s life.

In America only, there are more than three styles and types of pizza ranging from Chicago pizza to Detroit pizza, but what is so special about Brooklyn style pizza? 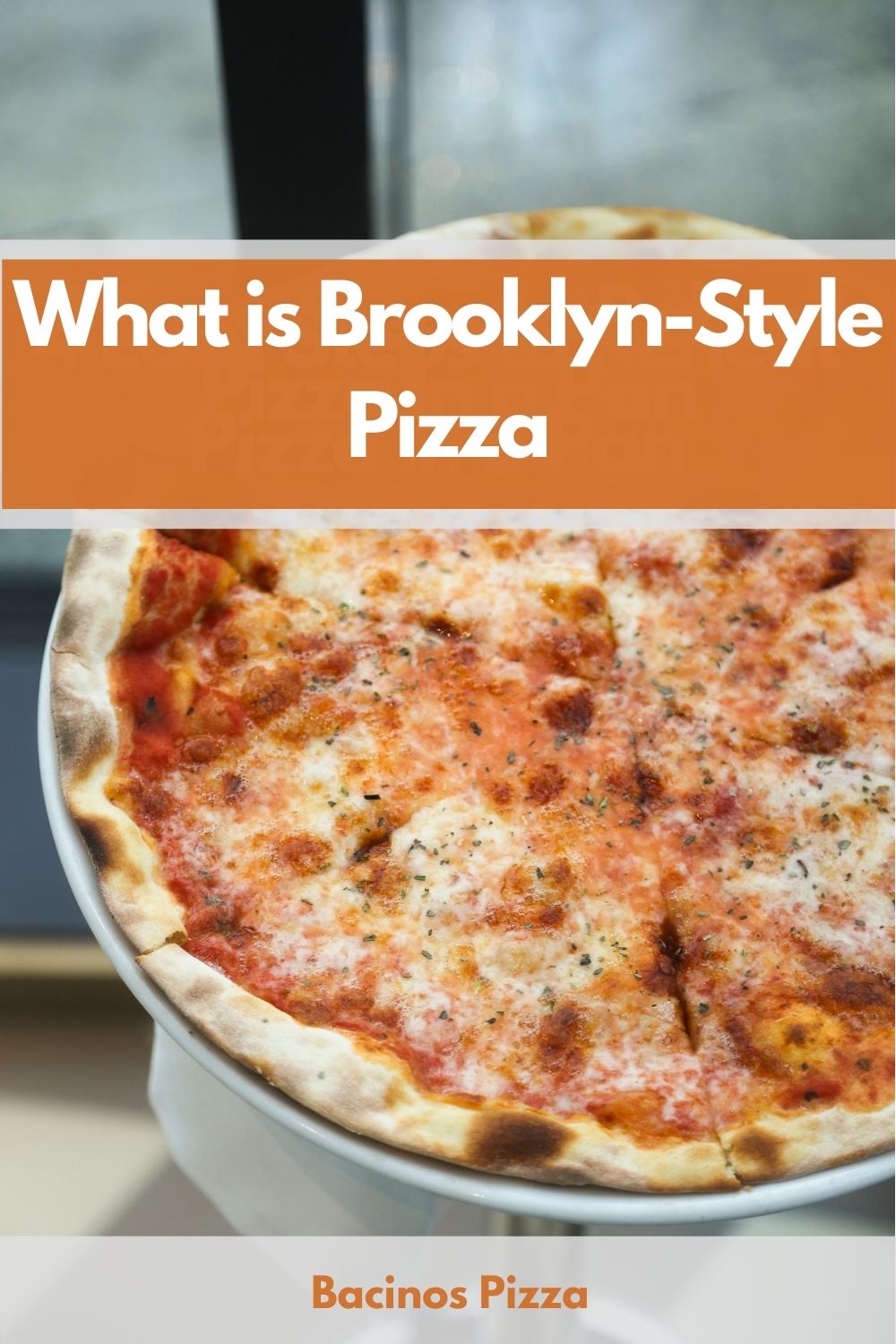 Before talking about the history of Brooklyn pizza, you have to talk about New York pizza which is the home of pizza in America.

Generally, you can’t talk about pizza without the mention of Italy, pizza was brought to the United States of America by an Italian man.

The original Pizzerias used coal-fired ovens with cheese in the bottom and sauce on top. There are over 200 pizzerias in the city of New York today.

Where did the Brooklyn Style of Pizza originate from? 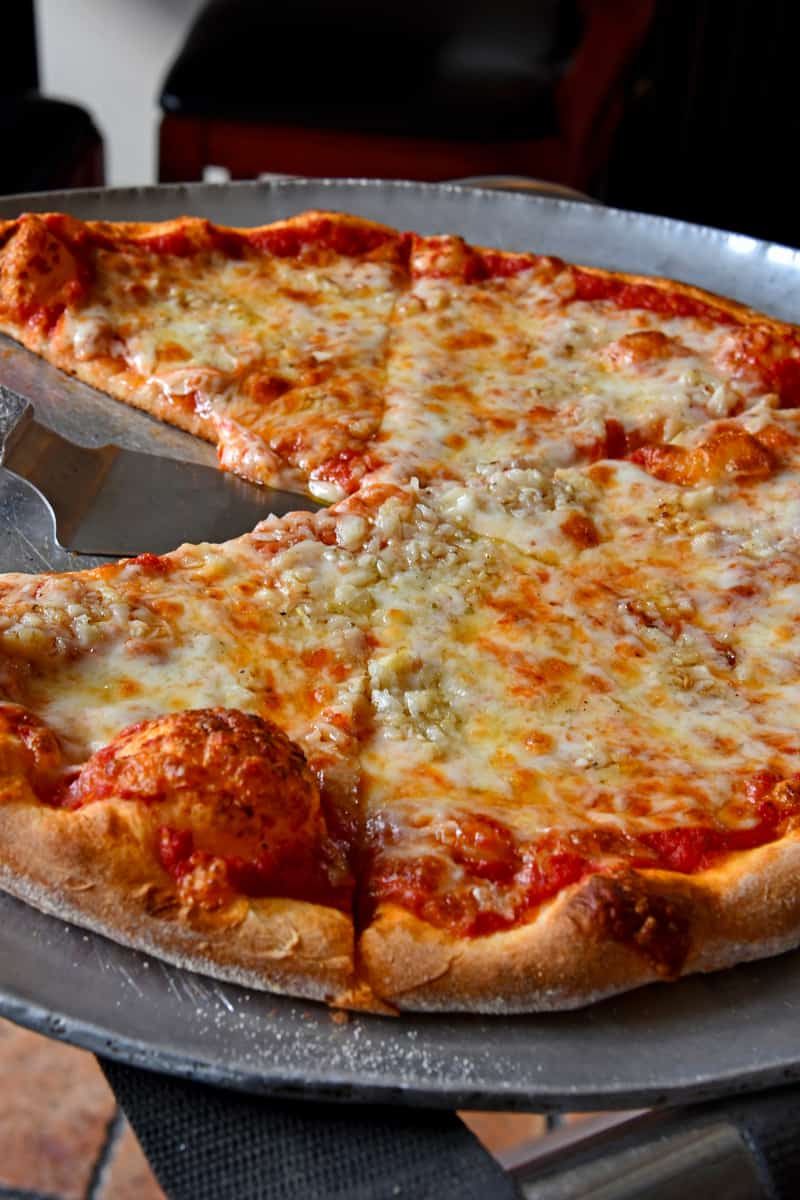 Brooklyn style was said to have evolved from the New York style.

The crust is made from high gluten bread and it is even rumored that the taste is in the water used.

The Brooklyn style features the same size range as the New York-style if about 18 to 45 inches, it also has similar toppings, the same manner of eating and they are both hand-tossed to produce the perfect dough.

The difference is the crispiness and the amount of mozzarella used.

What makes up a typical Brooklyn Pizza? 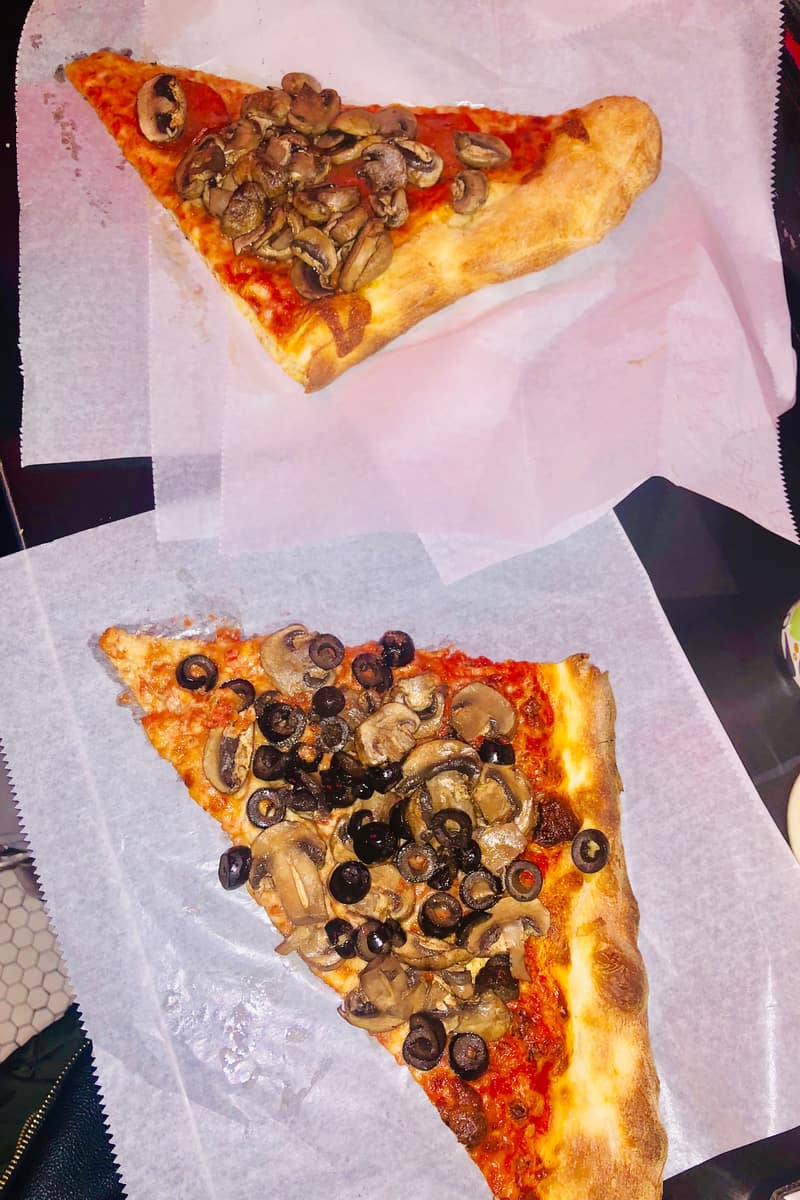 Brooklyn pizza is often talked about by several food enthusiasts, it is one of the modern pizza types that is closely related to the parent Italia type. Sometimes it is debated to be between the regular and popular New York pizza and the hand-tossed domino pizza type.

A typical Brooklyn-style pizza is not healthy for old-aged people duefNew York pizza to the high amount of fat content. People with health-related issues are advised to be careful of products with high-fat content.

But for others, eating in moderation is recommended. Scientists proved that eating pizza in moderation can help in destroying several minute throat cancer causative agents.

How is Brooklyn Pizza made?

From the oven to your table, there are several components and methods involved before your crispy round pack of pizza is achieved.

This video shows the beauty of Brooklyn pizza.

Brooklyn-style pizza dough is achieved by extra stretching out a size smallest to a large dough ball to achieve an average Brooklyn pizza size.

The baked dough produces a thin and crispy mouth-watering effect which is made possible by the liberal dusting of cornmeal on the bottom of the crust.

Surprisingly, the thin crust comes in partially baked with more fat, as fat is the agent for the crispiness. 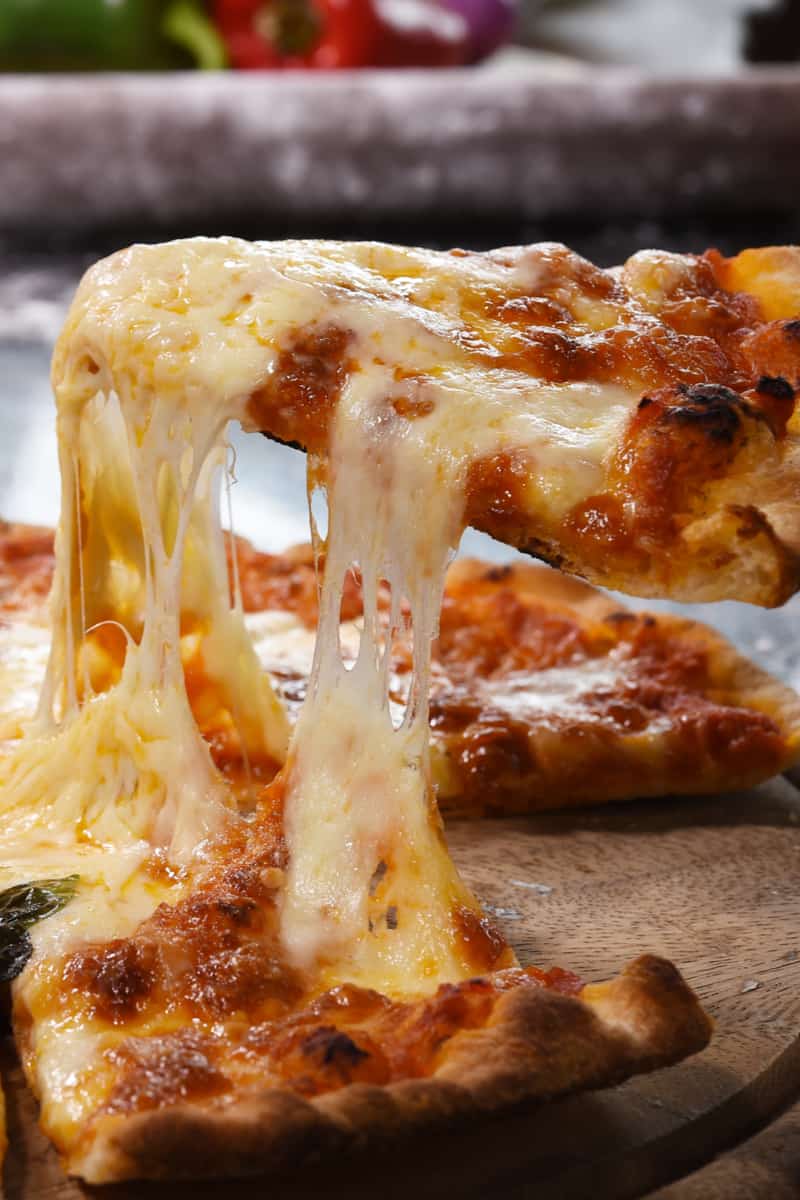 The toppings vary from person to person tastes, but the significant topping item is the cheese. Brooklyn pizza uses a half Mozzarella blend and a half Provolone so that the Provolone is slightly more than the Mozzarella.

It is a 55% to 45% ratio. It is neither too cheesy compared to the Hand-tossed pizza that uses 90 percent more cheese than mozzarella. Now, that is very cheesy. 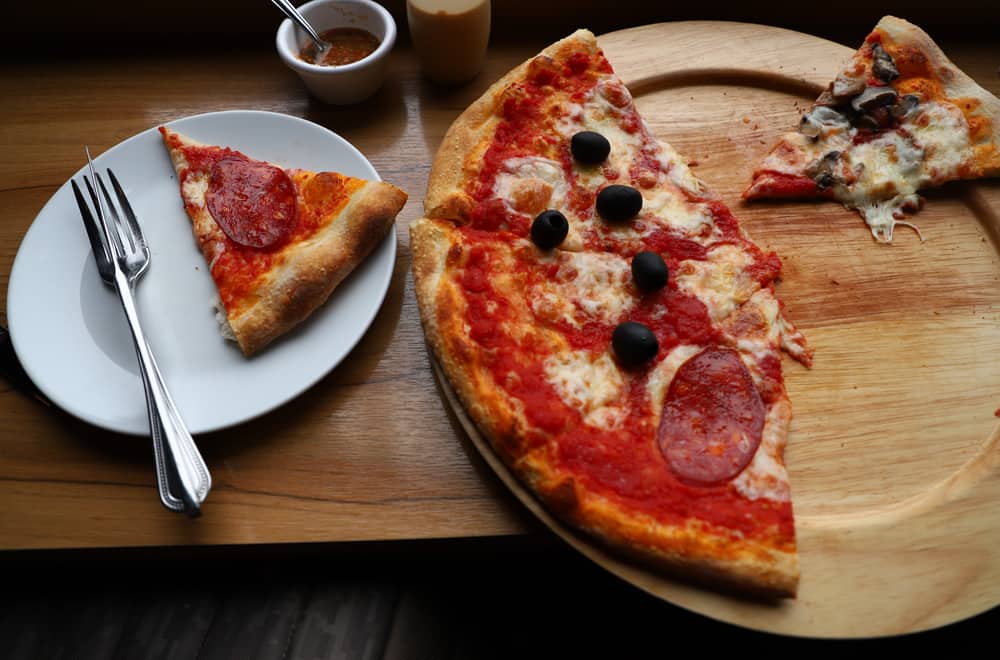 For a regular classic flavor, the recommended toppings include olives, green peppers, garlic, pepperoni, onions, mushrooms, meatballs, sausages, and basil leaves. Some people require extra cheese, it can be regarded as an extra topping.

If you are going for a more traditional pizza-style, there are some toppings that most authentic Brooklyn pizza lovers do not consider including pineapple, hotdogs, duck sausage, kale, goat cheese, plain meat, and pop candies.

But this can be tweaked to the person’s taste as there is no mandatory topping a Brooklyn-style pizza should have.

How should Brooklyn Style Pizza be served? 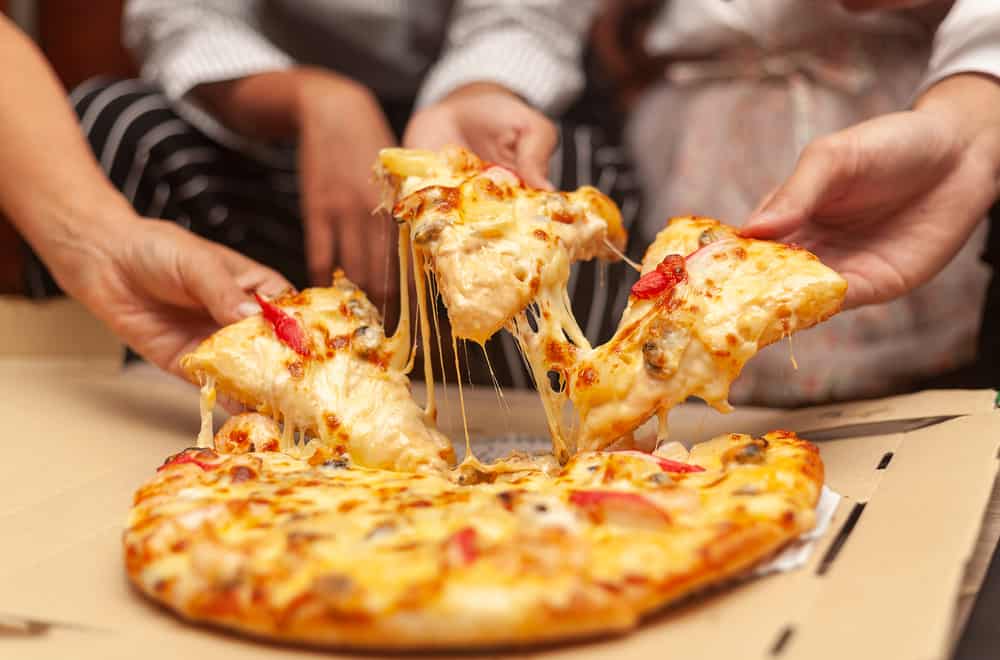 Unlike other thick-dough pizzas like the New York’s, their pizzas are cut into 8 or 16 triangles depending on their owners’ direction. A normal Brooklyn pizza is cut into squares. This is because of the thin crust the pizza possesses.

When a hot and steamy pizza is inside a box for delivery, the covering steams the pizza thereby reducing the crustiness. Since Brooklyn Pizza is known to be thin, reduced crustiness is bound to make it floppy.

It is nearly impossible to eat a largely cut, thin floppy pizza piece at once without disintegrating. Hence, the square cutting reduces the chance of breaking which is more possible if it is cut triangularly.

You can place directions for a triangular cut to your delivery man as a lot of people love their pizza in their desired shape.

How should it be eaten?

The traditional method of eating a Brooklyn pizza is by folding it into a size that can fit into one’s mouth hole. Folding ensures the toppings are mixed properly and the one-way eating makes all the nutrients combine at once.

In a standard Brooklyn pizzeria, it is considered weird to eat pizza with a fork and knife. But other shops, it can be overlooked. You can also watch how it is eaten by others.

Where should I get my Brooklyn Style pizza?

Before ordering a Brooklyn pizza, choose between your server. Do you want it from a popular fast-food joint like pizza hut or dominos, or do you prefer it from a traditional Pizzeria?

Of course, the traditional Pizzeria will provide you with quality because their main aim is not only to make money but to also share their culture and values with you through taste.

Unlike commercial food merchandised whose main aim is to satisfy as many customers as they can within the next 24 hours.

Most traditional Pizzerias do not offer takeout or reservations, eating at the shop is mandatory to experience the culture, activities, and physical value together with your pizza. If you are more culturally inclined, it is advisable to visit one.

But if you are hungry for a snack, then the commercial merchandised is your best bet. Depending on your environment, distance or wallet, choose any of those two and experience a good taste of pizza. 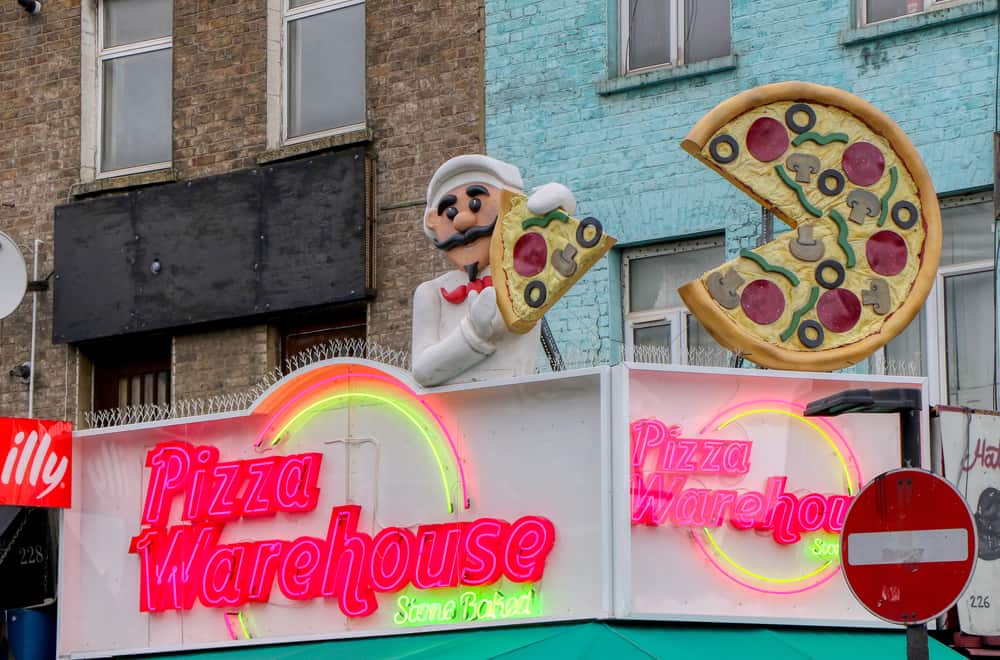 There are a lot of traditional pizza shops who make pizza from scratch in Brooklyn and they include;

Located at the 5064, 4th Avenue at Rosemont Shopping center, Juliana’s Pizzeria is one of the best two rival pizza shops in Brooklyn founded by Grimaldi and has existed for over 8 years.

It is awarded the best pizza place in America by trip advisor. They do not offer takeout nor take reservations. They also have little choice of pizza menu for vegetarians.

Funny enough, they were both founded by the same Grimaldi who started Juliana’s pizzeria. This pizzeria is over 100 years old and is still one of the fry pizza shops that still use coal stoves for the preparation of pizza. They offer almost the same rules as Juliana and are located beside each other.

Roberta’s pizzeria is one of the major tourist sites that has bushed Bushwick to the front of tourism. They are one of the old shops that use the wood-oven method. They were also rumored to be part of an alt-right pizza gate conspiracy.

It is one of the most rated pizzerias in the city of New York for its diverse menu. They offer large pizzas and small calzones.

They are popular for their perfect date arena because of their fancy nature. Several celebrities have also been spotted here.

This Food Insider video shows why Lucali pizzeria is one of the best in Brooklyn.

Rated number one by Food Network. Totonno’s Pizzeria is a family-owned joint that has been in existence for over 100 years with its founding year in 1924.

It is popular because of its menu simplicity which offers a different range of food which includes traditional Margherita, Neopolitan; no wine, no cheese delicacy, and Bianca.

They offer room for the combination of food and are known to accept cash only. They are only open from Thursday- Saturday.

Other notable ones include Table 87, Speedy Romeo, Di Fara, Emily, Giuseppina’s, and more.

Despite the descent of pizza history being embedded in animal products, there are new pizzas that are being developed for vegetarians to enjoy.

For example, there has been a plant-friendly cheese alternative compared to the already provided standard cheese.

There are several pizza types and styles available, but the Brooklyn style is one of the best, why not take an adventure to one of the popular traditional Pizzeria to have a taste of culturally infused food.

Pizza is not only dough and toppings, it also includes skills, history, and culture. 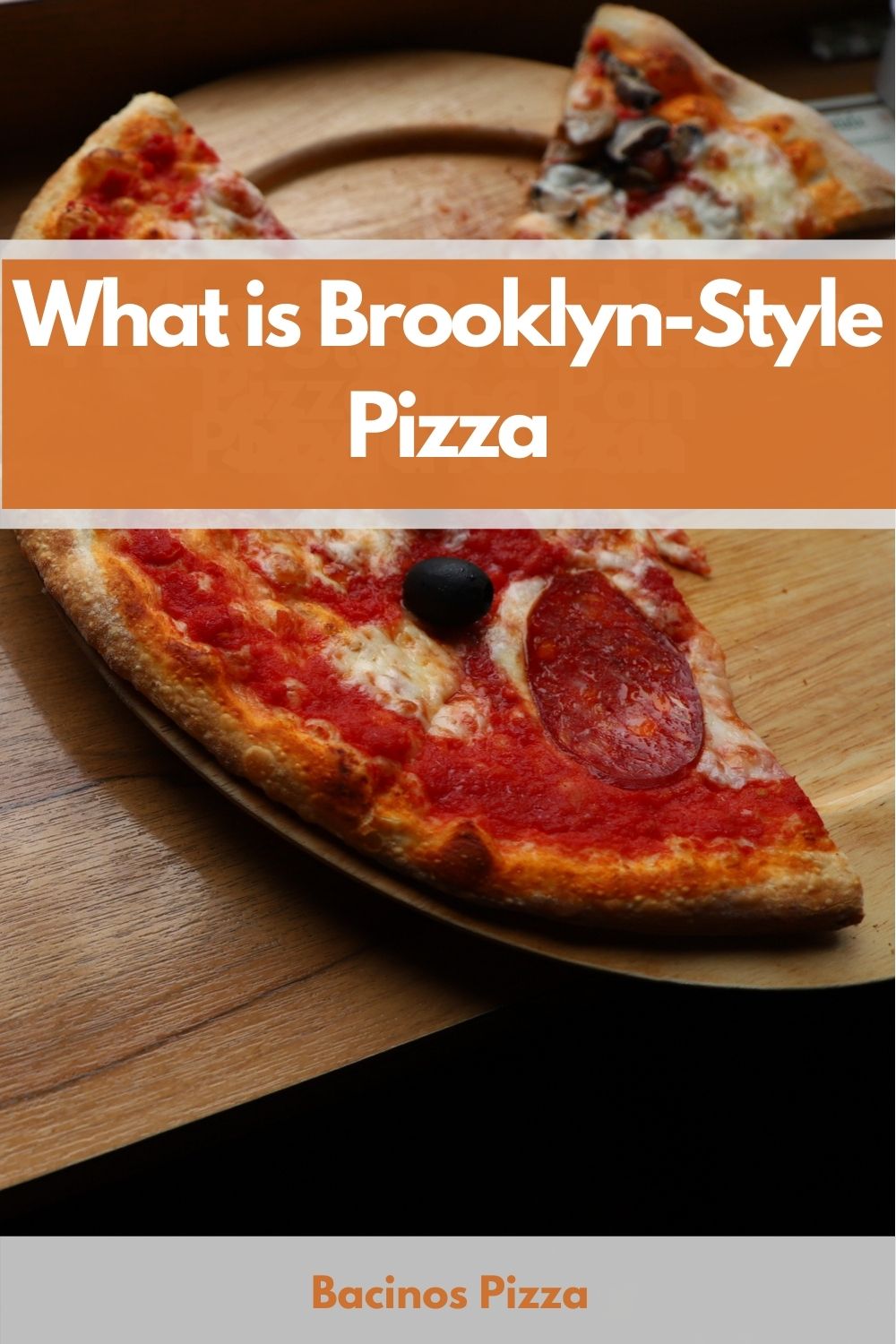