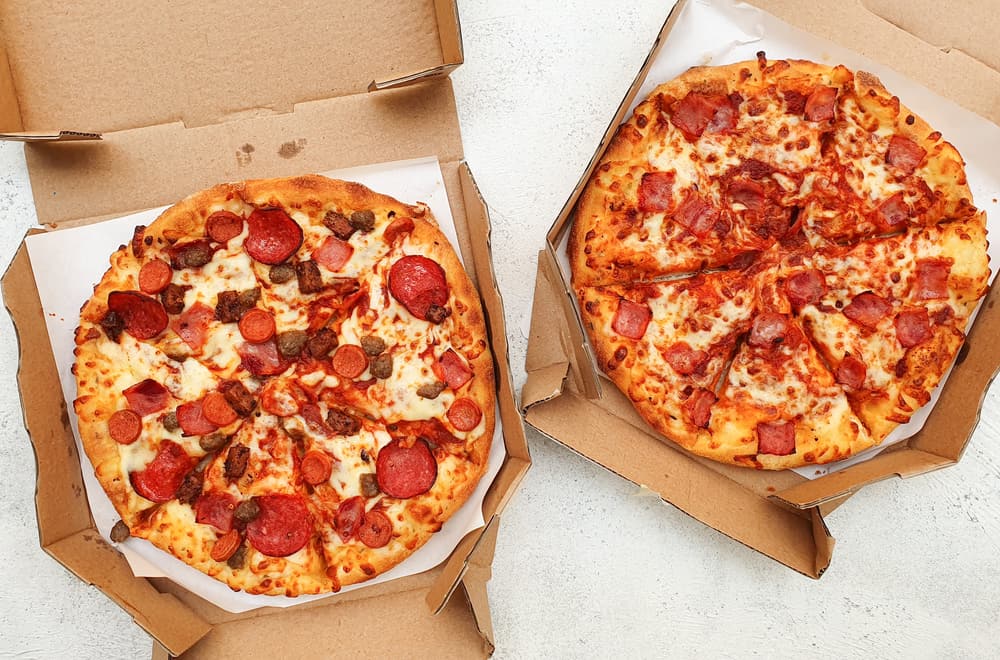 I always enjoy a good bite from a sweet and well-prepared pizza. With so many pizza cooks and brands available today, the options are overwhelming, and sometimes it can be hard to decide which one I want. Does this happen to you, too? 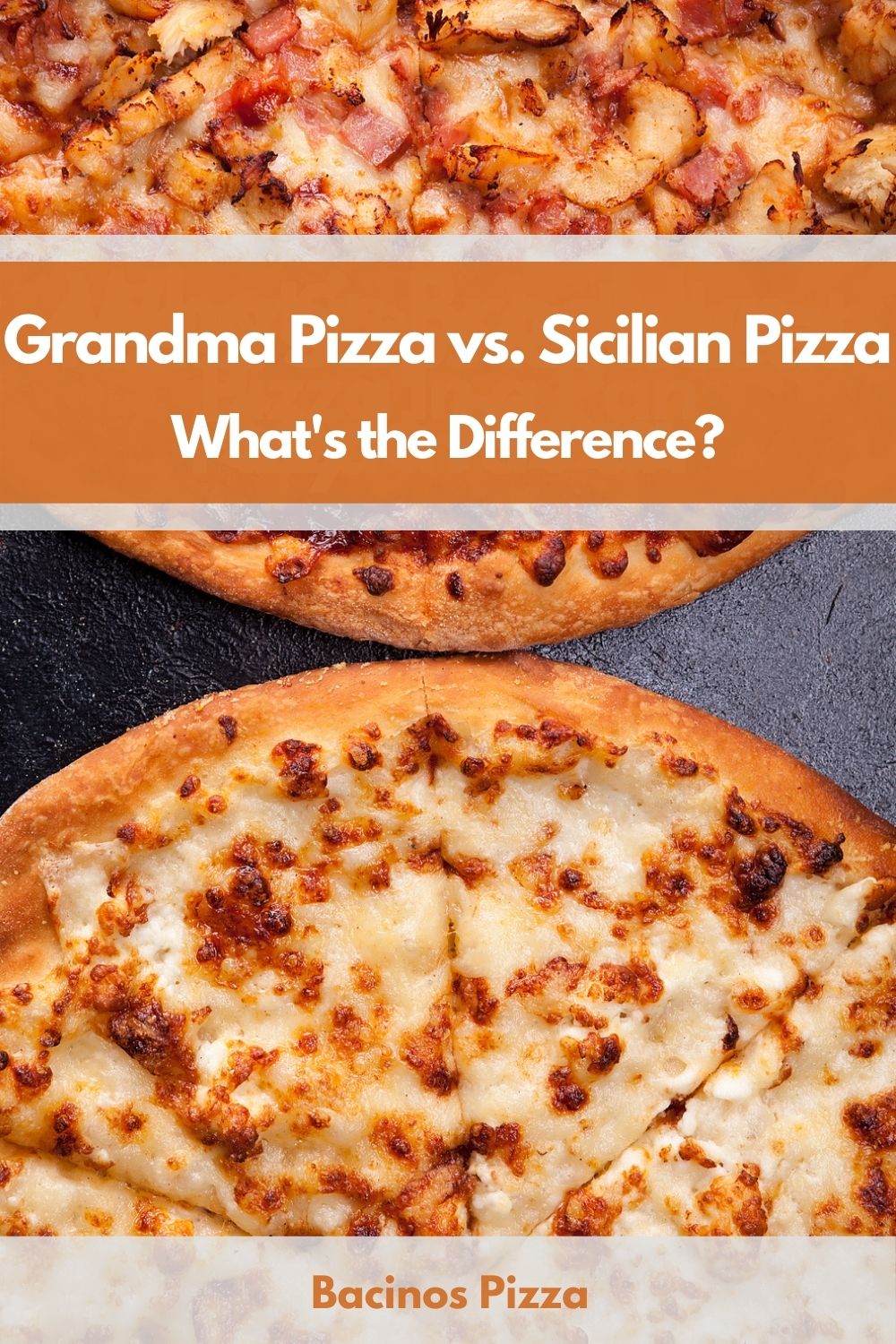 If so, then let us look at two of the most popular pizzas in the market today to help you make an informed decision. Today, we will be talking about Grandma Pizza vs. Sicilian Pizza to find out their differences. Read on to understand which of the two is better in terms of taste, quality, and other aspects.

The History of the Two Pizzas 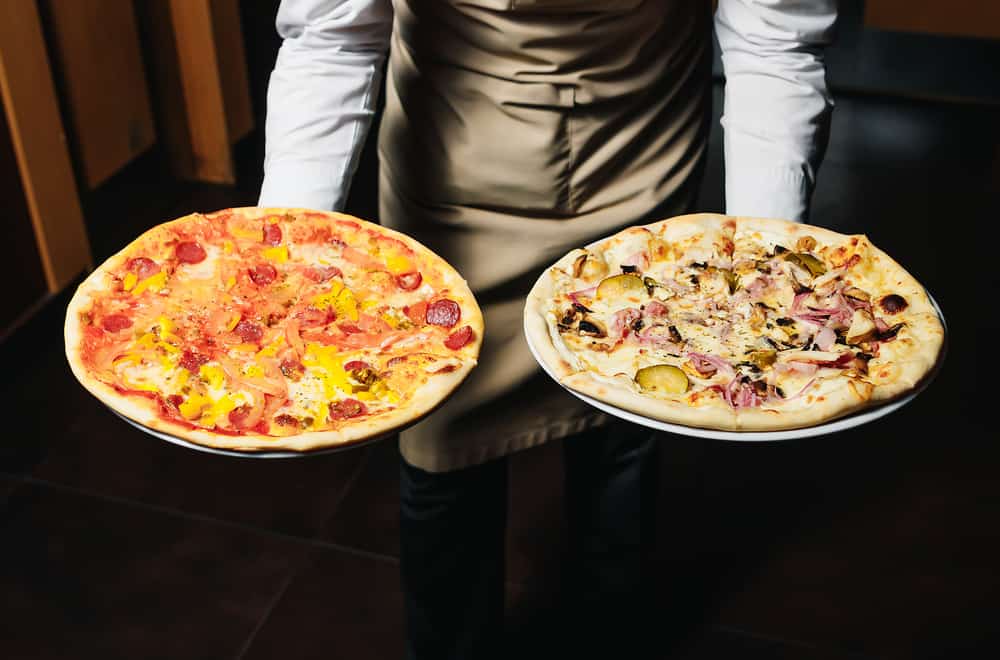 Let us start right from where it all began. Grandma and Sicilian pizzas both came to life at different times. For Grandma Pizza, it was just a normal home meal that elderly Italian women in their kitchens prepared. The pizza was later introduced to New York in the late 60s.

This introduction into the pizzeria world was done by the local shops in the New York area. Grandma Pizza became so popular in that area, and it gained an incredible fan base. Since then, this amazing dish has remained among the top products in very many pizzerias around New York.

On the flip side, the story of Sicilian pizza is quite different. First of all, the pizza is not Sicilian, regardless of its name. It is not even close to any dishes from southern Italy. The launching of this savory meal took place in the Little Italy area in Manhattan.

After its introduction in this area, different pizzerias developed their unique recipes for Sicilian Pizza, such that no two formulas are alike. Many restaurants and pizzerias have pointed out that Sicilian Pie has been among their top-selling dishes for years. 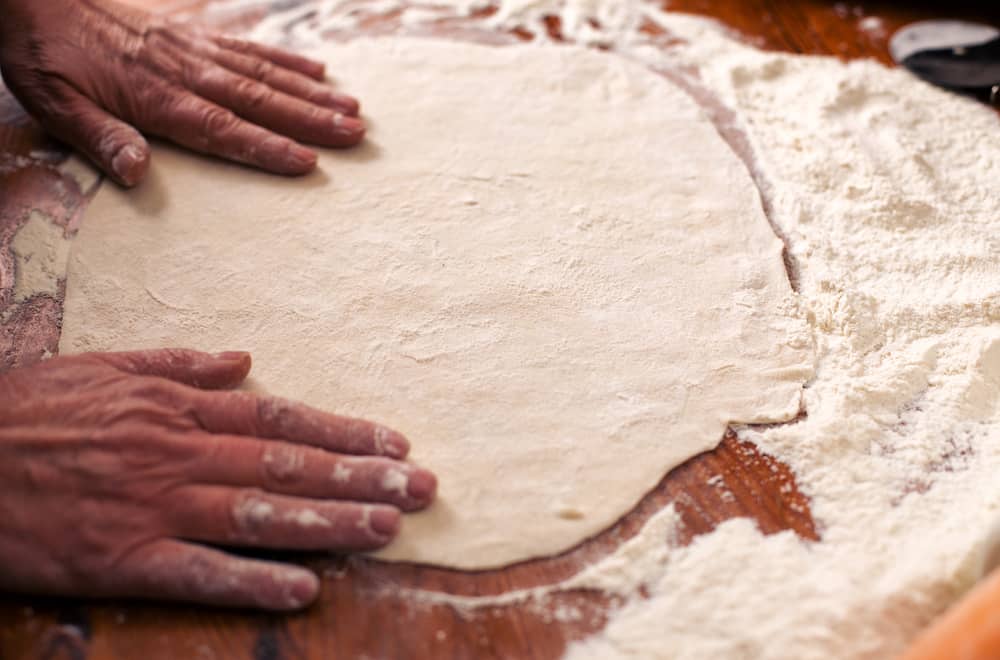 Now let me take you to the differences in the two pizza crusts. Looking at their crusts is one of the easiest ways to tell the two pies apart. Grandma Pizza has a thinner crust than that of Sicilian pie. The difference in this thickness is brought about by the method used in preparing the pizzas.

One similarity you should be aware of about these two delicacies is that they are stretched in a pan lined with a generous amount of olive oil before being placed into the oven. Nevertheless, the difference comes in the time allowed for the dough to proof. Sicilian-style pie is allowed some time in the pan to rise a little before it is put into the oven.

This is how the final product comes out with a thicker, softer, and fluffier crust. Such a crust makes a Sicilian pie have so much in common with Focaccia bread than the typical New York-style Pizza. On the other hand, Grandma Pizza is put into the oven almost immediately after being stretched out on the olive-oil-lined pan.

This way, the cooked pizza comes out with a crispy, denser, and thinner crust than that of its Sicilian cousin. The olive oil used in the preparation of these two dishes has several benefits. Besides ensuring that the pizza separates well from the metal when it is done cooking, the oil also helps in making the bottom of the crust crispy.

This contributes to the flavor of fried bread on the outside while creating a stable structure where cheese and sauce are placed. It is important to note that the two pizzas are prepared in square pans.

The Cheese and Sauce Order 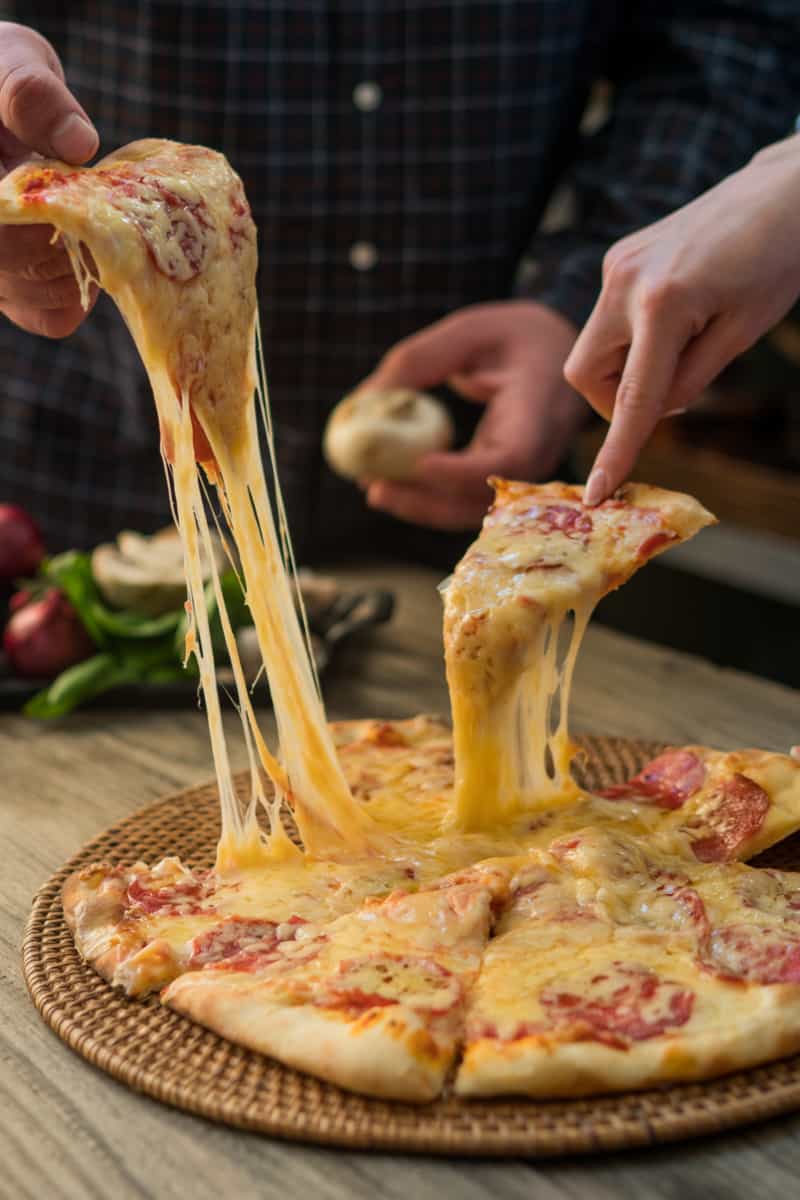 The recipe for a Grandma Pizza dictates that you should add cheese to the pie before the sauce. This is a clever way of preventing the cheese layer from getting overcooked. However, the result will be almost the same even if you started with the sauce then added the cheese layer.

This is still the case with the Sicilian pie. None of the two pizzas originated from Italy, so there is no single way of layering either a Grandma or a Sicilian.

Nothing says sweet pizza better than well-prepared tomato sauce. If you cook pizza in your home as I do, then you must understand how important it is to cram the sauce–making procedure. There are so many things that could go wrong, and that is why I took it upon myself to educate you on this issue.

The best thing about making your sauce is that it is not packed with preservatives, unlike the store-bought sauces. This YouTube video shows the step-by-step process of how to make tomato sauce for your pizza.

However, I am going to briefly explain the step-by-step process so that you don’t get confused.

The ingredients you will require for your sauce include, but not limited to:

How different are Grandma and Grandpa Pizzas? 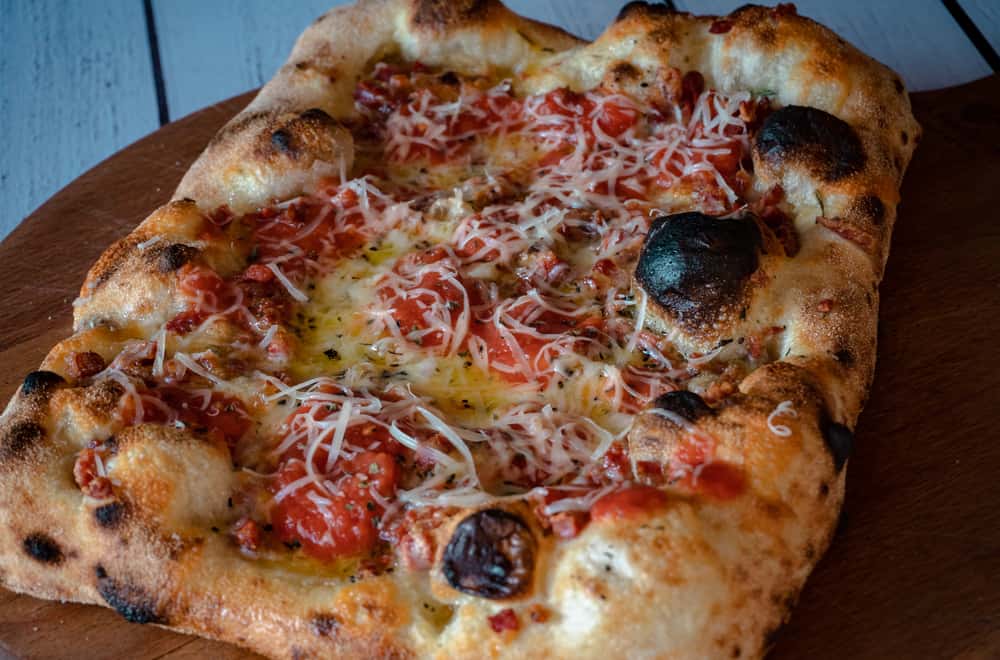 These two are the same thing. However, Grandpa Pies come with extra sauce and cheese. Grandma Pizzas were the first to hit the market, and their Grandpa counterparts joined them later in the pizzeria world.

The dough used in making Sicilian Pizza brings all the difference.

Additionally, when cooking Sicilian Pizza, you will be required to use more oil, lard, shortening, or butter, depending on your tastes and preferences.

The weight and fluffiness of a Sicilian Pizza are higher than those of normal pizzas. Sicilian Pizzas are cooked in seasoned pans.

A Grandma slice of Pizza: What is it?

A Grandma pizza is one that originated from New York’s Long Island. Like any other pizza, this square pie is often accompanied by tomato sauce and cheese.

The name ‘Grandma’ depicts the pizza’s reminiscence to the pizzas that Italian grandmothers cooked at their homes without a pizza oven.

You might confuse it for a Sicilian Pizza, but a Grandma Pizza is often thinner and crustier than a Sicilian.

How healthy is a Sicilian Pie? 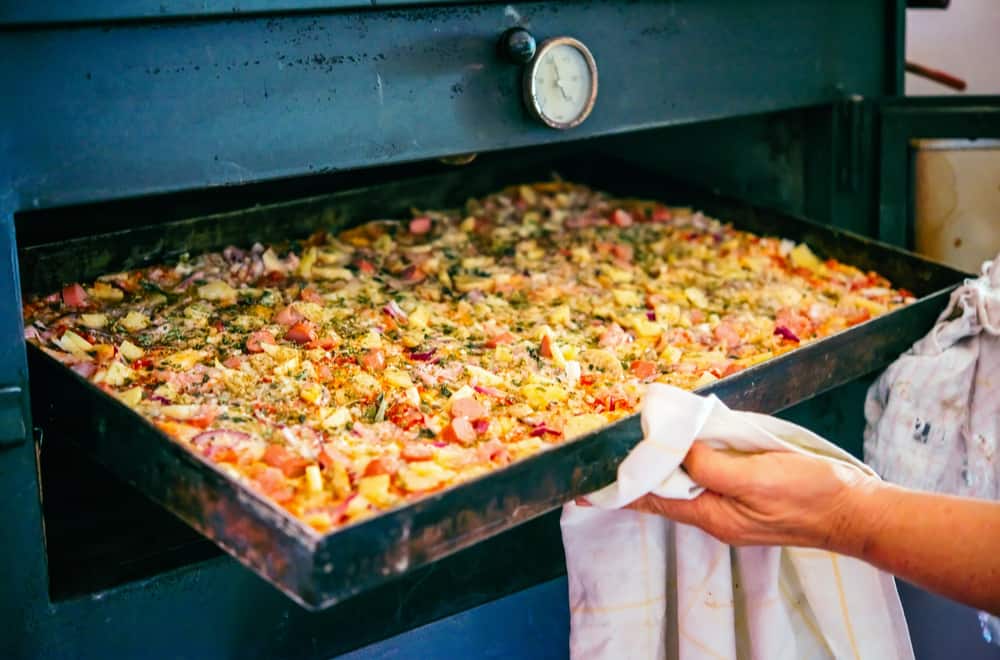 When you compare a Sicilian Pizza with a regular pizza, you will realize that the former has higher calories, sodium, and fat than the latter. It also has a thicker crust, and it is either square or rectangular.

It is wise to have such rough ideas about the calorie content in your pizza to help you stay in control of your weight management.

Sicilian Pizza may have high sodium and fat content (one slice contains 20g of fat), but it is an exceptional source of iron, Vitamin A, calcium, carbohydrates, and proteins.

What does Sicilian mean?

Italy’s Palermo region is where Sicilian-style pizza originated from, and its authentic version was known as ‘Sfincione.’ Sfincione means ‘Thick Sponge’ in English.

Therefore, the name Sicilian was given to this pizza because of its crust that has a spongy bread base.

How are Italian pizzas different from American pizzas?

The sauce creates the whole difference between American and Italian pizzas. Italian pizzas are sauced with oregano, olive oil, pureed fresh tomatoes, and garlic. This gives them a rich, fresh, and herby taste. On the American pizzas, you are likely to find slow-cooked tomato sauce.

Additionally, you might find a mixture of different meats on U.S pizzas, a scenario that cannot be found in the Italian pies. Instead of mixing meats, Italians embrace and appreciate each type of meat’s unique flavors and tastes.

Why is pizza considered one of the most popular junk foods?

Home-made pizzas might not be a health hazard to you if you prepare them the right way.

However, most of the pizzas bought from restaurants and vendors are quite unhealthy, thanks to their high contents of fat, sodium, and carbohydrates.

The high-fat content is the main issue because it increases the cholesterol level in the consumer’s body, consequently putting them at risk of heart disease. Watch this video to learn more about cholesterol and its effects.

You might have been wondering how to distinguish between Sicilian Pizza and Grandma Pizza for some time. Well, the information discussed above is quite detailed to help you know the differences between the two. The most conspicuous difference between a Sicilian and a Grandma pie is that the former has a thicker and fluffier crust than the latter.

However, Grandma Pizza’s crust is crispier. There are other differences between the two, as discussed above. If you feel something is not clear, feel free to leave a comment below with your question, and we will promptly get back to you. 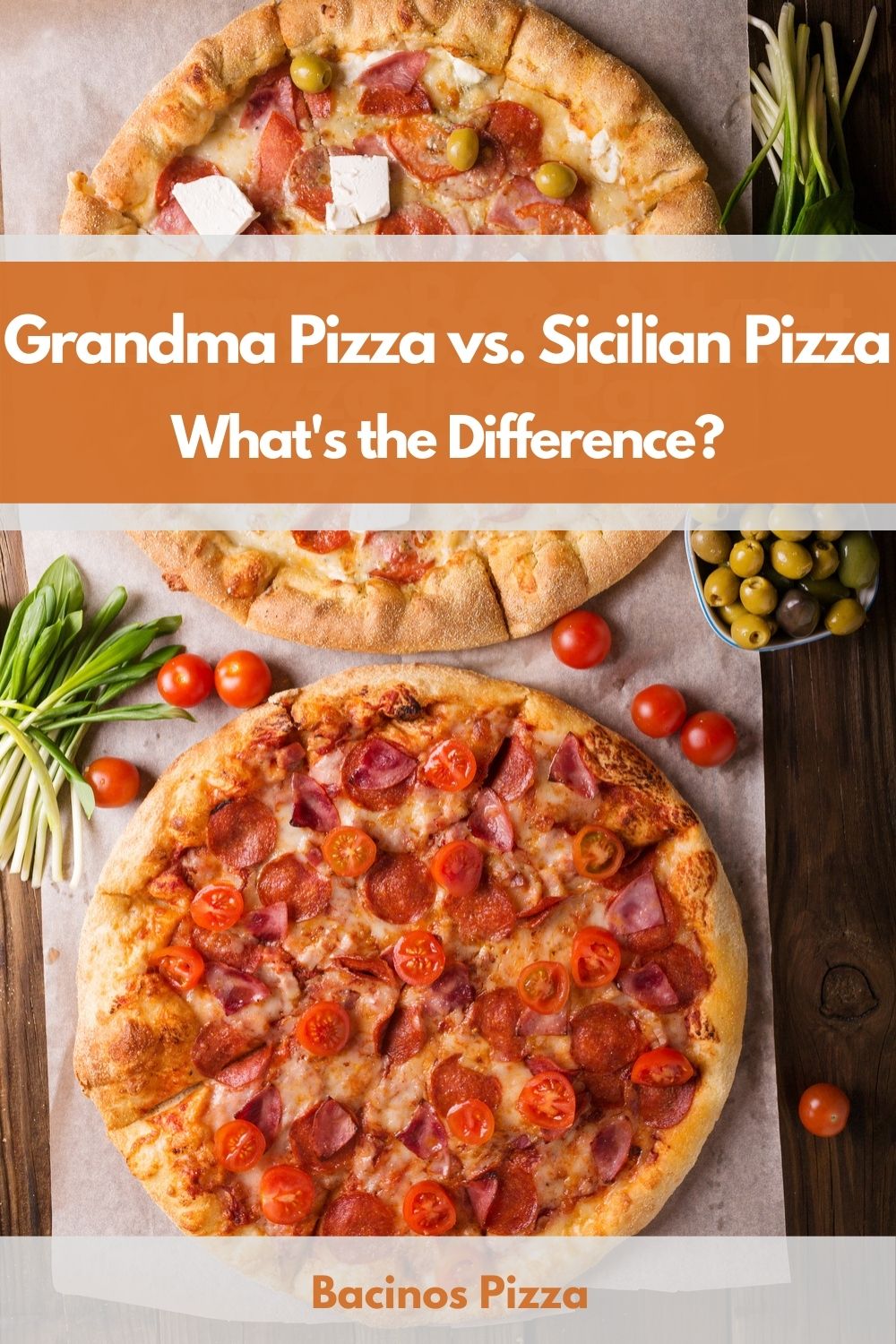