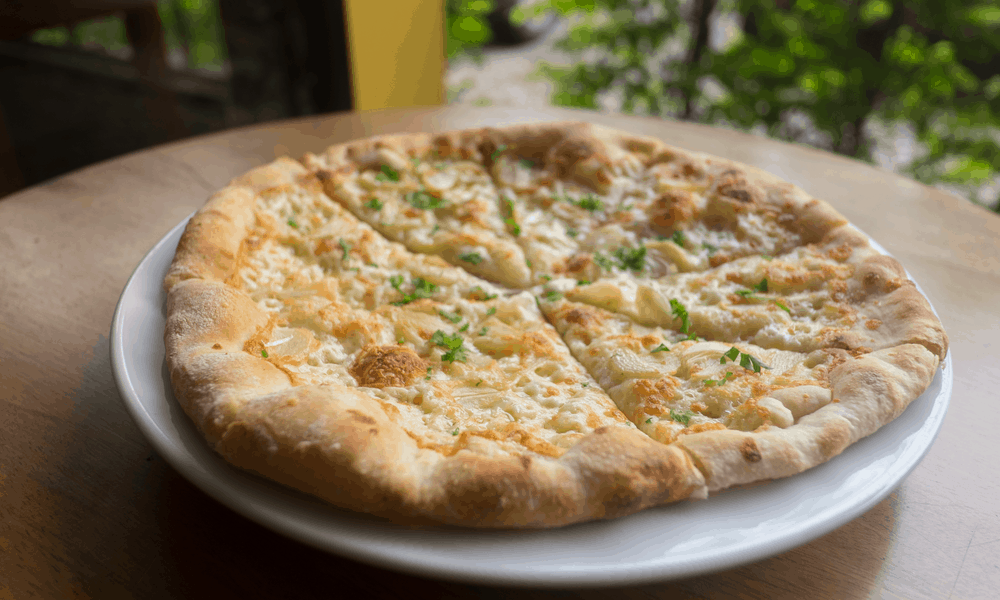 When you talk about Pizza in general, you speak about doughs, cheese and the color red, but have you heard of white Pizza before? If you have heard of such, do you know what a white Pizza is? This article will give you all the information you need to know about white Pizza. 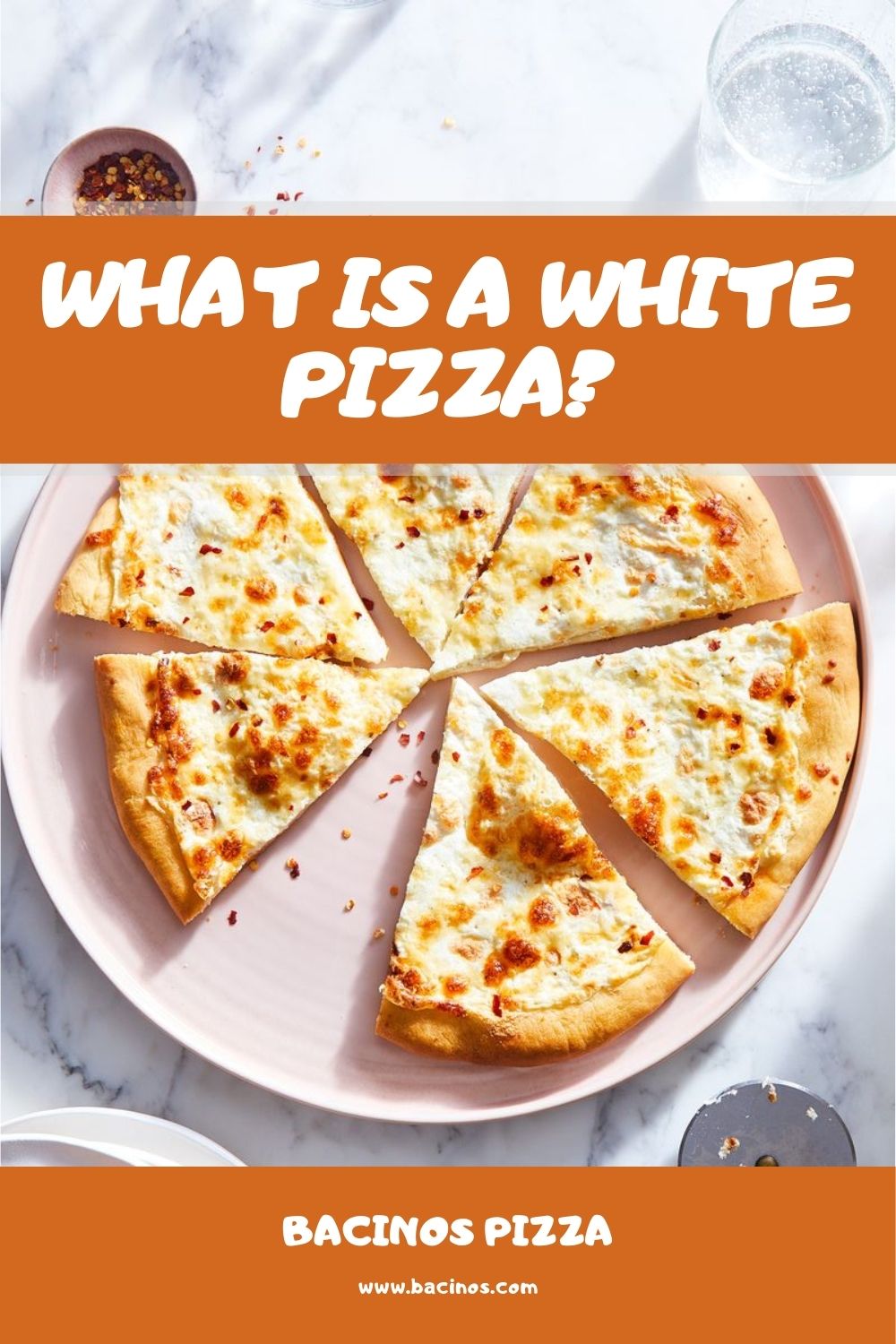 When white Pizza is mentioned amongst pizza lovers; there is little to no reaction as it is rarely ordered. Some believe white Pizza is similar to vegan Pizza, but the compared vegan pizza is different entirely.

White Pizza is a type of Italian Pizza made with no tomatoes. This is why it is white in color with just little contrasting colors of the toppings. Sometimes small slices of tomatoes are added. 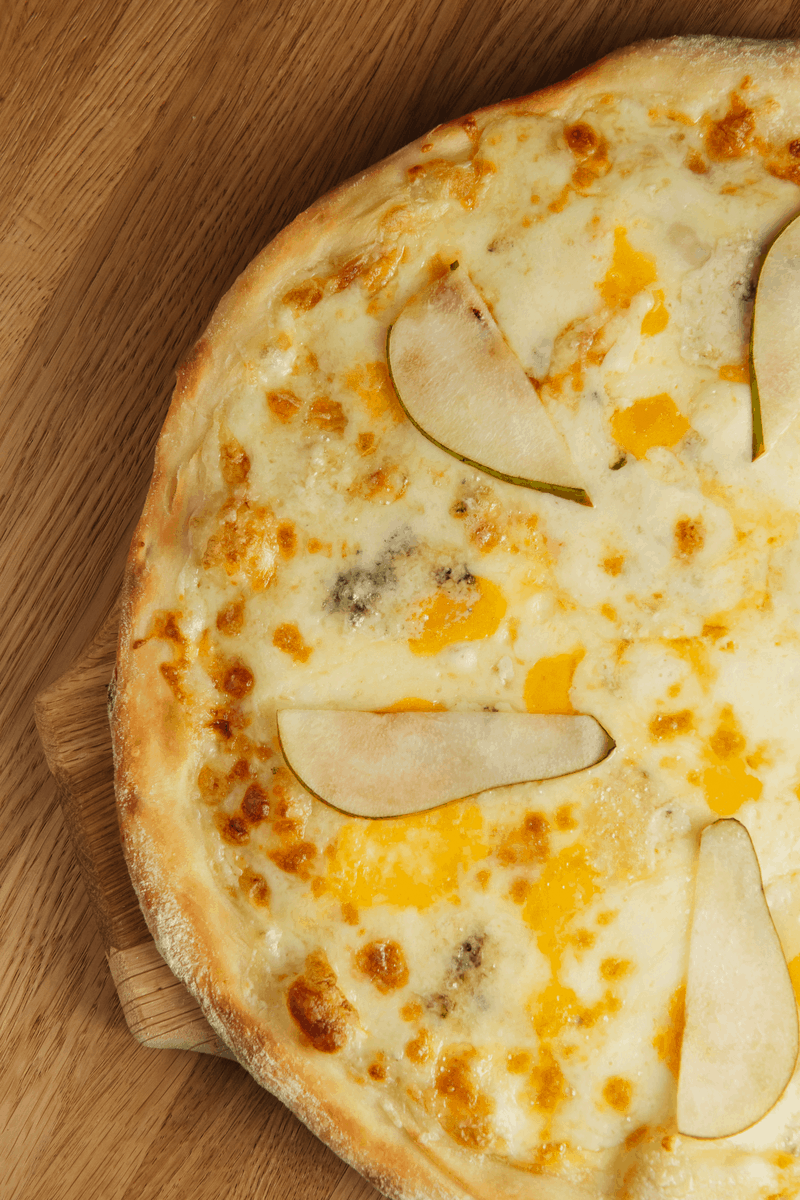 When we talk of the origin of Pizza, we speak of Naples. In the year 1738, Antica Pizzeria Port’Alba, the first-ever built Pizzeria, was opened. They served a unique kind of Pizza made with lard, sheep cheese, pepper and basil and called it Mastunicola.

This is the foundation of white Pizza because Margherita was invented after the 1800s and Mastunicola became the locals’ favorite.

Giordano’s Pizzeria has more stories to tell about the white pizza.

But Pizza is about the Margarita sauce; what does white Pizza have? 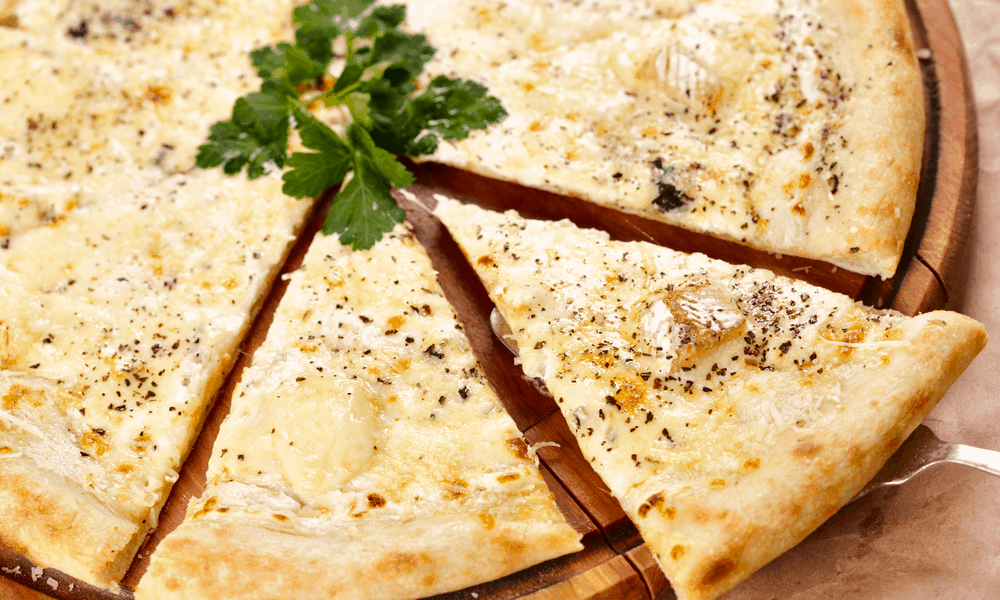 White Pizza makes no use of red sauce but uses other ingredient; sometimes, they use white sauce like béchamel.

The Pizza is made of a regular pizza dough which can have either thick or thin crust depending on the Pizzeria, with a thin layer of ricotta cheese, scattered quality Mozzarella, seasoned with a drizzle of olive oil, garlic and sometimes parmesan cheese. BBC Good Food shows how to make the perfect béchamel white sauce for your meals.

To others, white Pizza can just be a thin crust with Mozzarella, sliced sweet onion and sliced black olives with a layer of garlic pepper and oil. Others may serve it as a pizza dough crust with Alfredo sauce or ranch dressing with some provolone cheese.

The servings of white Pizza are different which is also similar to the different types of red Pizzas. This YouTube video shows you how to make the perfect white pizza sauce at home.

White Pizza vs Normal Pizza; Which is Better?

This is always a debate amongst food lovers on the difference between white Pizza and regular Pizza and here are several differences, which includes;

Which Pizza type is Best for slimming down? 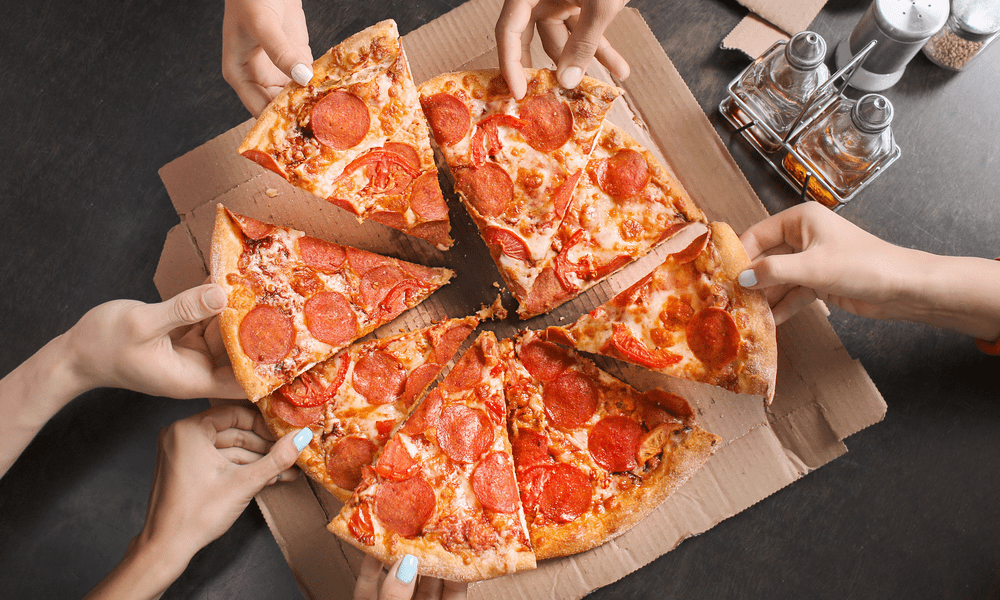 Ironically, the red pizza type is best for slimming down. This is because white Pizza contains a lot of oil in the form of olives and black olives, and they ensure the oil is of very high quality.

The regular Pizza contains regular calories, which is usually in the form of cheese and sauce. For slimming down, go ahead with your traditional Pizza in moderation. This similar to thin and thick crust pizzas, with thin crust disguising as the low calories crust.

Which Pizza type is perfect for people with acid reflux? 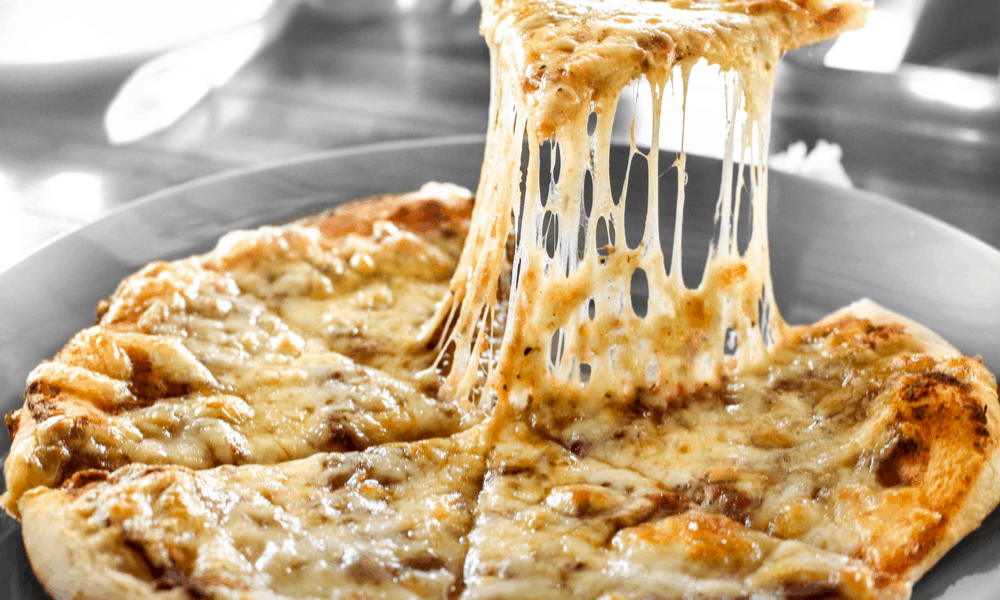 The white Pizza is perfect for people with acid reflux. This is not because it is far better than the typical Pizza, but because of its sauce combination.

Tomatoes are the primary cause of acid reflux or heartburn, and a lot of people often complain about eating Pizza and getting heartburn attacks almost immediately.

The white sauce in white Pizza is perfect for people with heartburn due to the lack of tomatoes. You can order your usual Pizza and exchange the tomato sauce for white sauce or just get used to white Pizza. 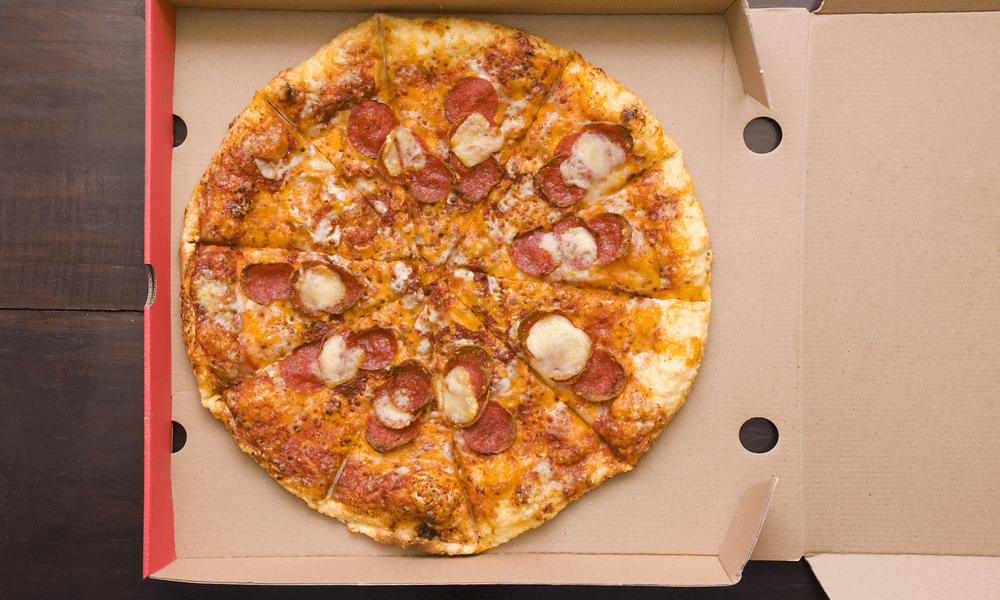 Others say there is no pizza without tomato sauce, but the existence of white Pizza debunks this fact. White Pizza is often at the losing end due to its lack of popularity.

The average commercial food chain rarely serves white Pizza, and if they even do, it is a far cry from the original Italian Pizza. This is why only old Italians Pizzeria serve white Pizza because the recipe is always hard to copy.

But, according to surveys and questionnaires, red or regular Pizzas are more preferred to white Pizza. If they had a well made white pizza, their choice would make a U-turn.

Which Pizza is harder to make? 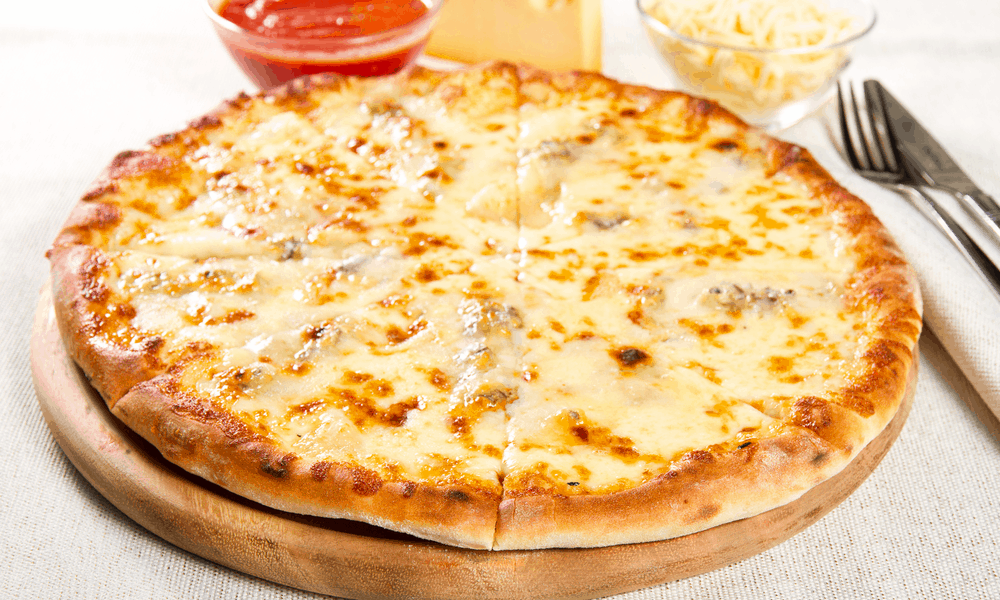 Judging by the orders that reel out of the most popular food chain, you will realize it’s white Pizza. This is because there is no Margherita sauce to cover up their mistakes in cooking and serve.

White Pizza comes out the way you make it, and most commercial food chains deal with quantity and not quality. Who has time to perfect that one white pizza order when you can make ten usual pizzas?

The white Pizza wins this because there is no tomato sauce to cover up the taste. They rely on quality produce and rigorous preparation and cooking methods to produce a white pizza.

Any spoilage in any of the ingredients will be noticeable in the taste. This is why you feel more flavors when eating white Pizza because the veggies, the toppings, the sauce and the cheese are in harmony with the olives.

Tomatoes are also known to not give room for different flavors to shine. Equally, usual pizzas are often more of the tomatoes, cheese, and dough than the subtle flavoring. This YouTube video by Adam Ragusea will show you how to make a tasty homemade white pizza.

White Pizza is different from vegetarian Pizza because it includes animal products such as cheese in it. Vegetarians are known to avoid animal-based produce.

Which Pizza has more cheese? 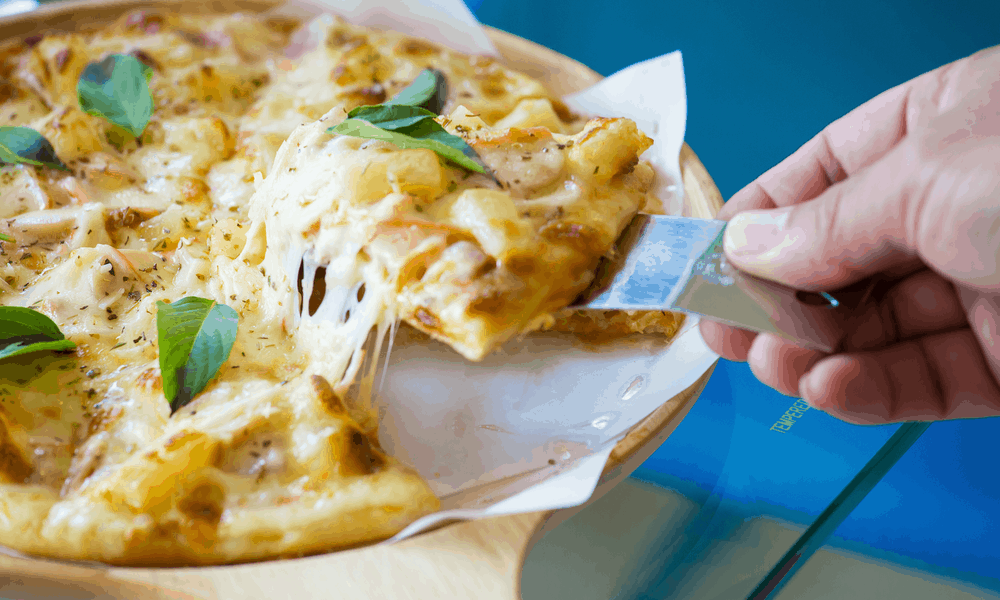 If you are in for cheese, go for the white Pizza because it has more cheese content than the red Pizza. This may not be compared to other styles of red Pizza that also have high cheese content. White Pizza is also perfect for people who love garlic.

If you love olives, it’s time to start eating white Pizza because they sometimes contain olive oil and black olives. For the love of cheese, check this cheesy white pizza sauce here.

Is White Pizza for Catholics?

There are rumors that the white Pizza is for Catholics observing white fasting. This is not so because anybody can enjoy white Pizza and it is not subjected to a particular event or doctrine.

White Pizza is almost as tasty as the standard red Pizza. Try Pizza without the regular tomato sauce and find out other beautiful tastes of flavor like garlic, olives, white sauce, and Alfredo dressings. There is no need for comparison between these two pizza types because two kinds can coexist. 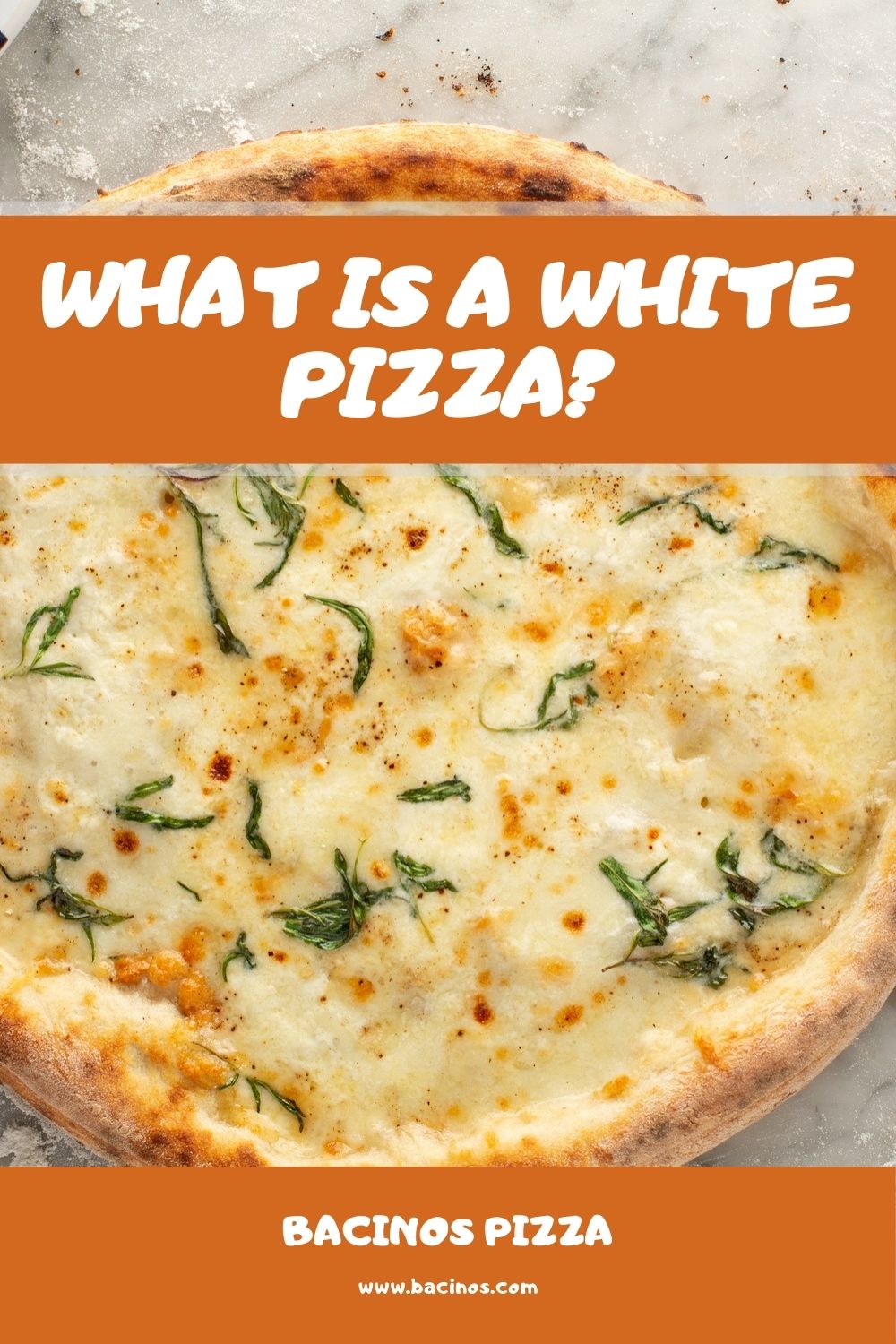 1 thought on “What is a White Pizza?”