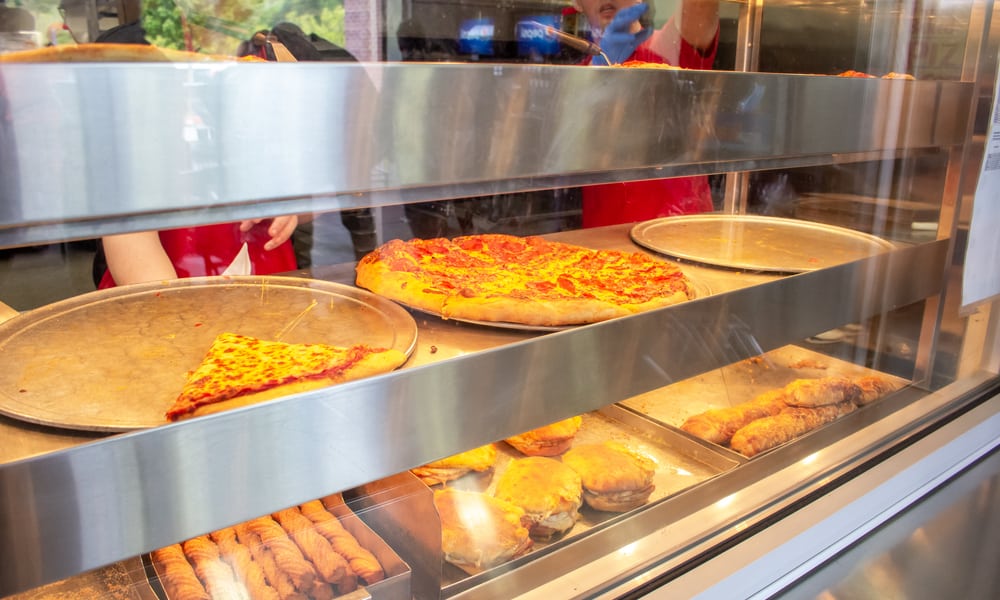 Do you want to satisfy your craving with a sumptuous pizza? Costco offers you some of the best pizzas at the fairest prizes among all American restaurants.

Pizza is a US staple snack, and it’s no surprise that the average American consumes about 6,000 slices in a lifetime or 23 pounds a year. If you’re looking for a cheap yet fantastic pie, Costco will undoubtedly hit your mind. But what are the Costco pizza sizes and price? 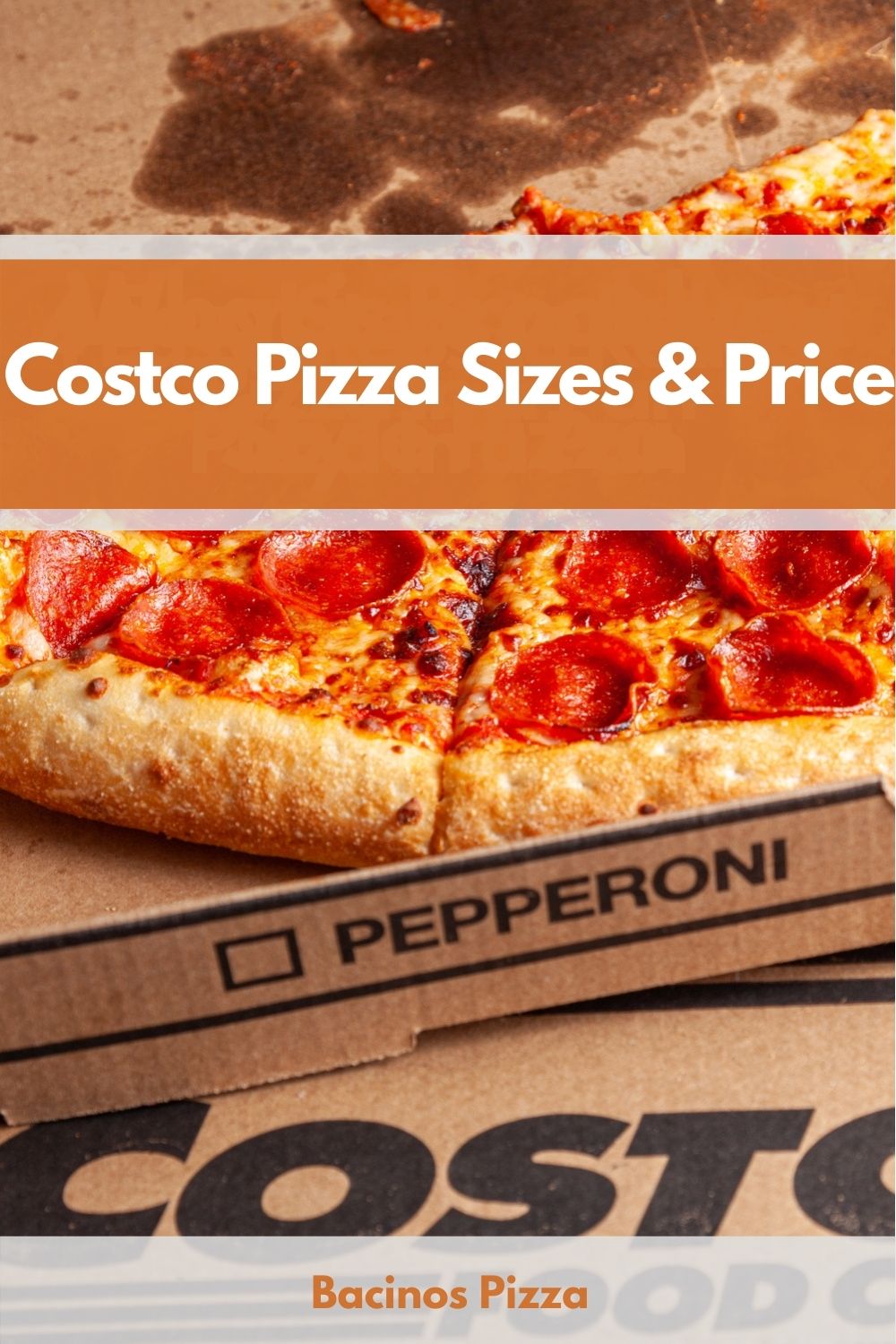 How large is a Costco Pizza? What’s the size of a Costco pizza? How much does it cost? And how many should you order? 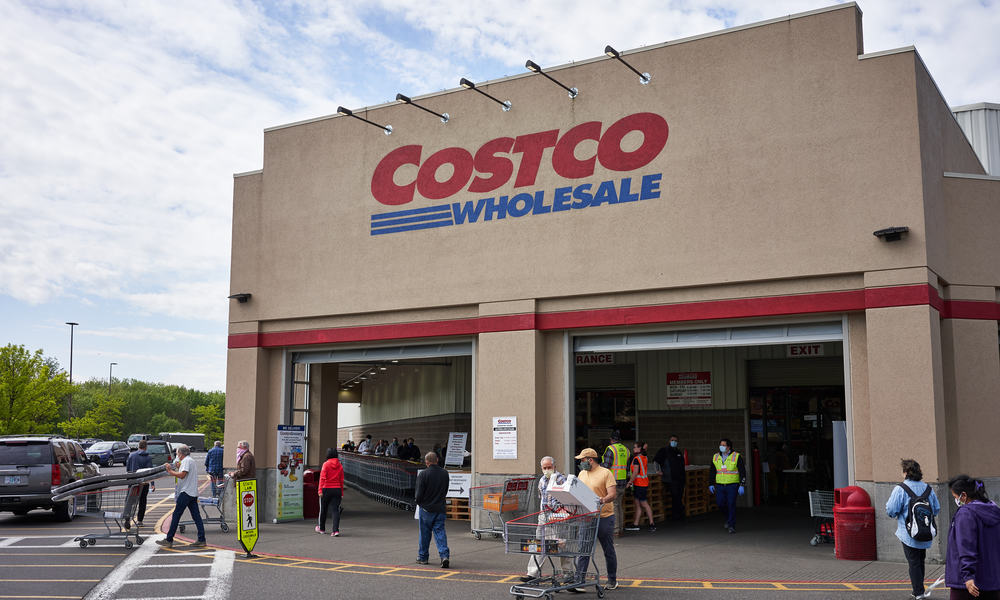 The 2020 pandemic showed us just how vital a roll of tissue paper could be. Don’t get too surprised that the company with built toilet paper is also hot selling some delicious pizza!

Founded in Seattle in 1983 as a wholesale corporation and later included the retail of food in their Costco restaurants and stores. Today, Costco runs over 700 pizzerias around the world.

Types of pizza sold at Costco

The type of Costco pizza can vary from one food court to another. But, the most common styles of pizza at Costco include Cheese, Pepperoni or Combo. 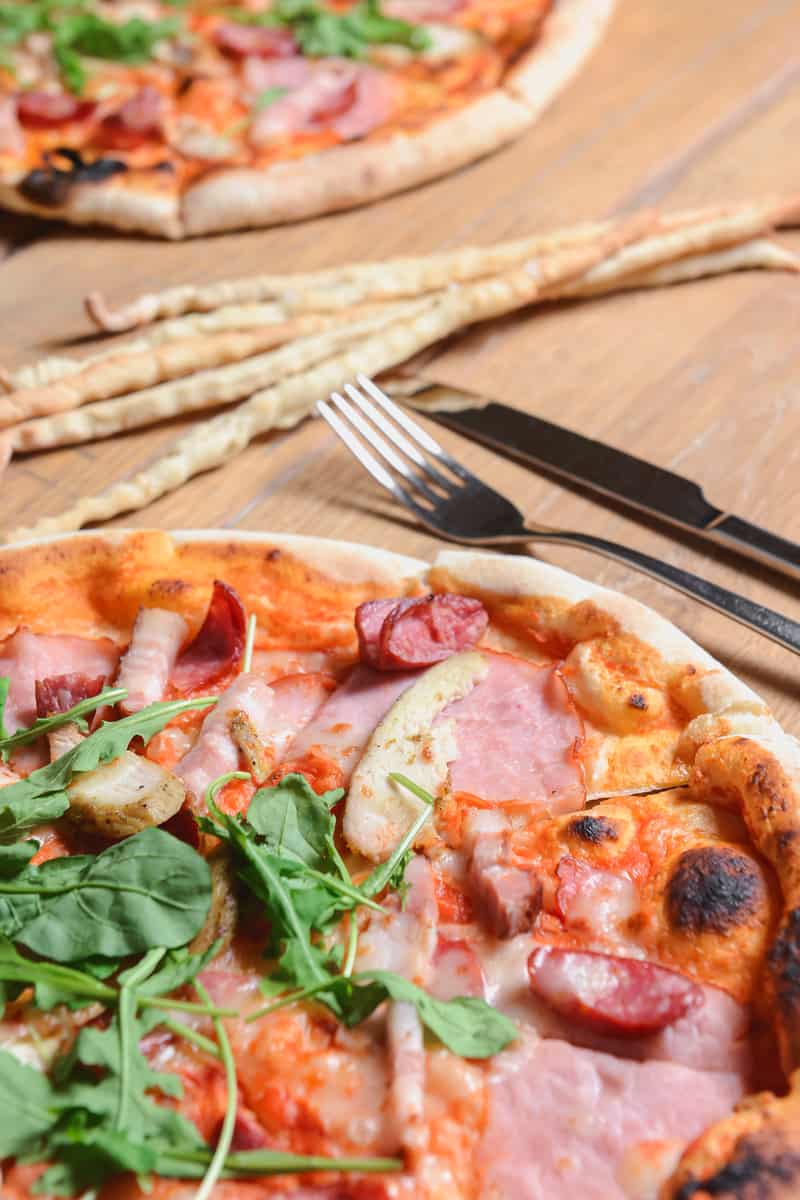 The Combo mainly combines meats with veggies. Combination pizzas have cheese, meat and vegetables. Simply, it’s a combination of the ingredients used in both the pepperoni and cheese varieties. 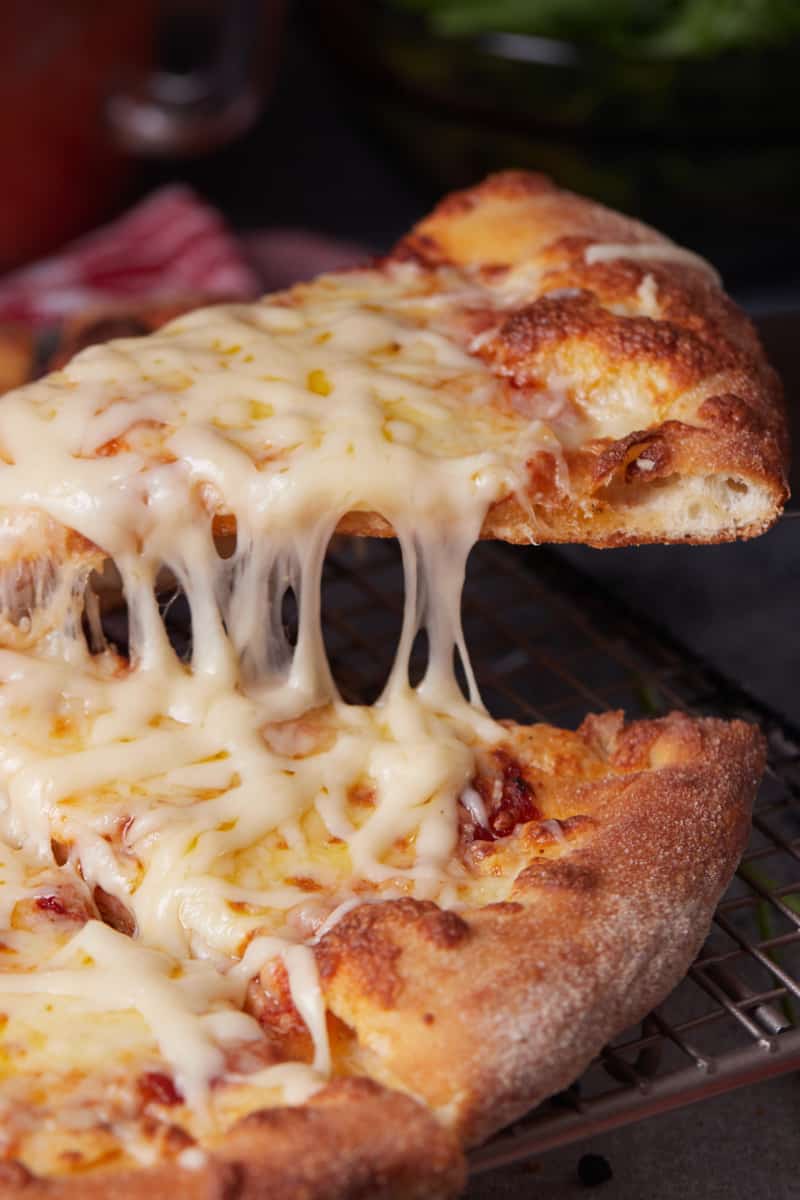 The cheese pizza is possibly the most popular of all Costco snacks. All cheese is fresh, and they don’t use processed cheese. 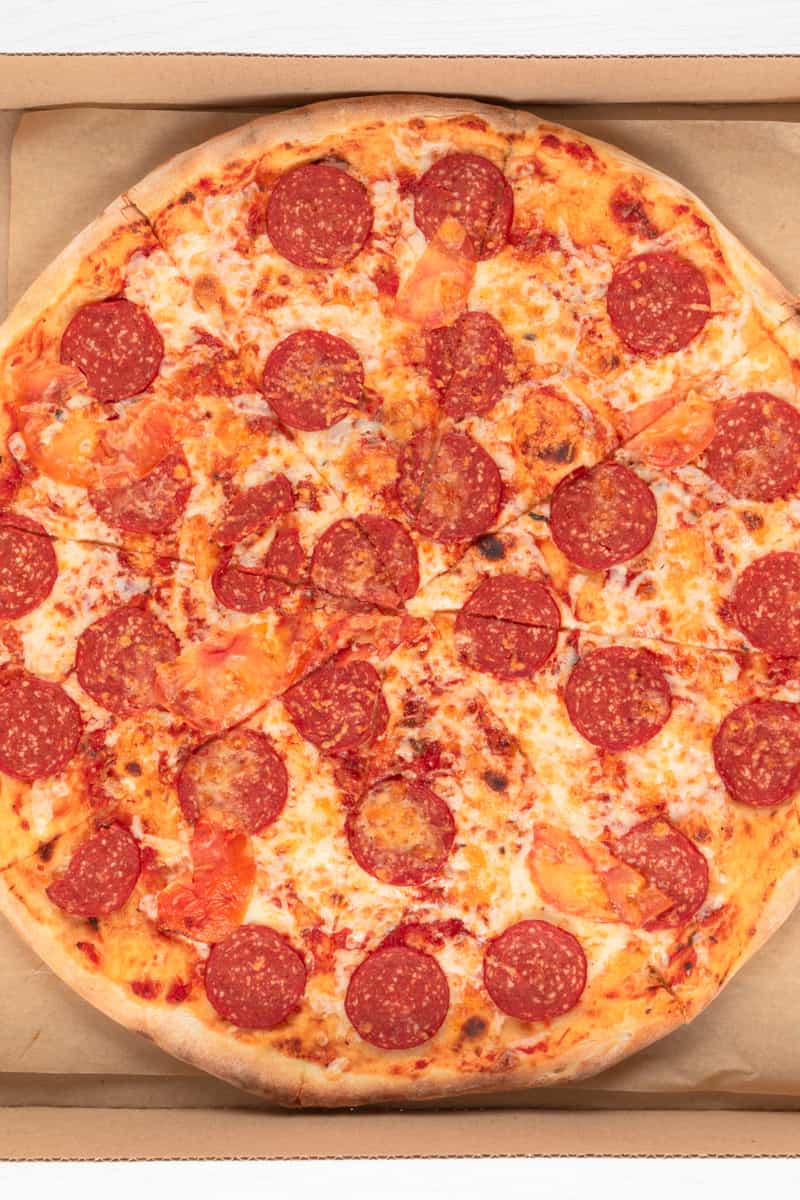 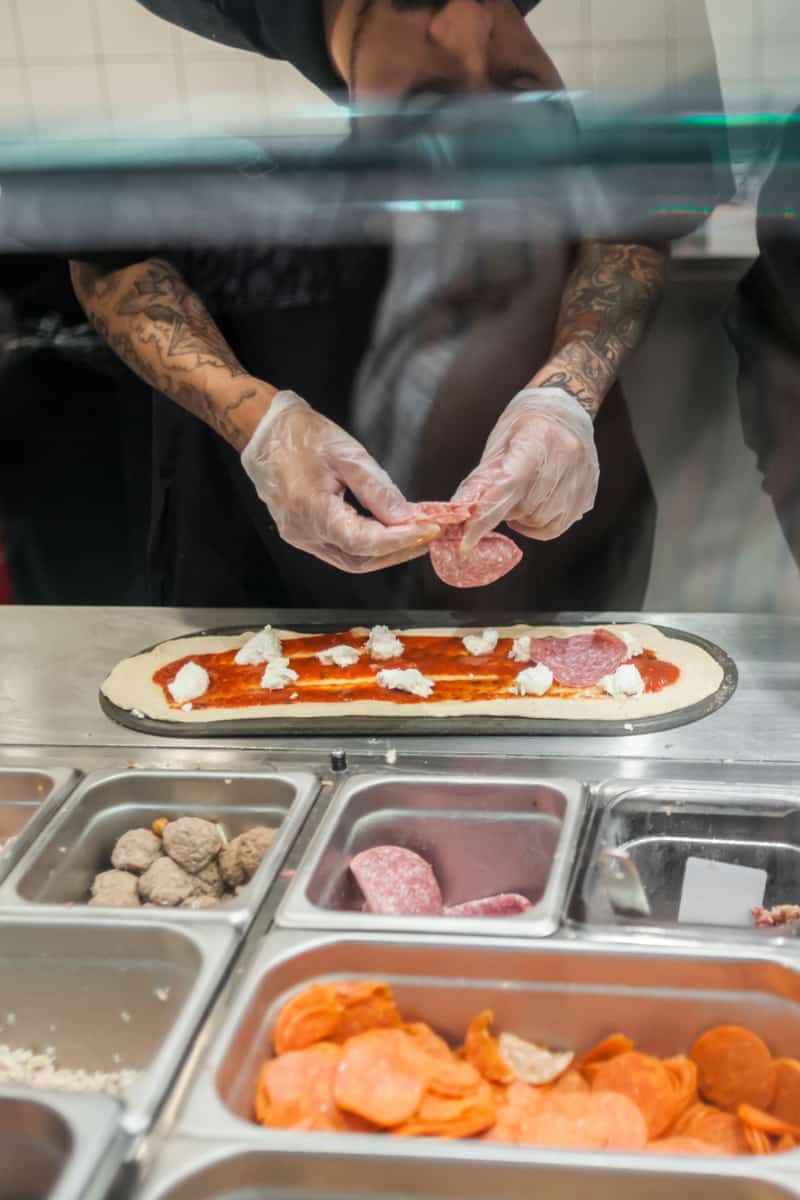 Most Costco joints offer customized pizza in which you order one with your preferred ingredients. It’d take about 10-15 minutes to get yours ready.

Size of a Costco Pizza

Costco bakes pizzas that are 16 to 18 inches wide. The pizzeria offers some of the largest pizzas among other restaurants.

They don’t have the small-sized pizzas, but instead if you can get as many slices as you’d want. Each 18” pizza has 12 slices.

Price of a Costco pizza

When you’re looking for the cheapest pizzas in town, Costco is likely to be top of your mind. At Costco, pizza outlets sell the pies for $9.95 throughout the year at 700-plus outlets worldwide. That’s the price of a Starbucks latte for two!

Then, each of the large pizzas cuts into 12 slices that go for $1.99 each. If you’re considering the economy of scale, you will save nearly $14 by going for the pie instead of the slice. 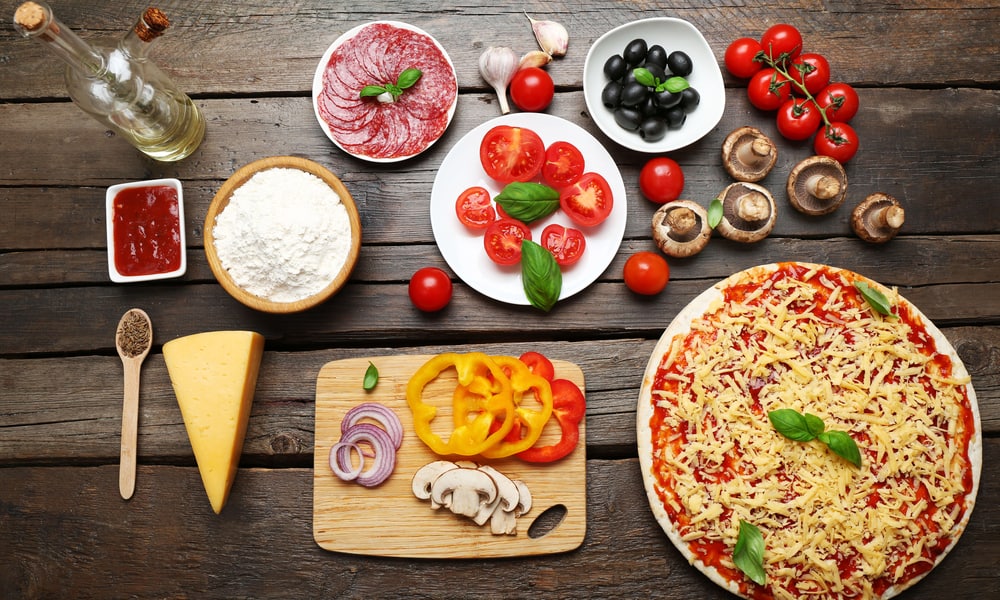 A Reddit user who claims to be part of the Costco staff gives a free recipe on the preparation of the pizza. Caesar dressing brushes the pizza dough and cheese, bacon bits as well as chicken breasts.

Then, it’s grilled into a tube with pinched ends. The chef then dresses and sprinkles more cheese on the outer part of the tube. The rest is then put into the oven and baked for about six minutes at about 600 degrees. 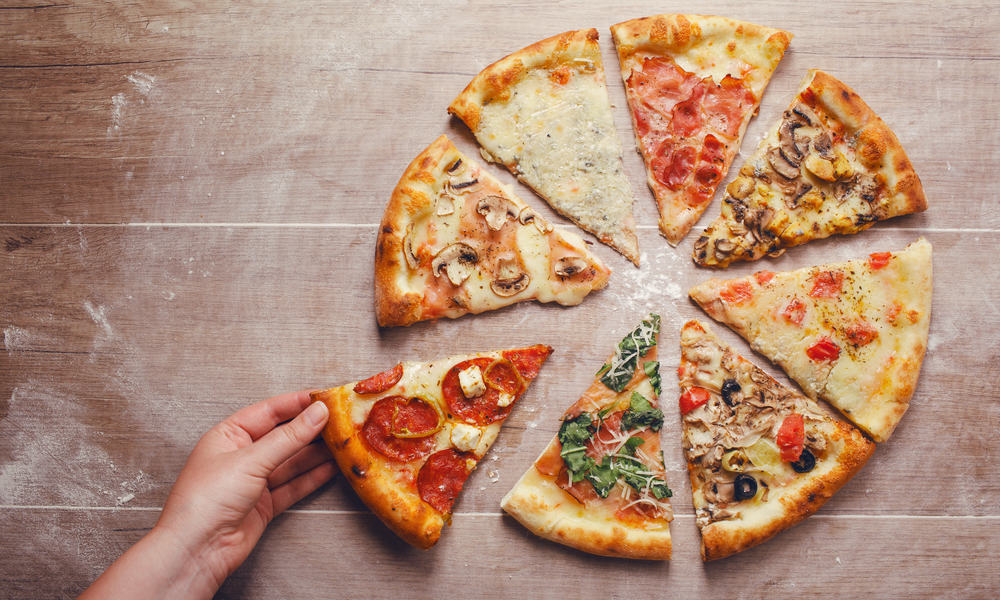 A tasty snack and a generous bunch of delicious toppings draw a religious following for the Costco pizza. Some popular toppings you’d find on a Costco include:

How many Costco Pizzas do I order? 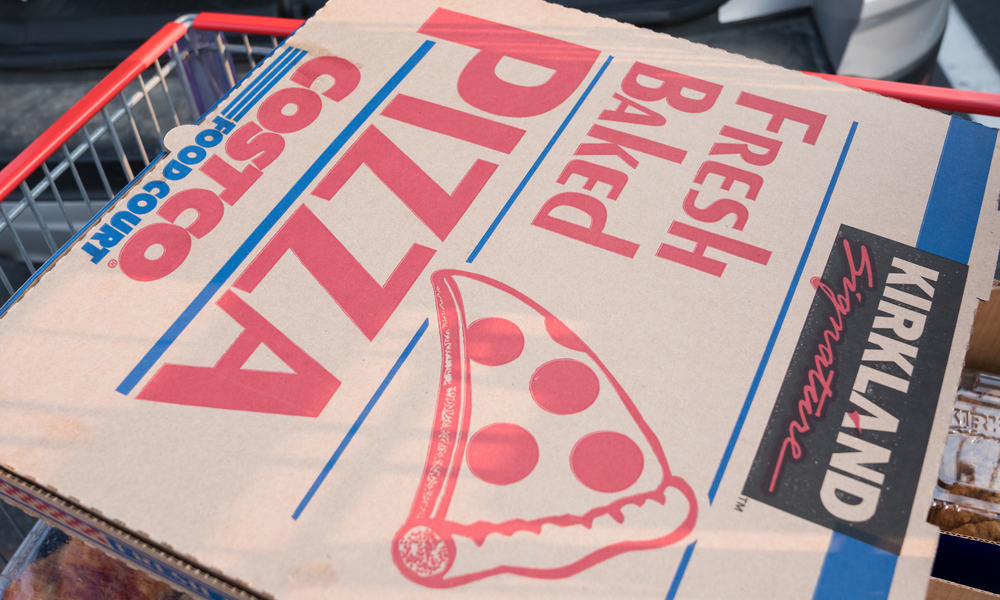 Ordering pizzas for a large number of guests can be stressful. If you get the number wrong, you may end up with unhappy kids who didn’t get enough slices.

And, your guests may not get satisfied with what you offer. Still, if you order too many Costco pizzas, you could have to deal with the unwanted leftovers.

Remember, Costco pizzas are far larger than the standard pizza. So, order with the size of your pizza in mind.

First, count the number of guests you invite, and get at least two slices for each. An adult can comfortably take three, while kids should be okay with two.

But, don’t underestimate the appetite of the guests. Ensure there’s enough to feed people with higher appetites.

The good part is that you can ask your attendant to get you a pizza with either more or fewer slices. For instance, you can get eight slices instead of the usual 12. When you’re ordering pizza for a kids’ party, request that the attendant slices it into 16 or more slices,

So, one Costco pizza should serve six to eight people. If you’re holding a party with fifteen guests, order two or three.

How to order Costco Pizza

Ordering a Costco pizza is pretty simple- just walk into one of their restaurants and say it! However, when a bite is not enough, you can save your time by ordering specific types of pizza.

Sometimes, you want all the Costco pizza baking power in your hands. So, you can take your unbaked pizza and do the finish at your home.

The take-n-bake ordering system allows you to make a home pizza without needing to be culinary savvy. Baking at home means you have the freedom to add your favorite topping generously!

When shopping at Costco, enter the food court and order your pizza. Order your pizza and continue with the rest of your shopping. Then, add it to your checkout when it’s ready.

When you don’t have 15 minutes, call the food court and order the pizza. Tell the assistant the kind of pizza you want and your name. Costco may require non-members to make their payment in advance for convenience purposes.

Pizza is not the only item on the Costco menu. You’ll find meats, beverages and sweet chewable and drink. The primary item sold at Costco, however, is the hot dog and other meat dishes.

Costco is famous for its chicken bake, chicken caesar salad and BBQ. And, the low prices for Costco foods do not just end at the restaurant. It extends to their food courts. So, you can grab a BBQ for less than $5.

If you have a sweet tooth, Costco has got you covered, too. Their Very Berry Sundae will cost you less than $2, but you’ll enjoy its every lick.

But, while the pizza is cheap, it’s tasty too. You get three pizza options on your menu: cheese, combo and pepperoni. Costco loads your snack with delicious toppings.

And, although they may not necessarily advertise this, Costco offers you a custom pie. In short, you can order a pizza that fits all the ingredients your family likes.

You can have half cheese, half pepperoni, or combo- whatever you want. Then, the pizzeria lets you choose what toppings you want. 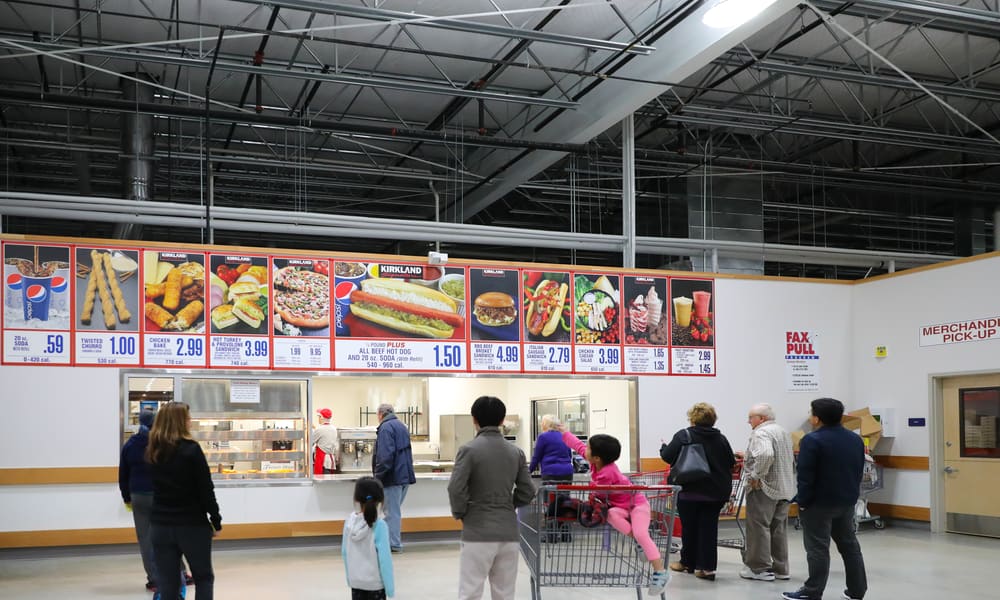 The idea of wholesale food is gaining fast popularity around America. The Price club by Sol Price Club became the first chain to have a membership plan in which members could get food at low prices. With an annual subscription, Price Club would sell its food in bulk at low prices.

Then, the company merged with Costco to reach several restaurants around the US. All Costco restaurants have a unique feature- a members-only club that offers special treatment for the members.

Paying a membership fee is not an easy decision, especially for Costco, which offers low prices for all its products. Whether you’re buying a pizza, hot dog, ice cream, or snack, the pricing will be astonishingly low.

At the beginning of 2020, Costco announced that all shoppers who wanted cheap food would have to subscribe to the $60 club membership.

However, the Costco food court and membership program have lots of benefits. For instance, some of the courts are open to members only, while others are open to the public.

Every Costco member has access to all the details of the ingredient of the pizza. The restaurant wants you to keep check of your health, and so, they let you see what you’re putting in your body.

So, they’ll tell you about every fat, calorie, or additive they put in your food. In fact, you can get a hard copy of all their nutritional info for every item you order.

A monotonous menu is not only boring but also unhealthy. Costco rotates its menu items for regular and subscribed members to give them a taste of every nutrient. The Food Court has a reservation for the rotating menu.

How many inches is the Costco Pizza in diameter?

The Costco pizza measures 16 to 18 inches. The size varies in different locations, so you may want to check out with your branch.

How many slices does a Costco Pizza have?

What is the Costco waiting time?

It’ll take Costco 6 to 15 minutes to hand you the pizza.

How can I hack the Costco menu for the best meals?

Yes, we have several tips to ensure you get the best experience at Costco pizzas.

Hack the Costco menu by:

When should I buy a Costco Pizza?

Costco operates throughout the week. They are open from 10 am and close at 6 pm on weekdays and a little earlier at the weekend. However, their warehouses remain closed throughout the major holidays.

This table shows the Costco opening hours and operational time

What are the good and the bad of Costco Pizza?

Like every pizza out there, Costco has its good and bad side. On this table, find the pros and cons of the Costco pizza. 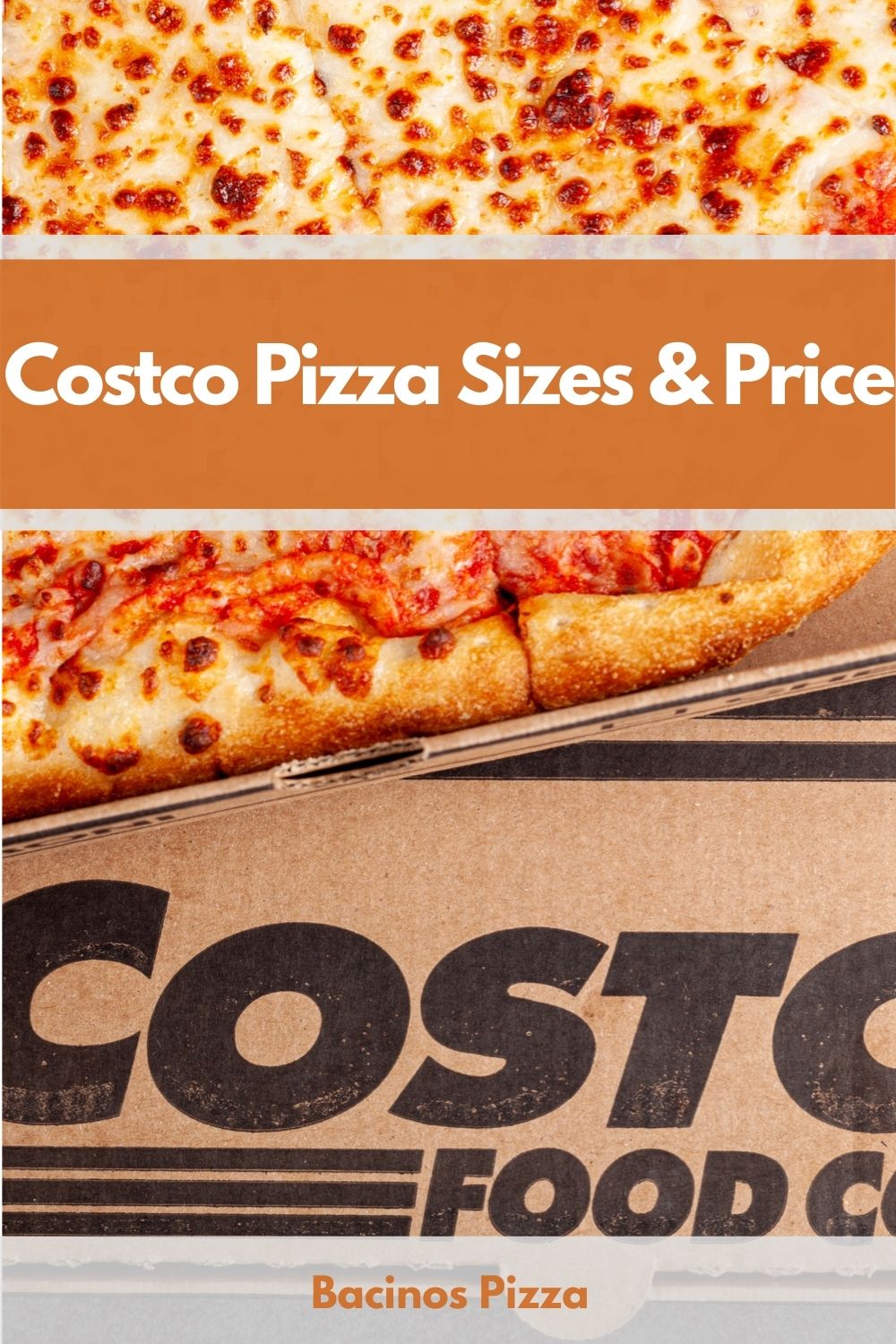 2 thoughts on “Costco Pizza Sizes & Price: How Many Do I Order?”