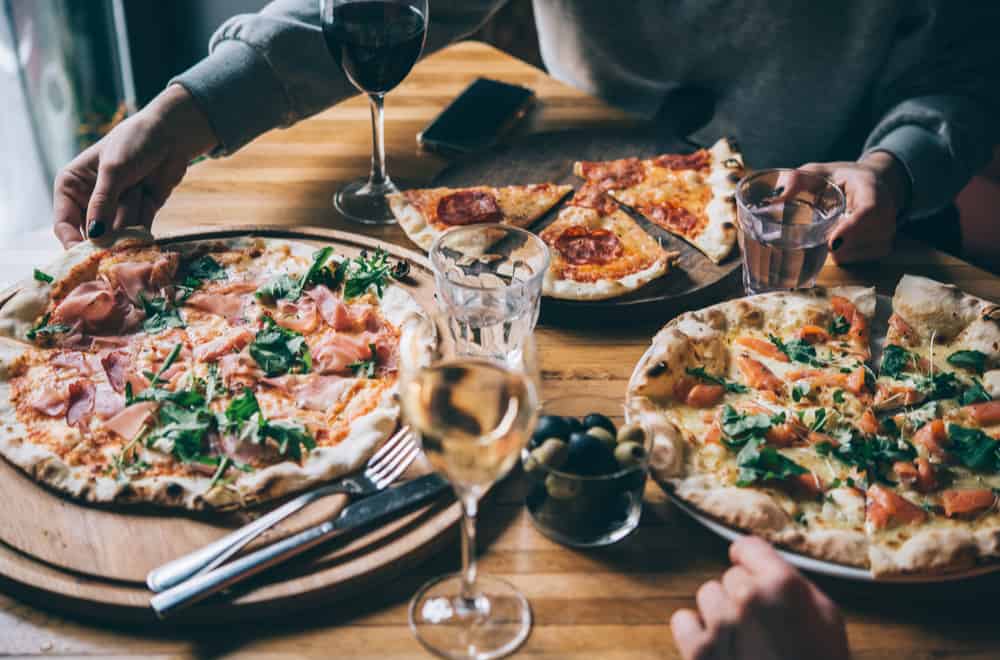 From the onset of creation, there has always been the need for comparison, from people to music, to dress, and even to food, the need for differentiation has always happened. Questions like which is better? Which came before the other? 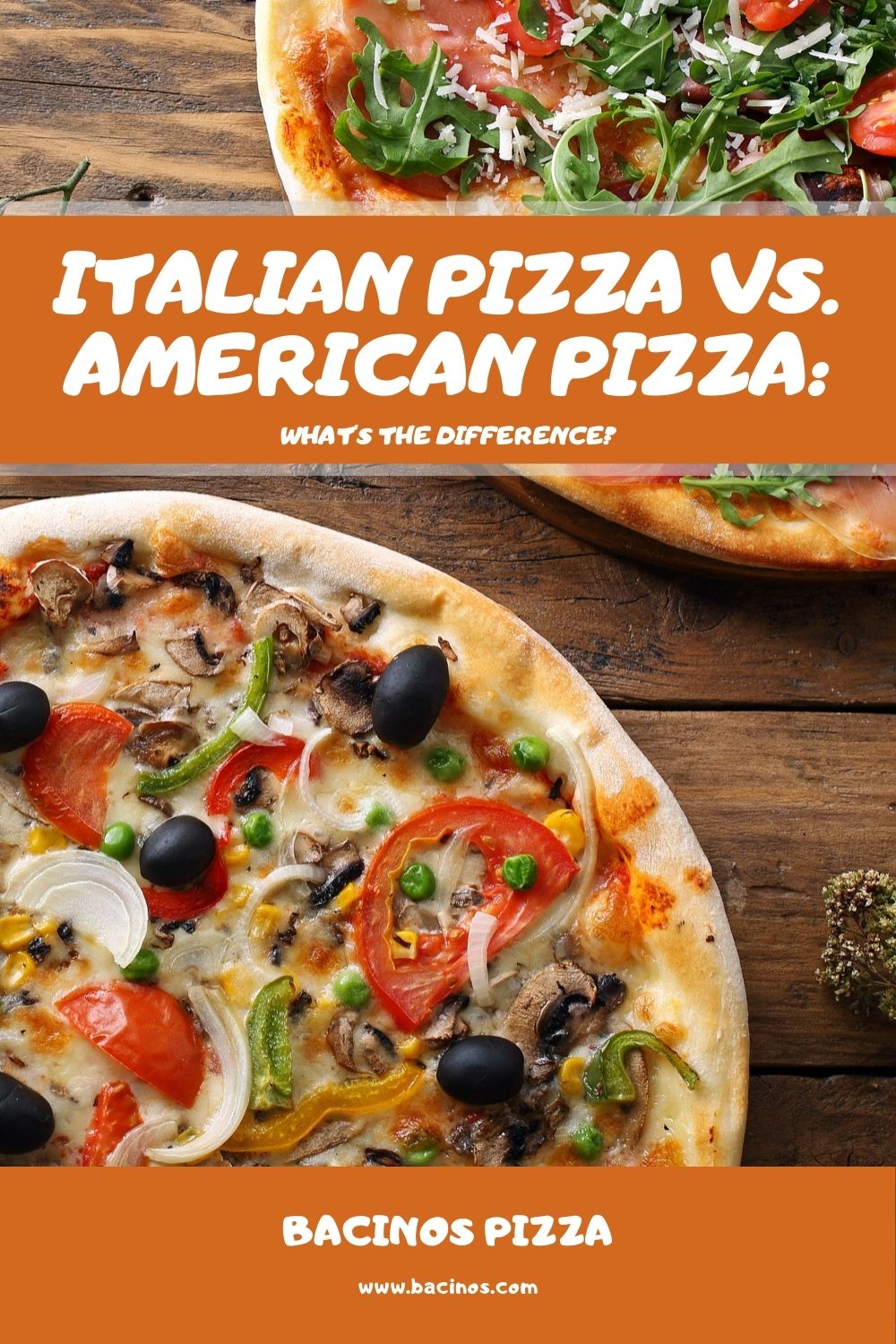 Pizza wars can be dated as far back as the history of pizza existence, and the two types in consideration today are the Italian Pizza versus the American pizza.

The war between these two countries has been endless, with Italy gaining the upper hand in the invention of pizza in America. But what is the difference between these two pizza types that sets them apart, before we go into that let’s look at the history; 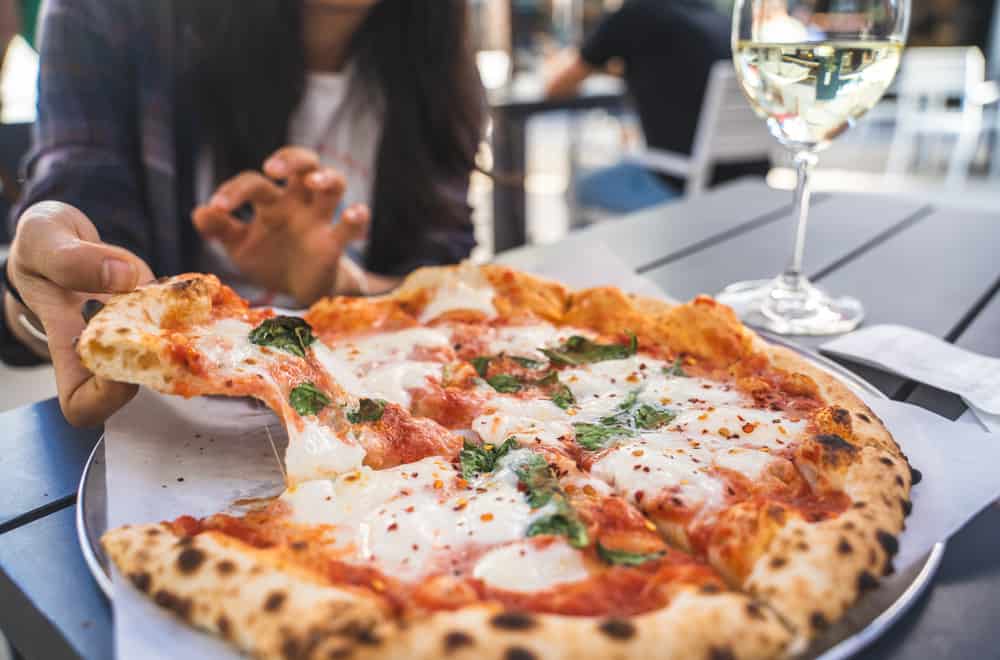 When you discuss the history of Italian Pizza, you are talking about the history of pizza itself as the Italians were the creators of the first pizza-like cuisine.

In 1738, the first ever-known Pizzeria was birthed into existence and it was named Antica Pizzeria Port’Alba which majorly sold Neapolitan pizza to tourists visiting Naples with various topping choices.

Others believed the origin of pizza, the modern-day looking pizza style, was originated by then the popular coffee maker, Raffaele Epostino who made it for Italy’s Queen consort, Margherita of Savoy.

This pizza contained the pizza dough, tomatoes and sprinkled with basil leaves. This is to represent the flag of Italy which is white, green, and red. Life in Italy will tell you more about Italian pizza history.

The History of American Pizza 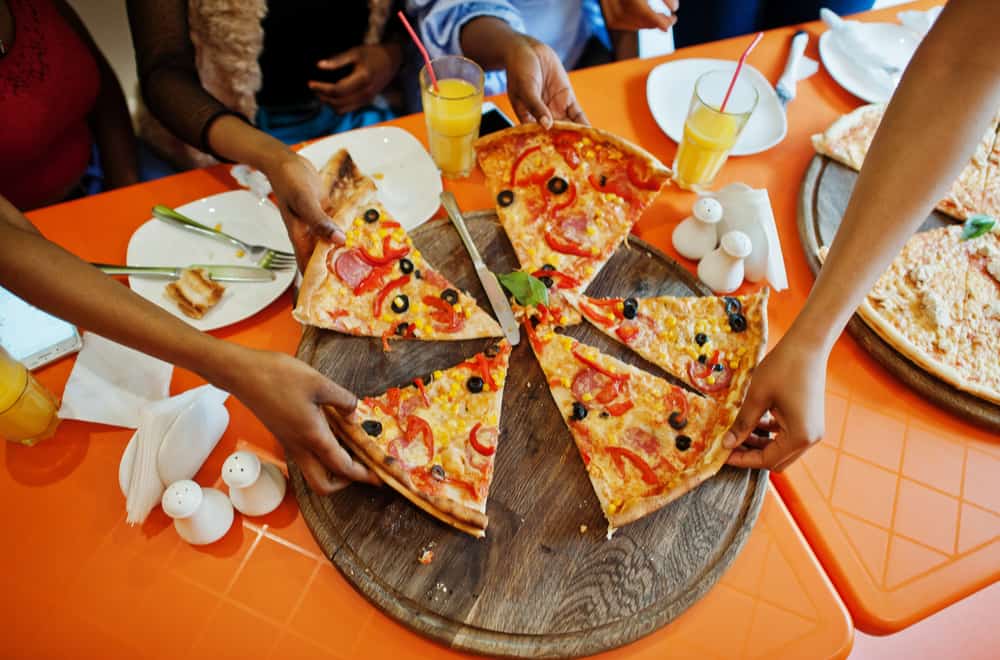 The history of American Pizza revolves around Italy, the pioneers of pizza. It was said to have been brought by an Italian and the first Pizzeria in the United States was located in Little Italy, New York City.

The two histories both revolve around the pioneers of pizza, Italy. But these similarities also gave rise to huge differences as the Americans had a spice of variety in the taste, toppings, and even presentation.

They believed they gave pizza the modern touch. The difference between these two pizza types are; 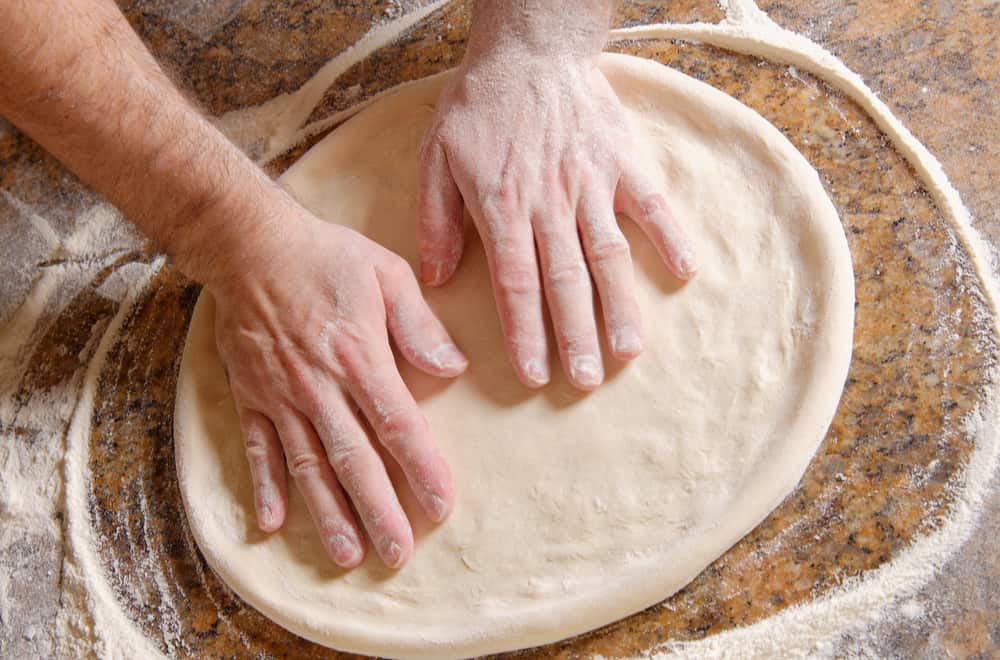 This is the base of pizza but what are the differences between these two pizzas. The Italian pizza dough is made with extra care by paying attention to time.

After preparing the dough, it is allowed to sit for at least 24 hours or even 72 hours sometimes. This is to allow the leavening of the flour in the dough. They pay attention to the type and amount of flour used.

This Italian manner of care is not often performed on American pizza dough as any type of flour can be used and their wait time ranges from 8 hours to 16 hours. This is why most commercial pizzerias make pizza in a short time. 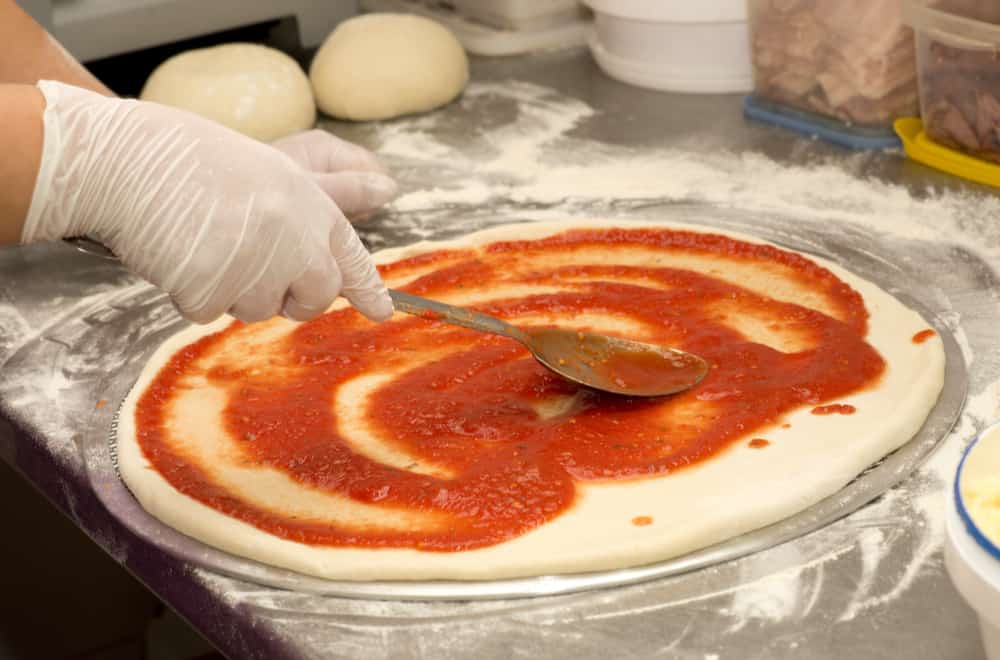 Italians use fresh & pure tomato sauce which is usually unflavored and devoid of any additives or colorings. This sauce is the main characteristic of the classic Naples pizza from Italy. Other Italian pizzas may incorporate other cooking components in their sauce.

The Americans use thick and flavored tomato sauce which is usually cooked beforehand. This is the feature of a typical New York Pizza, other American pizza styles may use other sauce types.

What is a typical American pizza without Mozzarella? This cheese is partially skimmed, containing low moisture, fermented, and salted before use. Other types of American pizza incorporate Mozzarella with several cheese types like provolone.

The Italians also use Mozzarella, but theirs undergo a completely different process unlike the Americans, they use full moisture, fresh and wet Mozzarella. Italians are always concerned with the freshness of their produce. You can get more info of cheese on Wikipedia.

Americans believe anything can be pizza toppings, including pineapple. They exhibit the more, the merrier attitude and will often put anything in their crust as a topping.

They have pizza toppings ranging from extra cheese, to mushrooms, to meat and chicken, to figs and pineapples. Anything goes on top. This YouTube video shows how a New York Style American pizza is prepared.

The Italians are more rigid with their choice of toppings, it is rare to find an Italian pizza with more than 3 toppings. This is because Italians believe different pizza toppings can cause disharmony in your mouth during chewing. They believe the few chosen toppings should create a natural harmony when eating.

If you ever need an Italian pizza with several toppings, ensure it is prepared by a very seasoned Italian Master chef who is in tune with several ingredients. Despite the rigidity of Italians with toppings, a part of Italy often called the American of Italy is generous with their choice of toppings.

Rome is known to love thin-crust pizzas with several toppings which are often eaten with a fork and knife and sometimes with hands. They also have fruit toppings such as figs and apples and are known to eat pizza with beer or alcohol; doesn’t that sound America-like?

But generally, a true Italian will find it worrisome to eat a pineapple topping pizza or a chicken topping pizza.

When it comes to baking pizzas, Italians are still in time with the olden days’ method. Most classical Italian restaurants still use coal or wood-fired ovens, some still possess stone-fired ovens. They believed these types of ovens often preserve the taste and smell of pizzas. These ovens are originally made to heat pizza perfectly. This YouTube video shows a standard Italian pizza in preparation and baked with a wood-fired oven.

Americans are more into modernized equipment and will use the normal convection oven to bake pizzas as most food chain merchandise do. Some restaurants in New York City sometimes imitate the coal and wood-fired ovens. 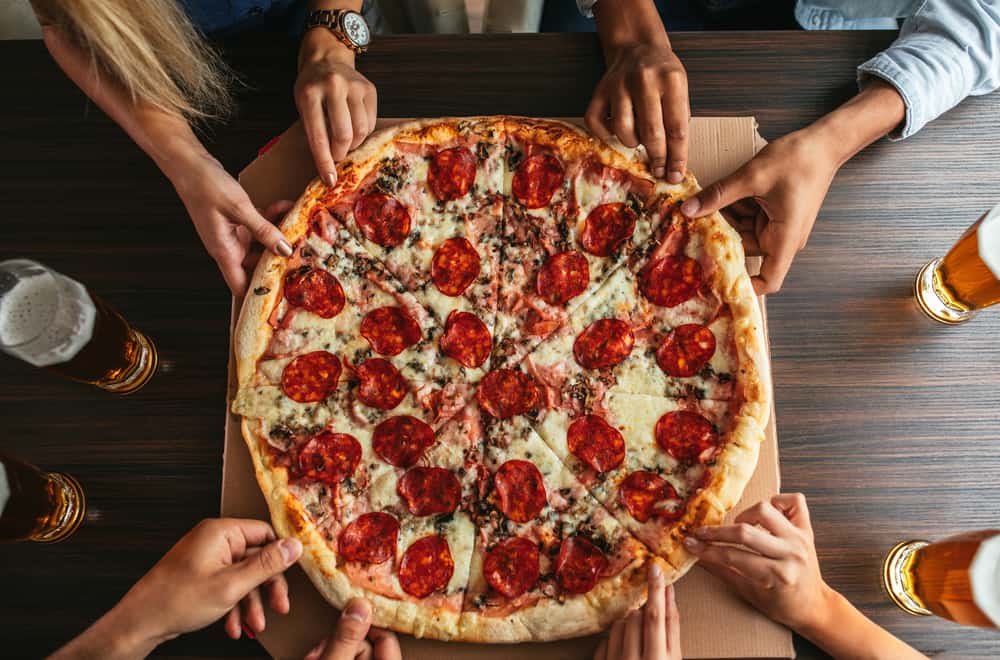 American pizzas are cut upon arrival into six or twelve servings. This is often seen when you order a popular food-chain merchandized such as pizza hut or Dominos. 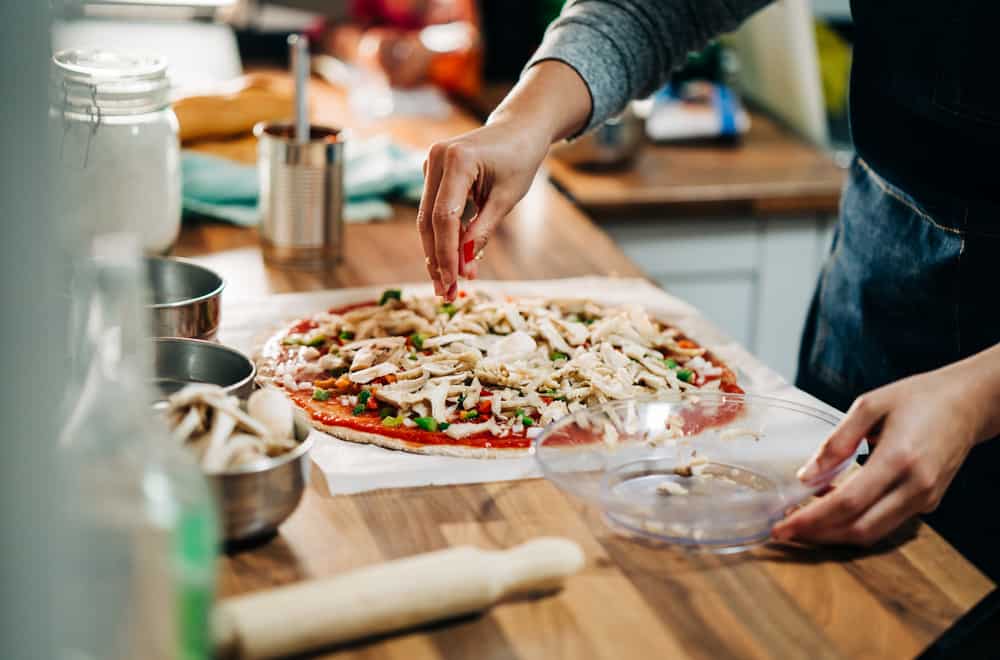 Italians do not joke with the level of freshness of their served pizza, they ensure every ingredient purchased must be from the farm to the kitchen and every cooking step should be obeyed. The cooking time should not exceed nor recede as every action taken determines how your pizza comes out.

Americans mostly do not care and this can be seen in the way most food-chain Pizzerias serve their customers. The aim is as far as it comes out well, it is perfect for consumption.

The impact of commercialization in American and Italian pizza.

Instead of traditional Pizzeria, large food-chain companies have taken over and made pizza far more affordable for the ever booming American population. This of course has its demerits as the standard culture associated with pizza has been discarded. It is more like a staple food than an item of tradition. History Today talks more on the commercialization of pizza.

Why is American pizza more successful than Italian pizza?

Pizza can be said to be compared to Language. Italians believe the standard of pizza should not be compromised with other items while Americans believe anything that can be ingested deserves to be a pizza topping.

This is similar to language with French and English as the object of comparison. French was always known to be a commercial language before English.

But to date, English is now the popular one. This is because English has decided to incorporate several languages by borrowing words of Spanish, French, and even Portuguese.

English rolled with tides rather than stand against it. This is similar to American pizza because they were with the trend and were not uptight with their flexibility.

Some people believe, the level of exposure American has given their pizza more backing while others believed in their large population. But the aim here is a success, which both pizzas are exhibiting.

Any type of pizza you choose is fine and good for you. If you are looking for a more traditionally-inclined pizza that is closest to nature, your pick is Italian pizza.

The Italian pizza is made with laid down rules which will rarely change to fit anyone. If you are looking for a mix of tradition and modernization, American pizza is the linking joint.

It is similar to rice that will accommodate any change as far as it brings a type of uniqueness and makes everybody happy. 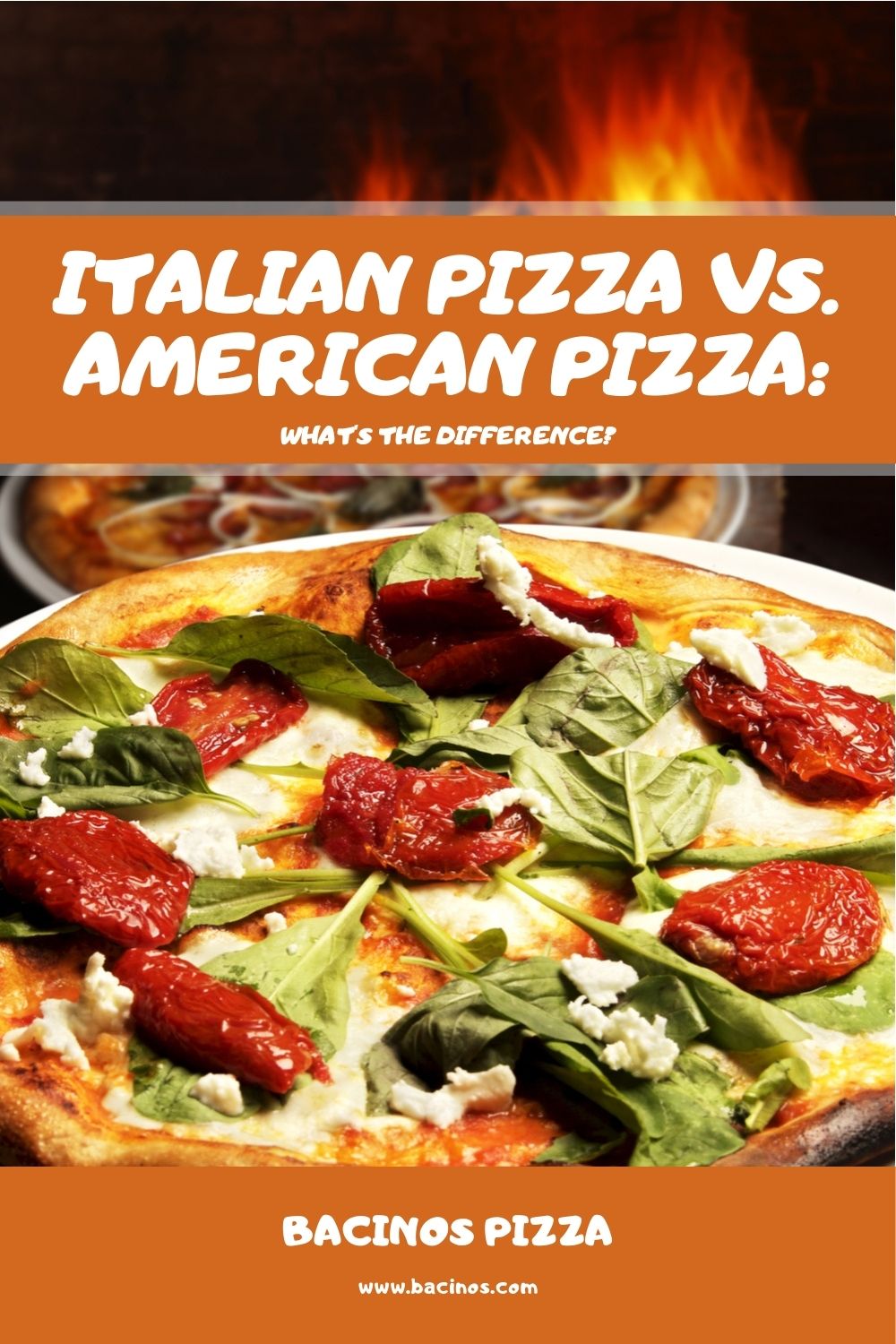